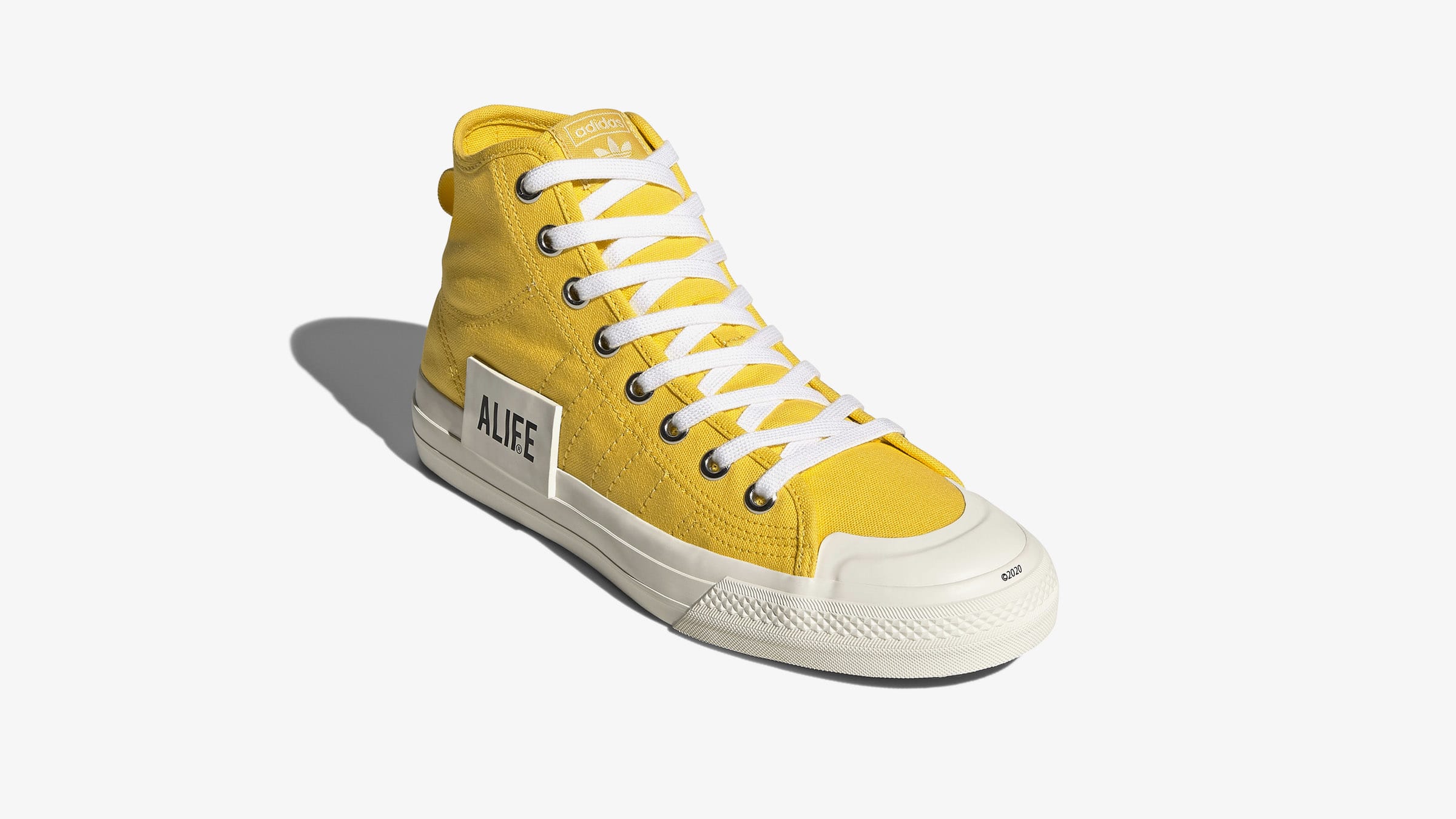 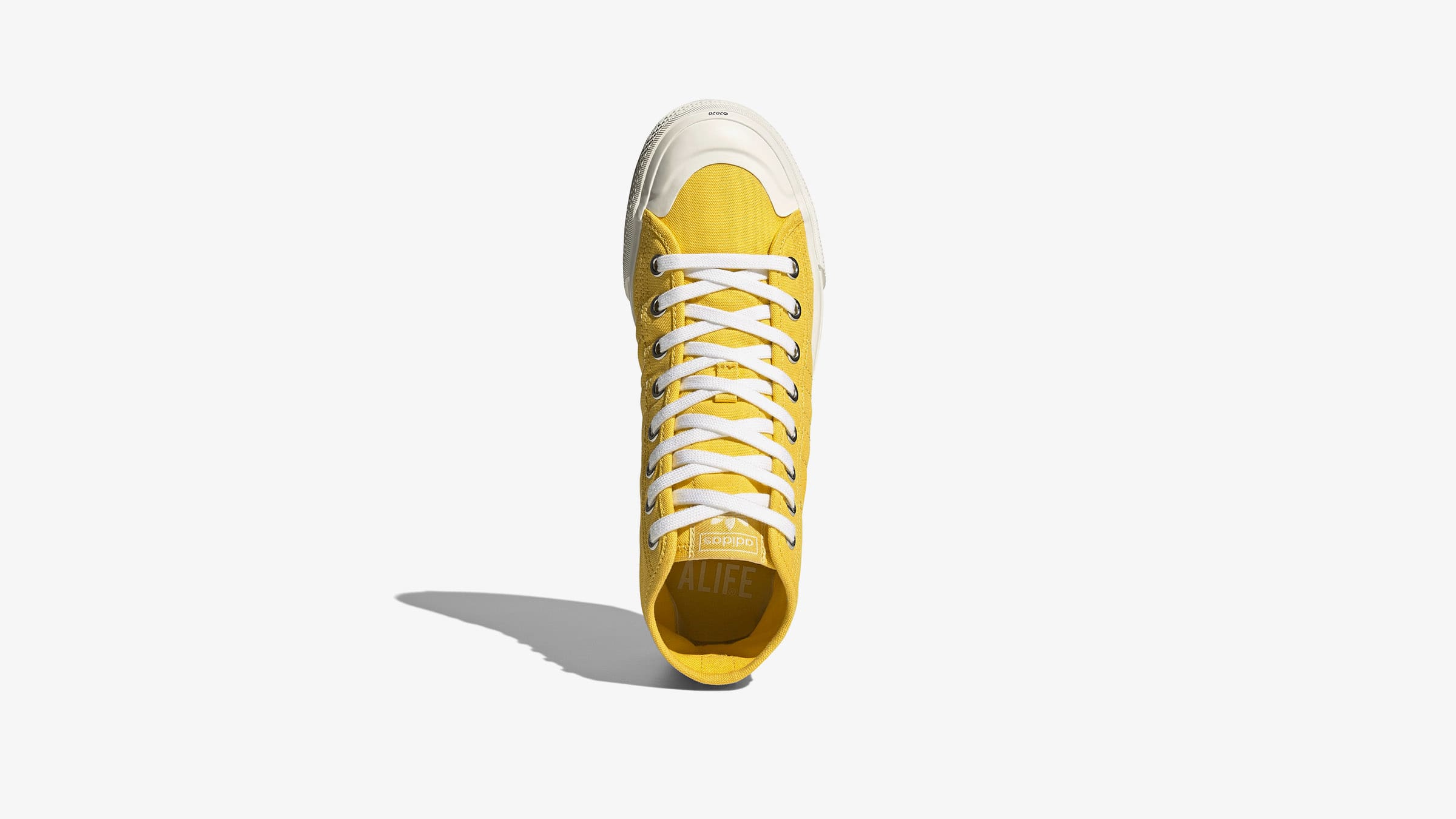 New York City-based Alife partners with adidas to create another version of the basketball-derived Nizza Hi. It’s bold, bright and reflective of the vibrancy that emanates throughout the label’s home city. The construction remains the same as it was back when it debuted in 1975, but the colourway is unlike anything allowed on the professional courts.
Canvas uppers are dyed to a striking sunshine yellow and teamed with a sleek sole unit that extends up to protect the toes at the front. The notable difference, though, is the plaque that extends from the foxing tape on the lateral sidewall. It displays the store’s name in a billboard-like fashion to complete the bold look. 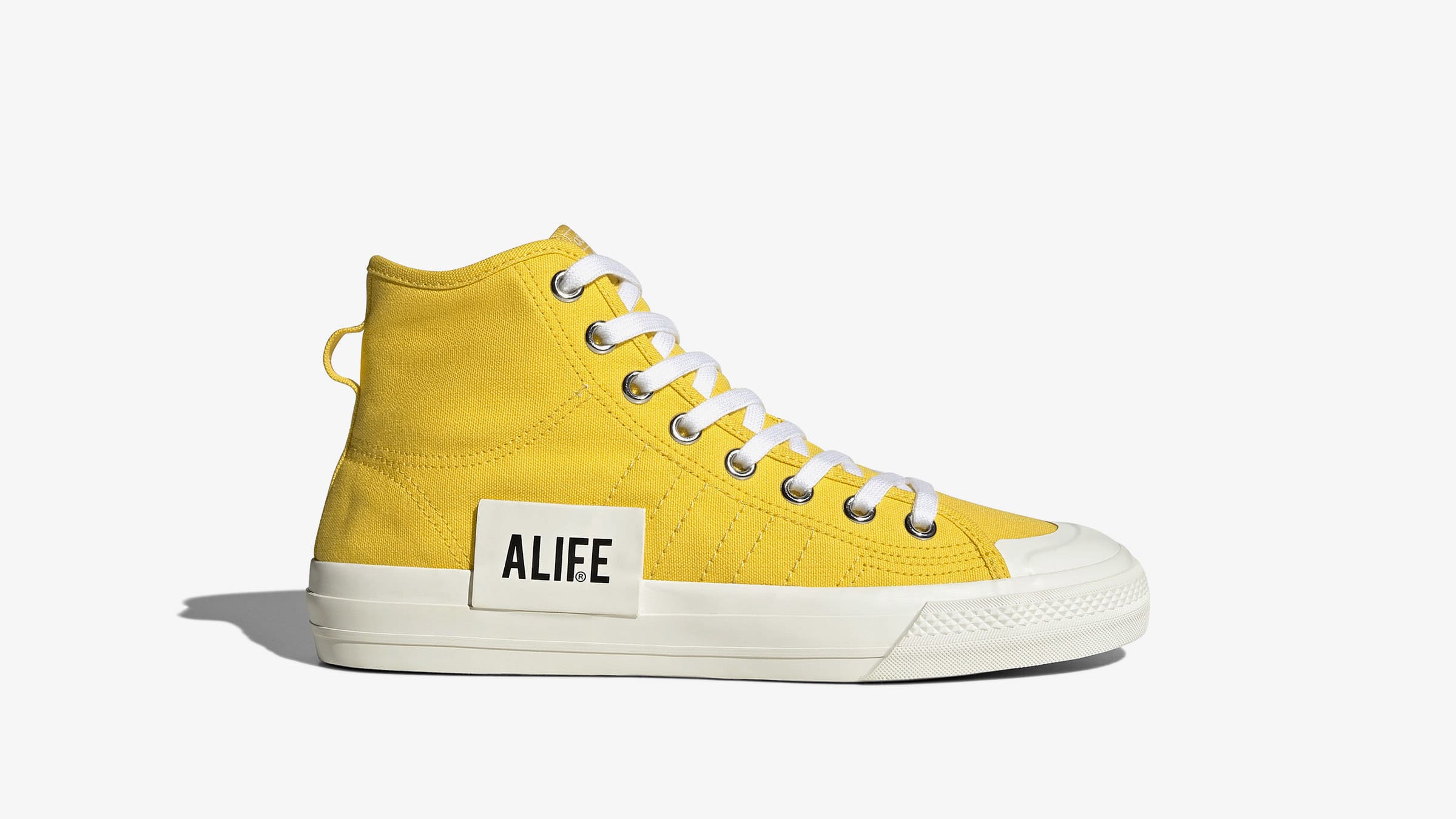