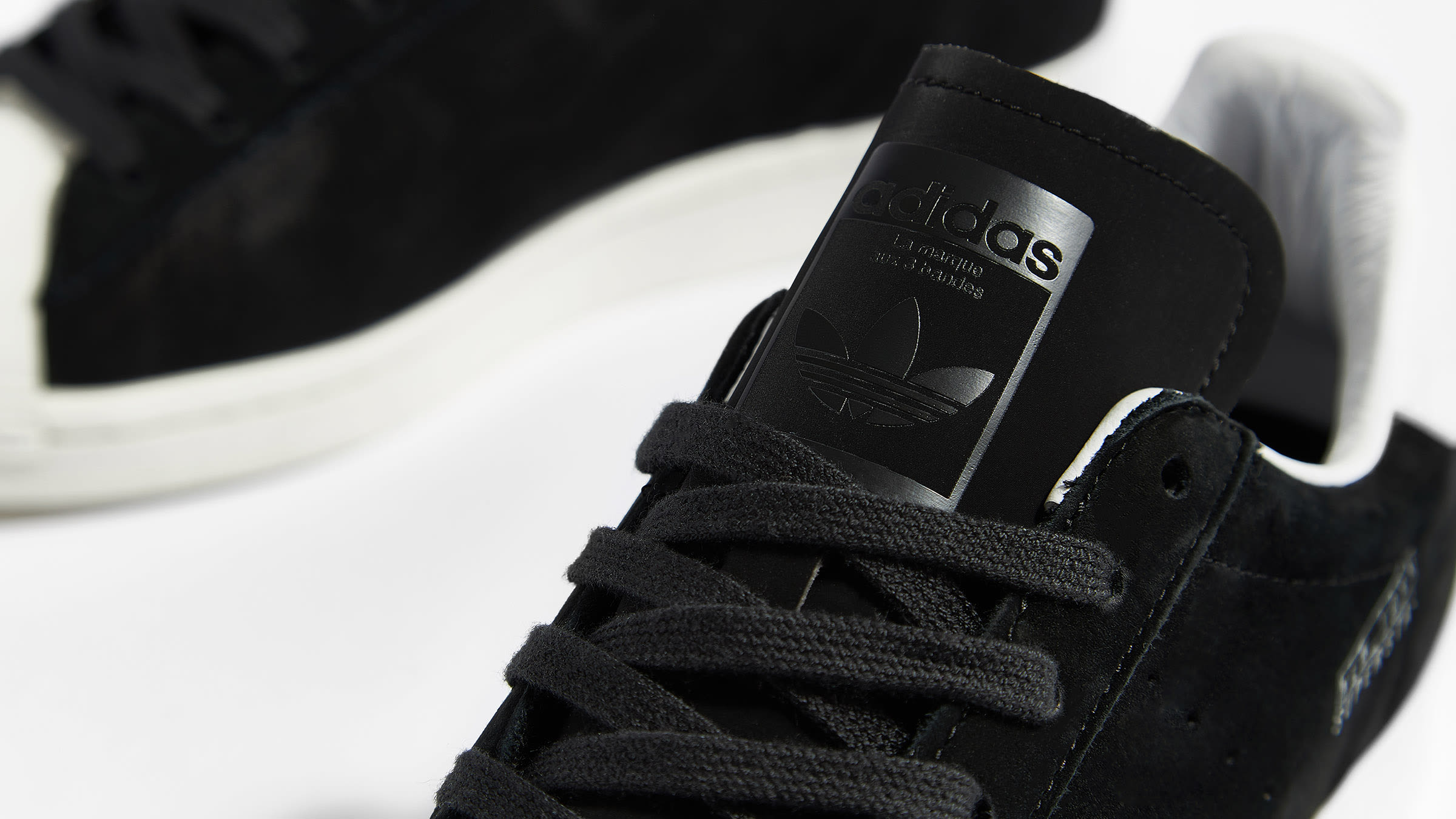 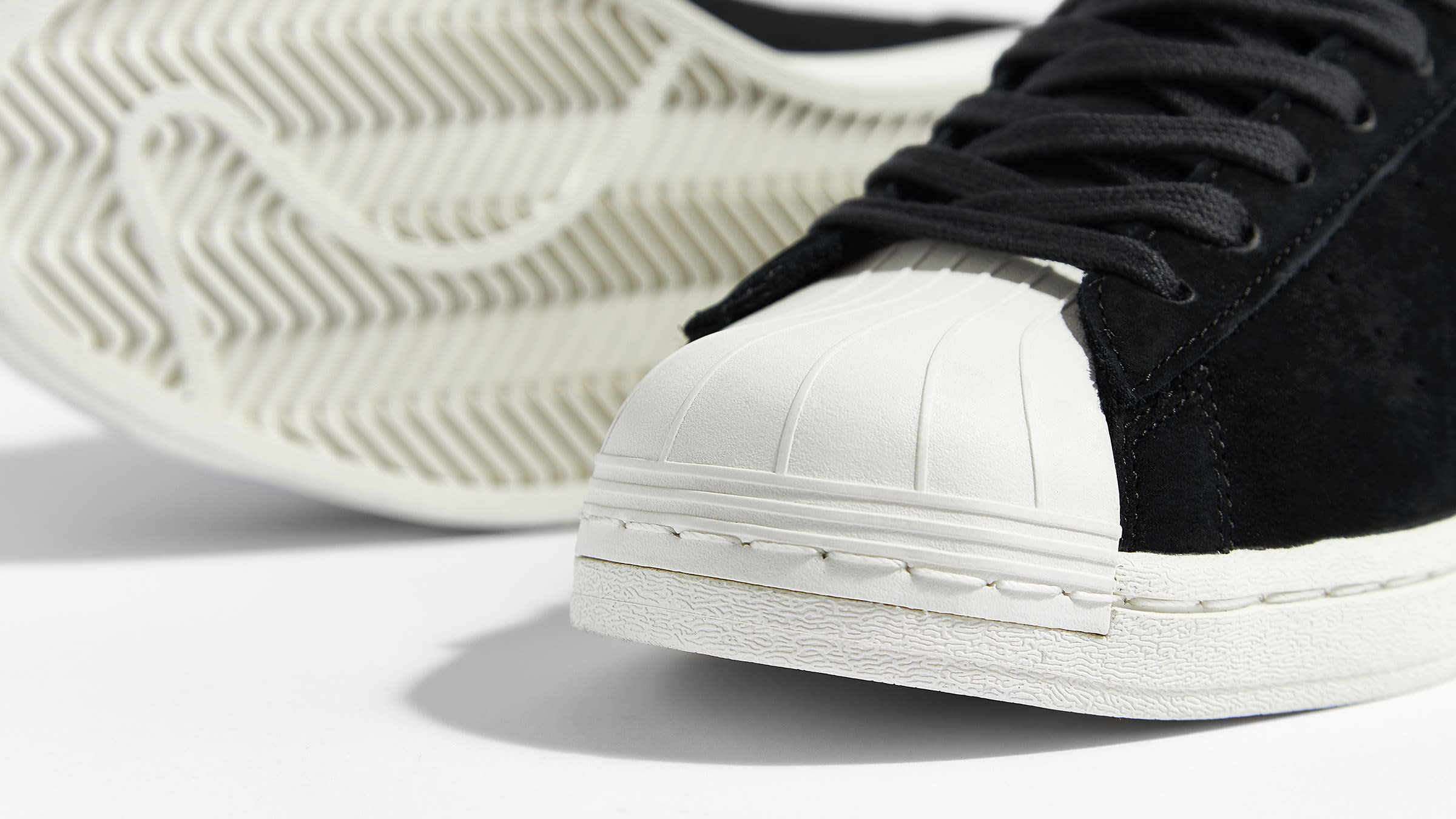 crafted from velvety nubuck and has that nickname-giving, toe-protecting rubber shell toe out front. 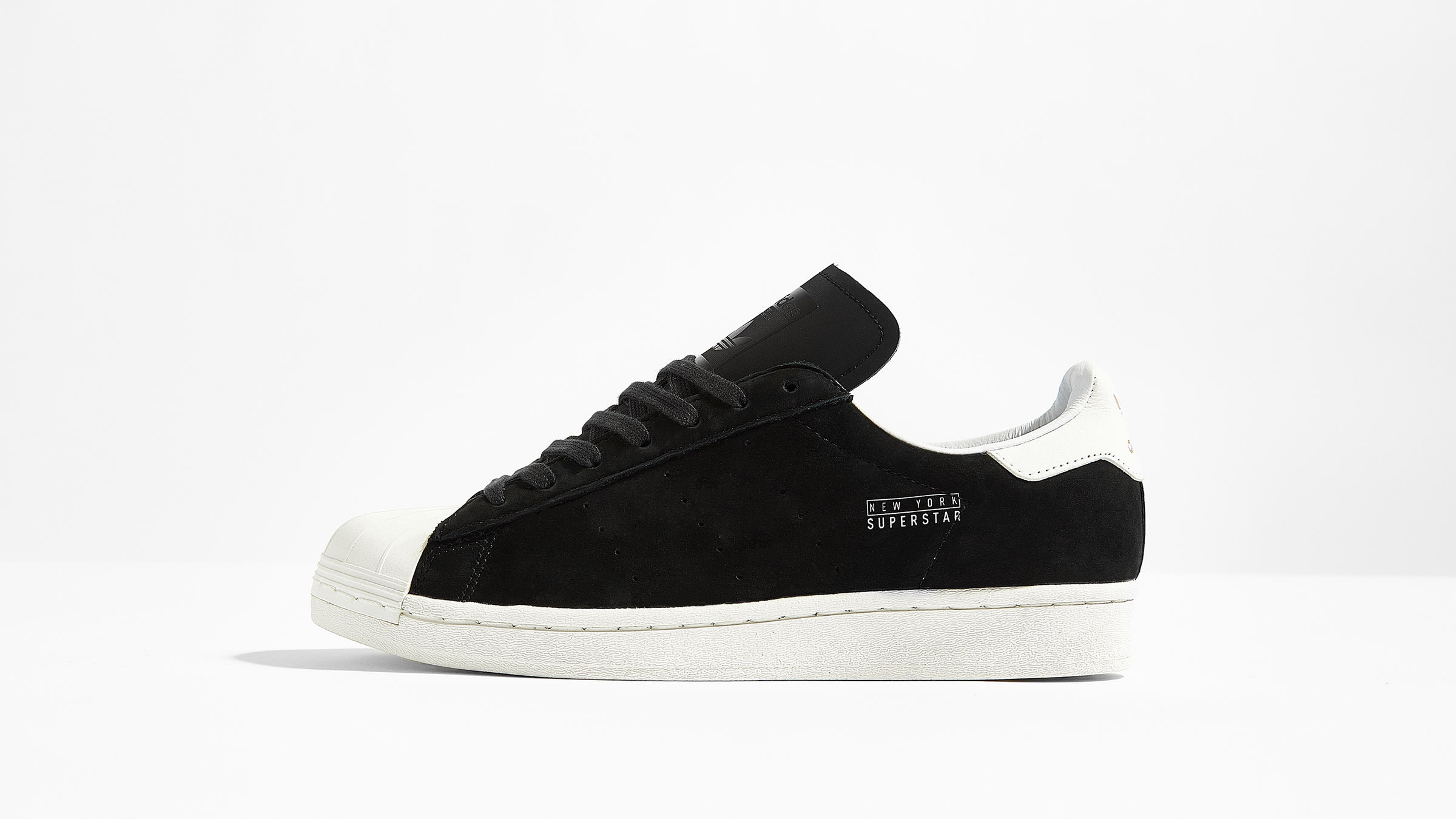 In celebration of the Superstar’s 50th anniversary and its global prominence, adidas creates a pared-back pack comprised of six pairs. Each is assigned a city, each uses a simple monochromatic colourway, each captures the raw essence of the iconic model. This black pair, for New York, is crafted from velvety nubuck and has that nickname-giving, toe-protecting rubber shell toe out front.
The biggest difference, though, is the removal of the Three Strips on the sidewall. Instead of the usual serrated version, there’s perforations – similar to those seen on the Stan Smith – to keep the look clean and ready for the city. 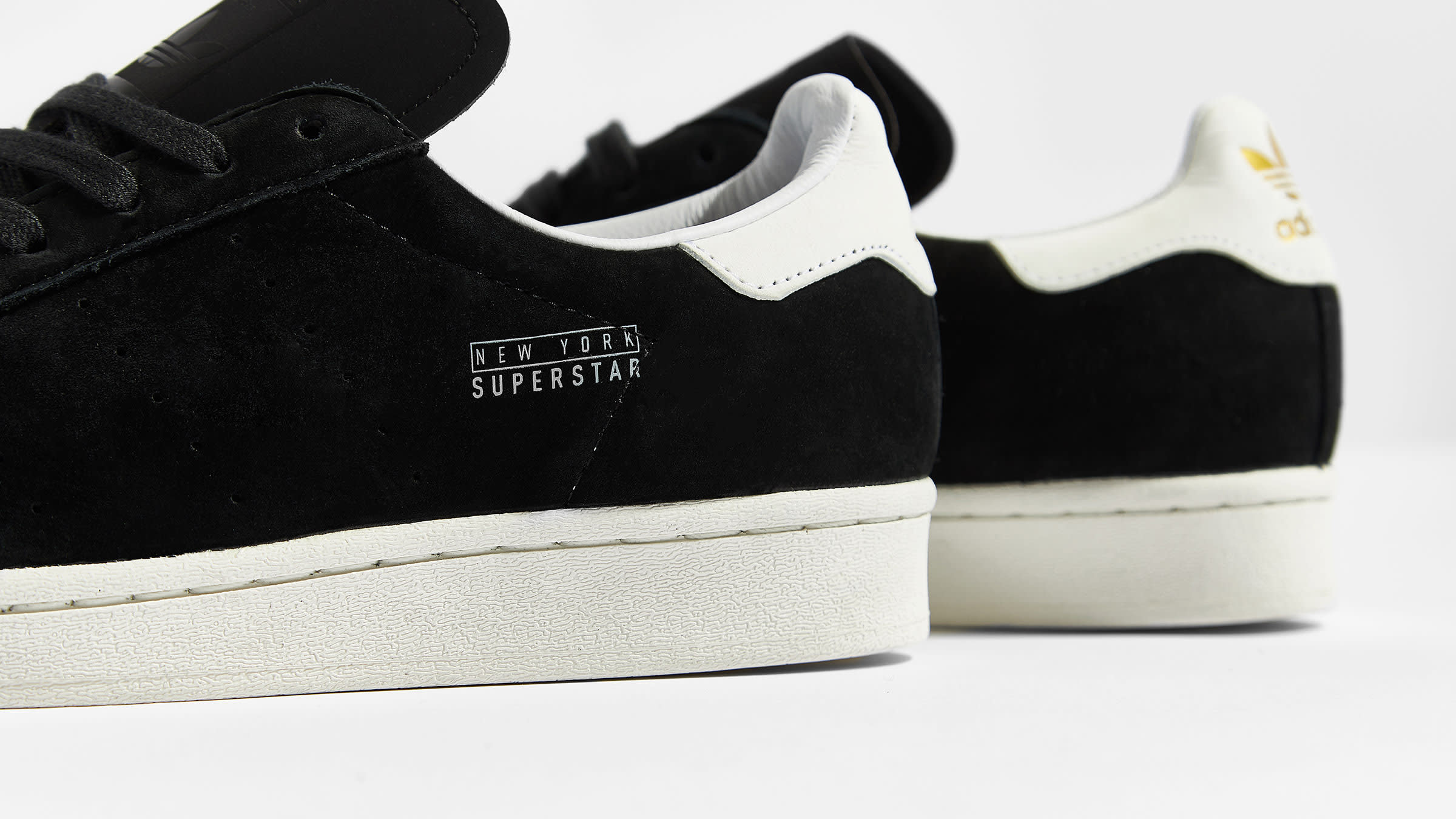 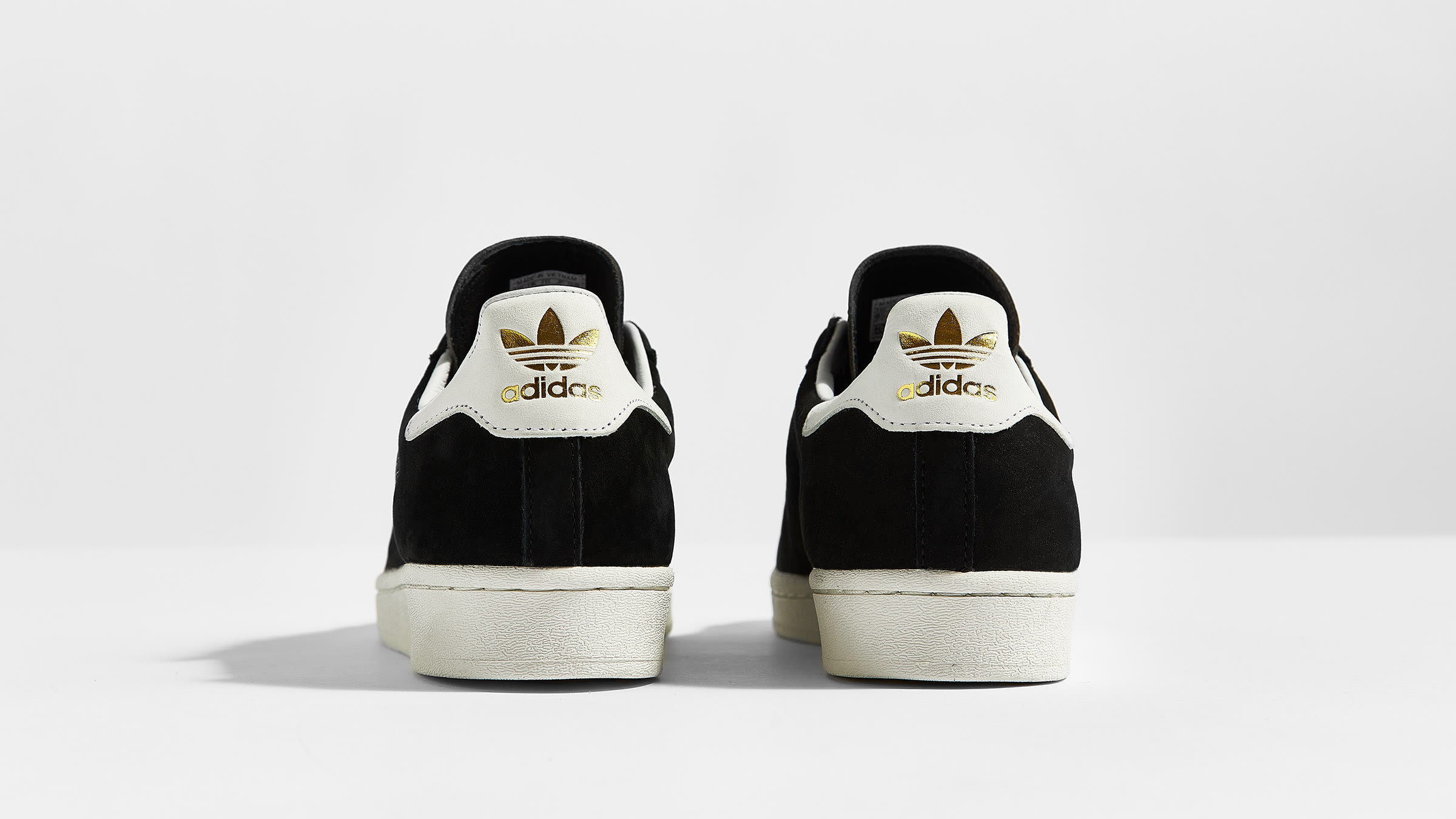