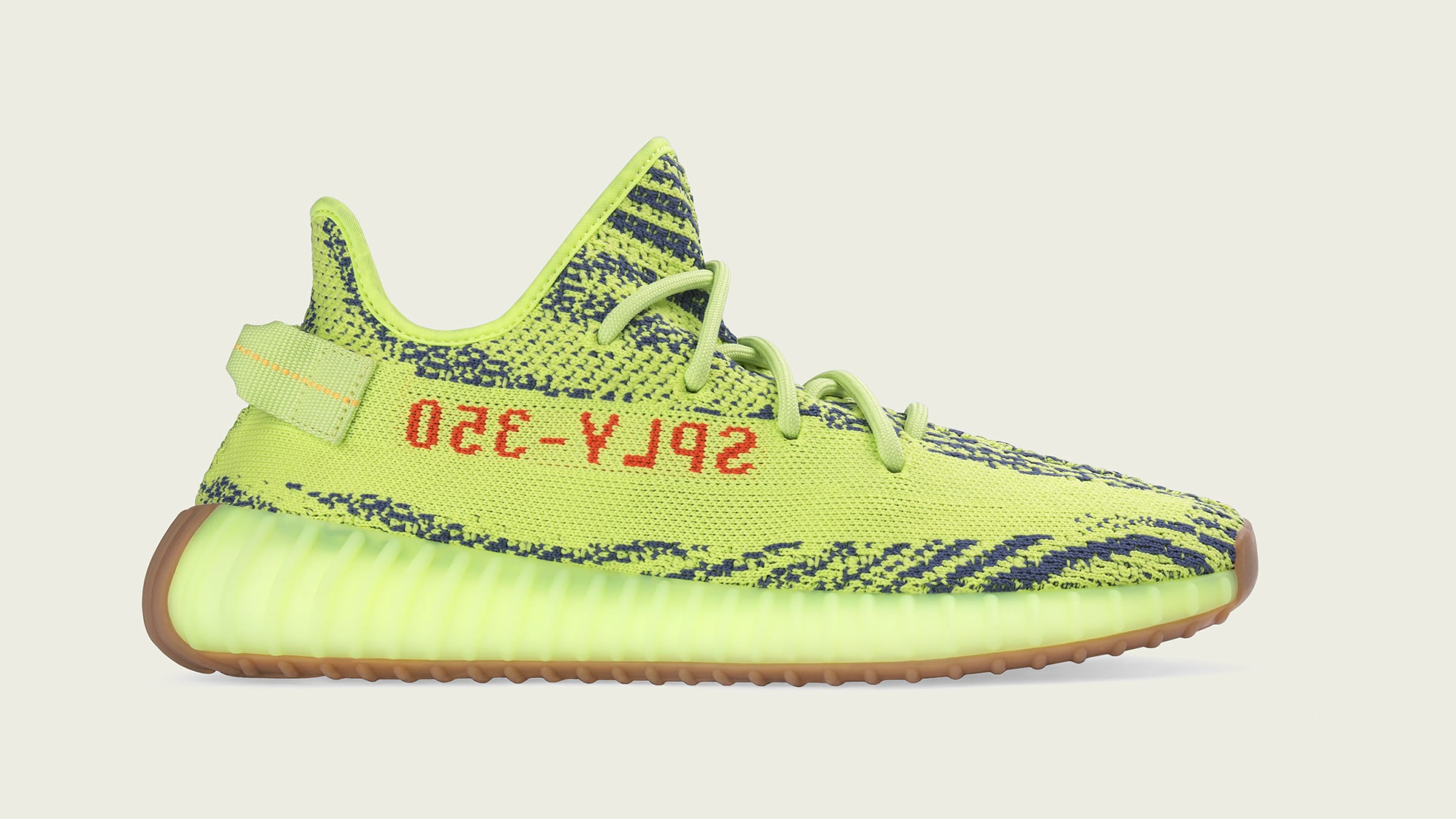 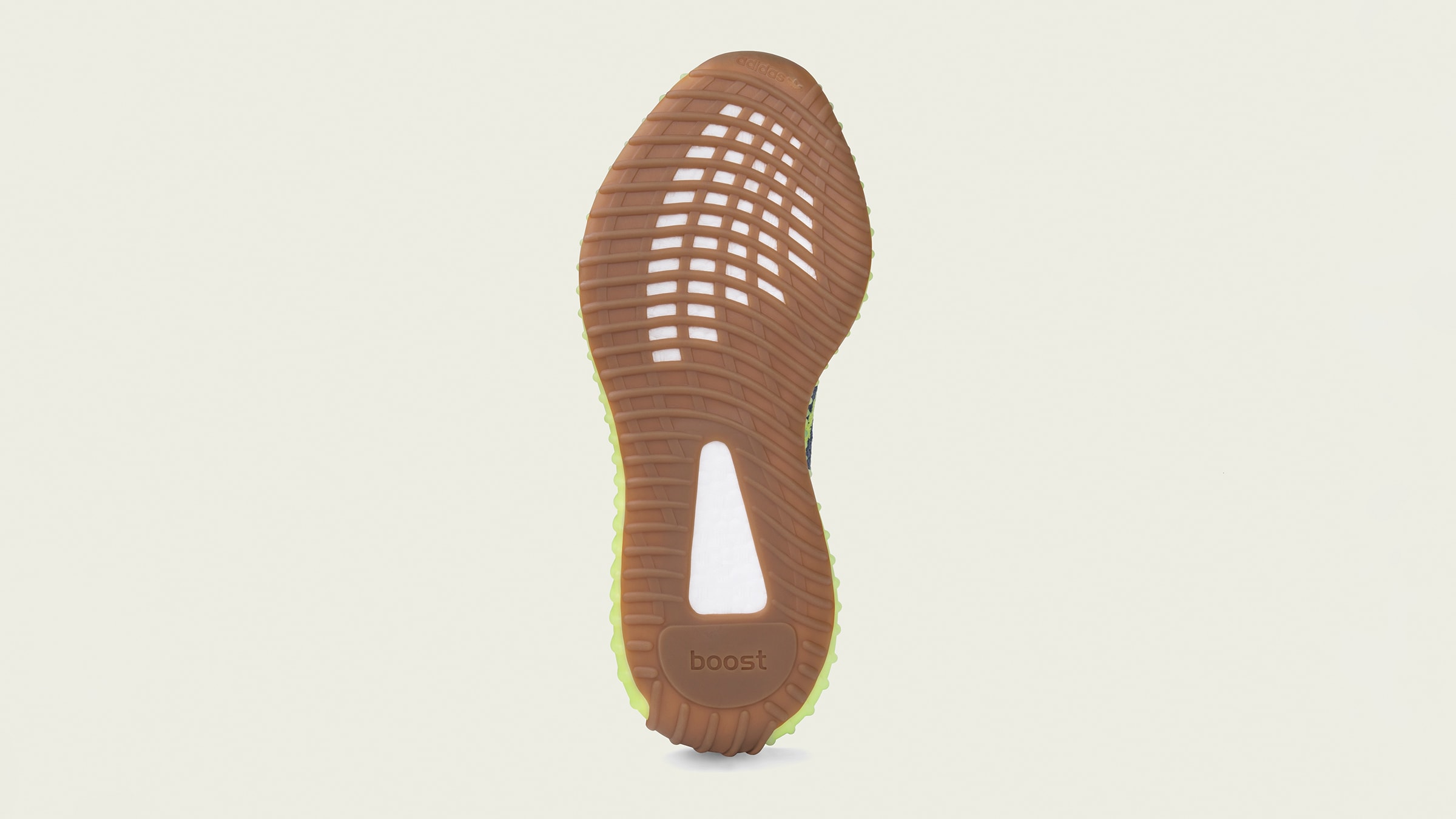 Re-released in all its fluorescent glory 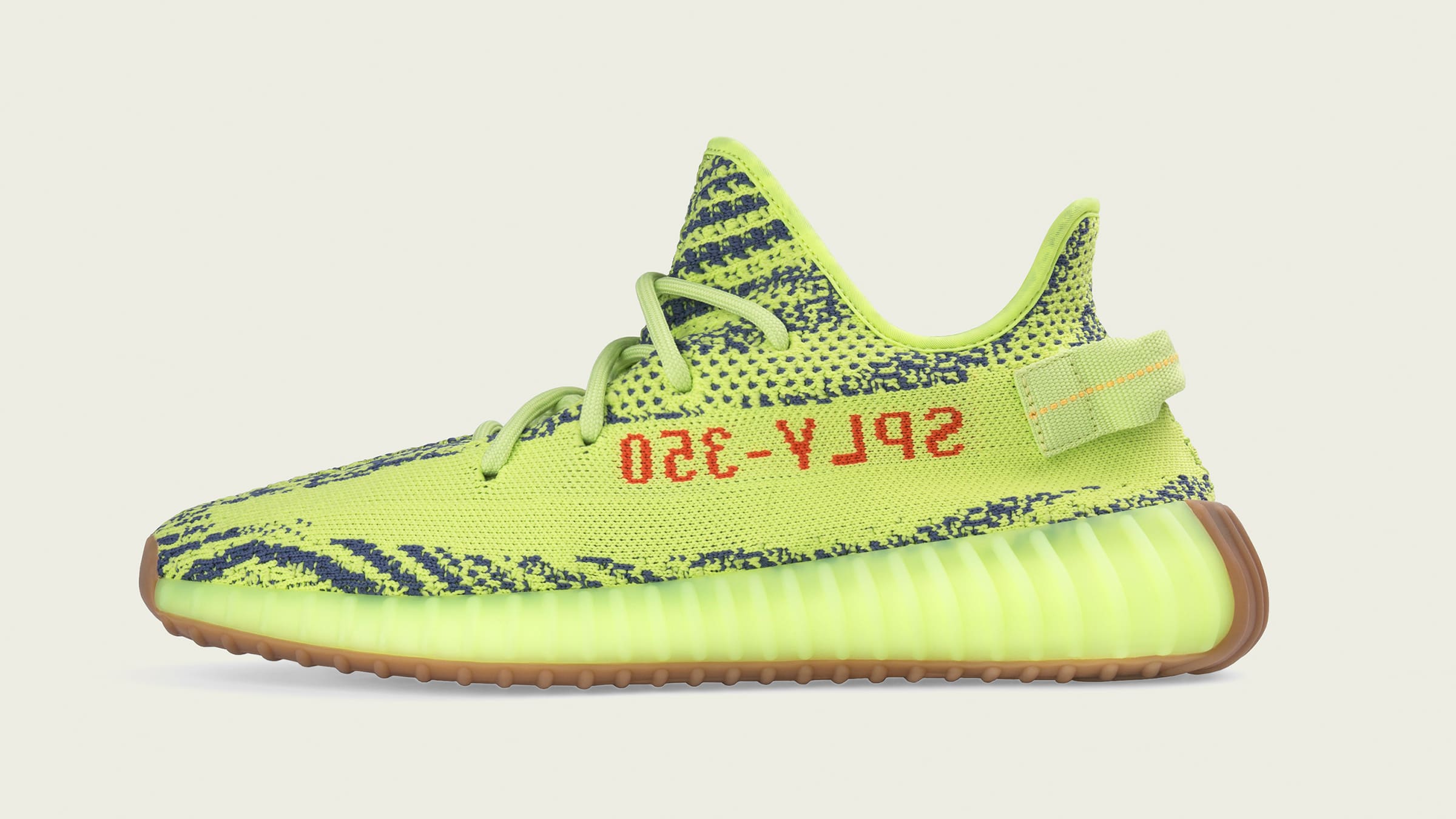 Re-released in all its fluorescent glory, the ultra-neon Primeknit is engineered with the signature “SPLY-350” branding to the side wall, with zebra stripes marking its ‘Yebra’ look. Ready to rule the streets in ultra-neon, the solid gum rubber outsole rounds out the tyre-like tubing, equipped with Boost cushioning that’ll fuel your every step. A year on from its debut, the Boost 350 V2 “Semi Frozen Yellow” see’s the rapper re-release one of the rarest, hyped colourways to date. 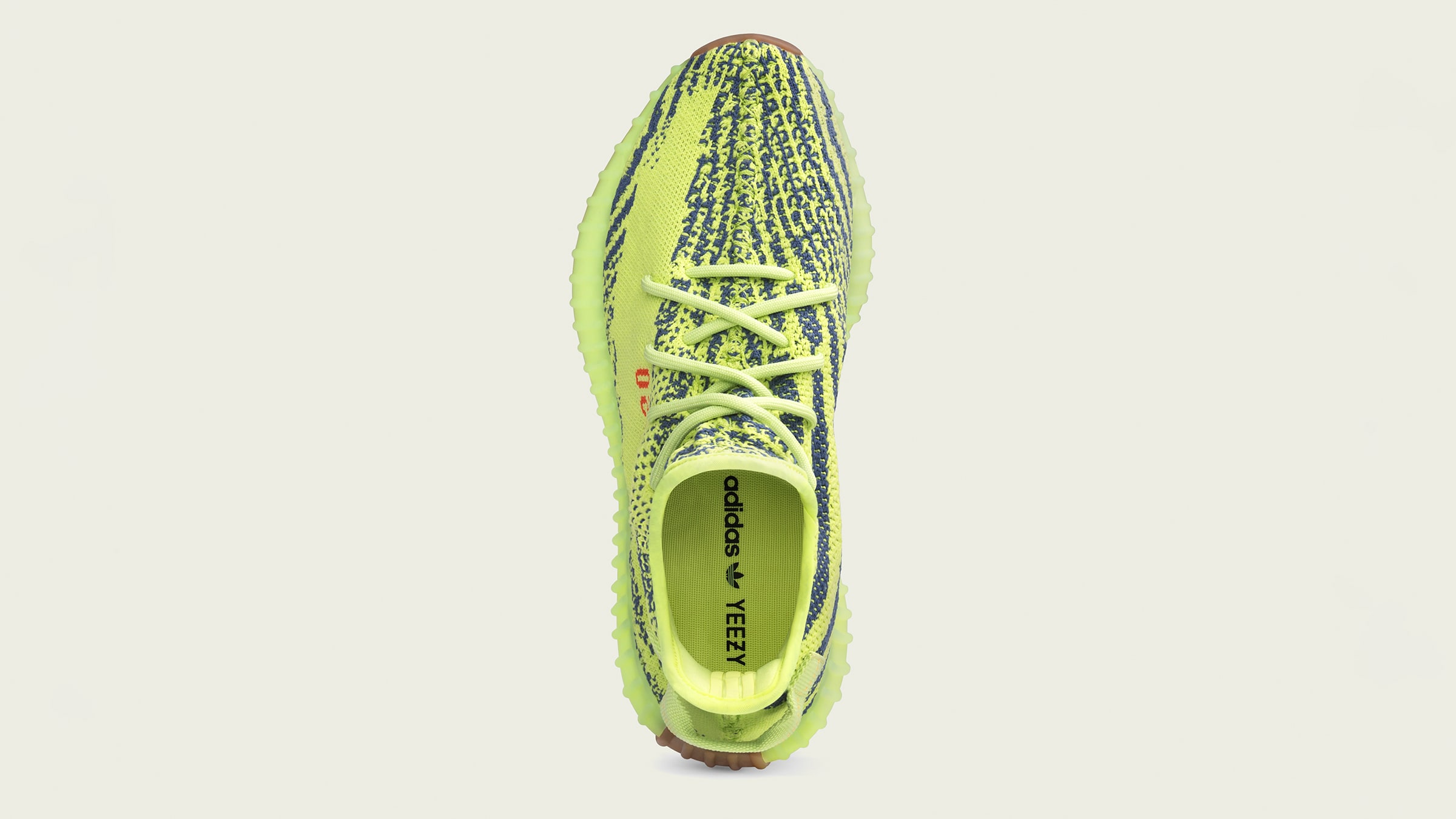