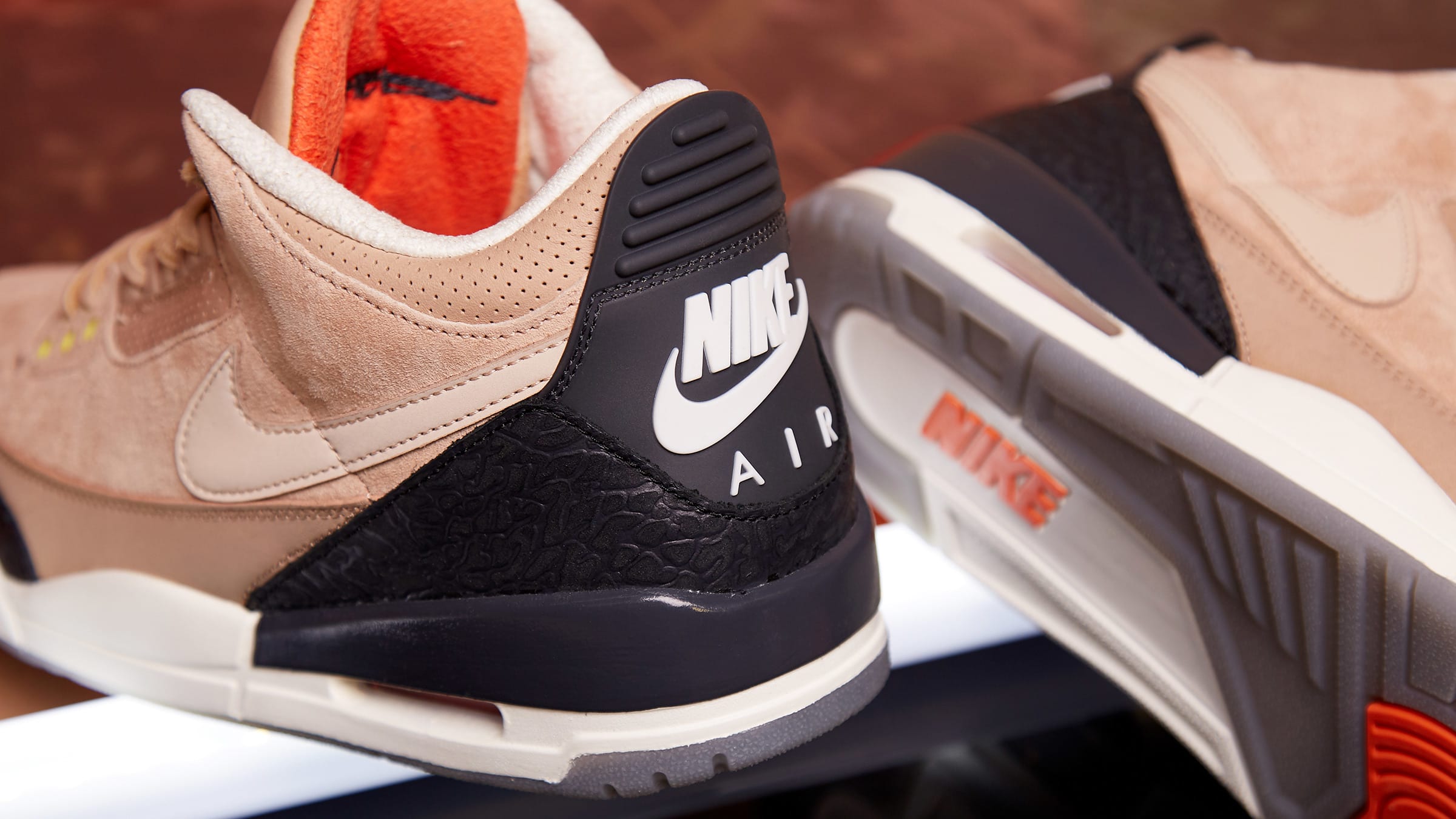 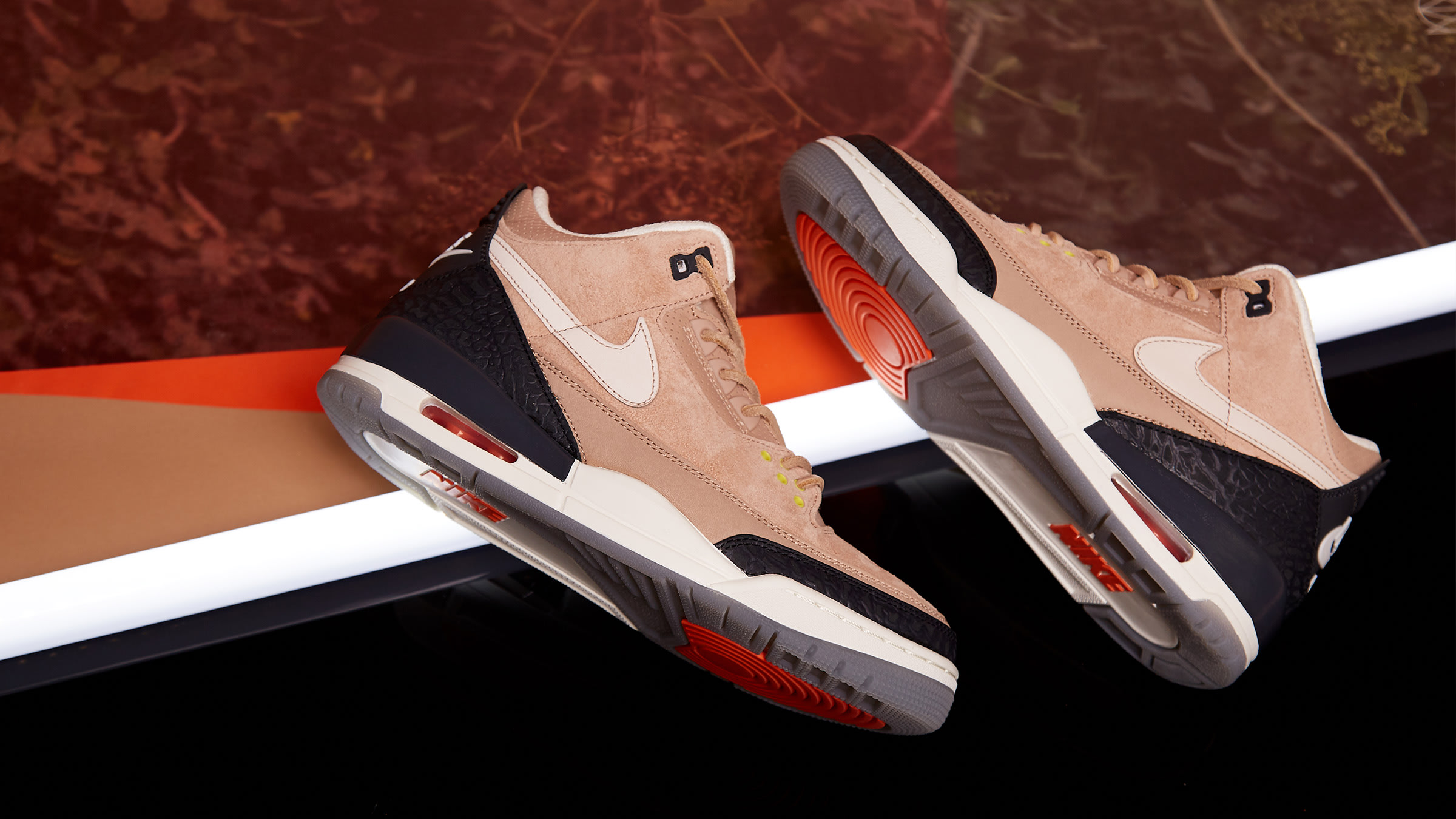 A release inspired by JT’s fifth studio album, “Man of the Woods”, Justin Timberlake has followed up his half-time Superbowl Jordan with an earthy ‘Bio Beige’ AJ3. First making an appearance during his tour’s NYC pop-up shop, the star is set to duet with Tinker Hatfield’s Air Jordan 3 once again, using the original sketch as the foundation to create a legend.

Ready to perform on and off the stage, the black-on-black elephant print is offset by the model’s yellow aglets and orange lining. Dressed in brown suede through the uppers and Swoosh, the Prince of Pop places Air branding on the heel – much like the model Tinker sketched for the third signature shoe. While woodland prints land on the box, find the lyrics “fame is a lie” and “stress is cruel” from his ‘Higher, Higher’ track on the insoles.