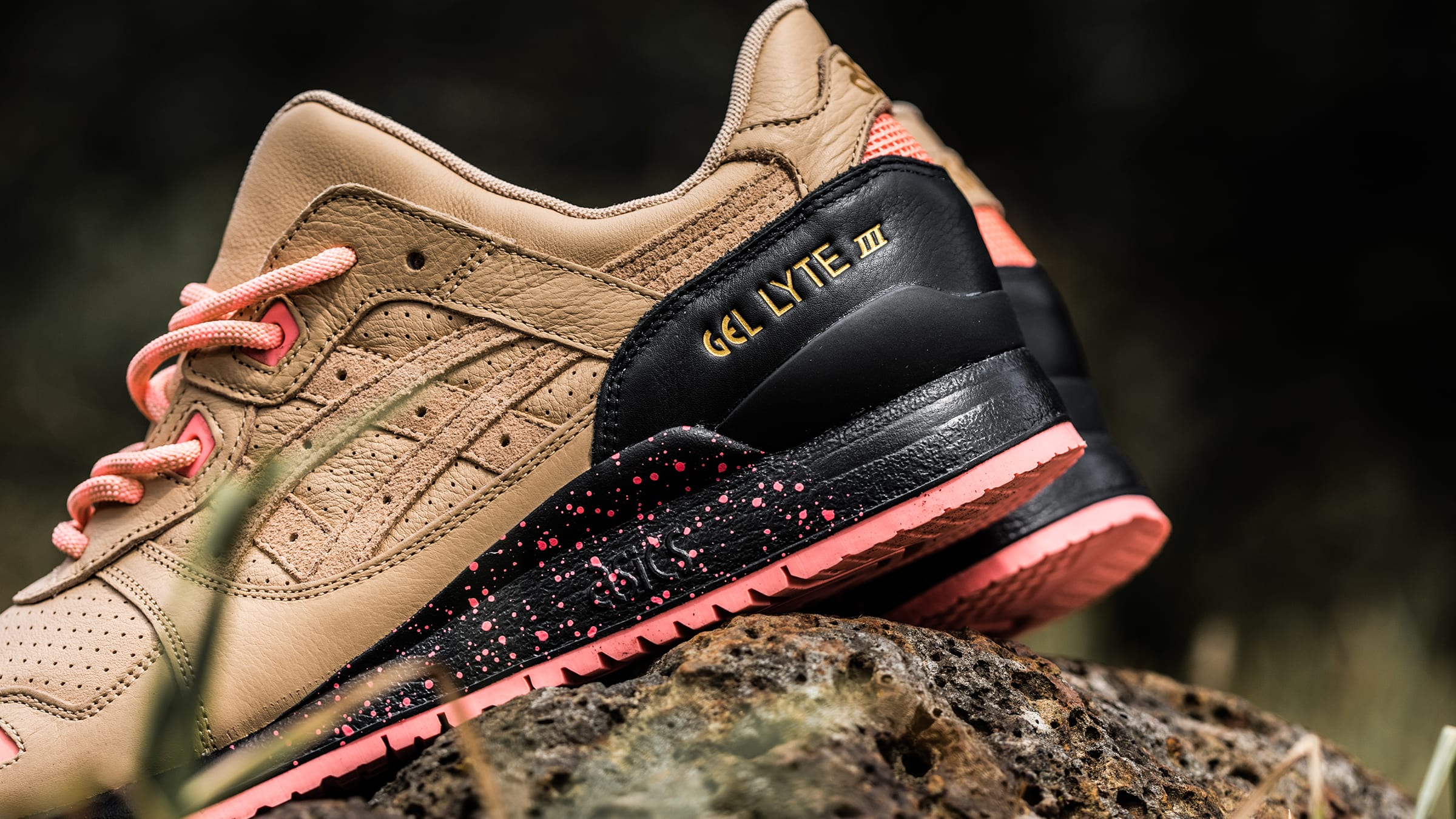 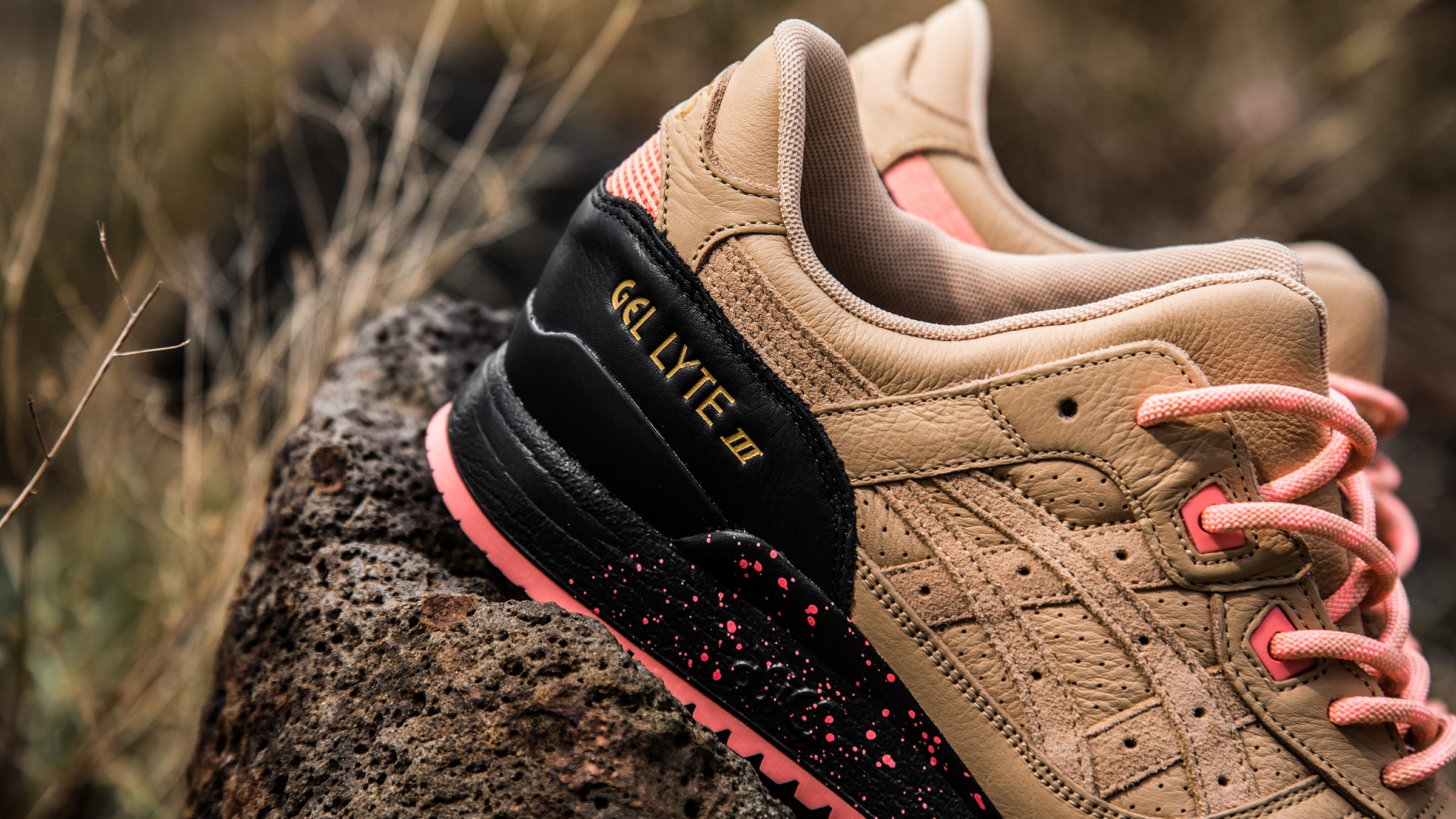 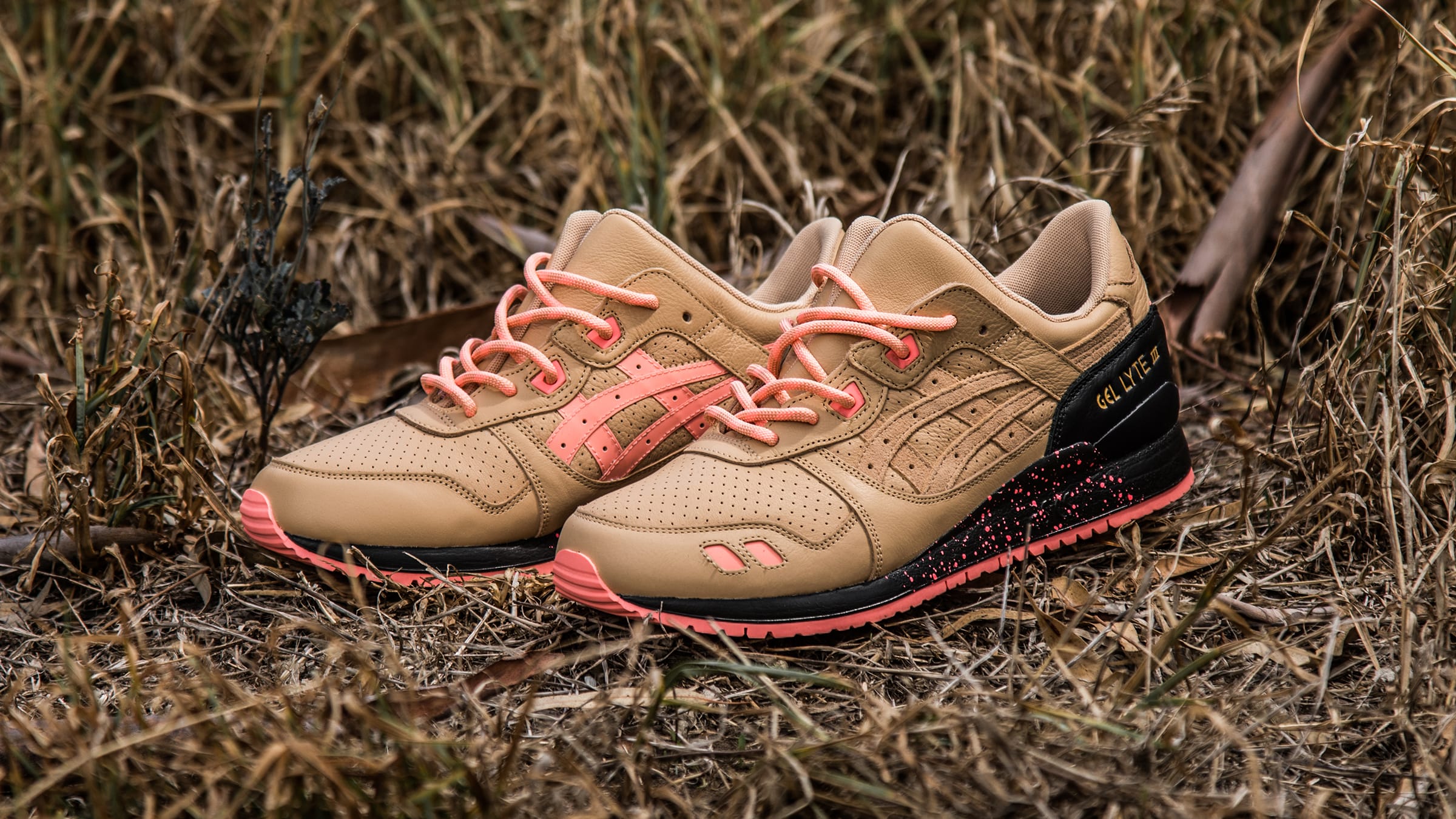 ASICS and Sneakerfreaker resume their fêted collaboration for SS19, premiering a new incarnation of the GEL-Lyte III in a dangerous new colourway based on the Tiger Snake that slithers through Sneakerfreaker’s native Australian turf. Buttery tan calfskin uppers are strikingly accented with hints of coral pink while the ASICS logo is debossed and filled in glittering gold above the peach 3M heel panel. 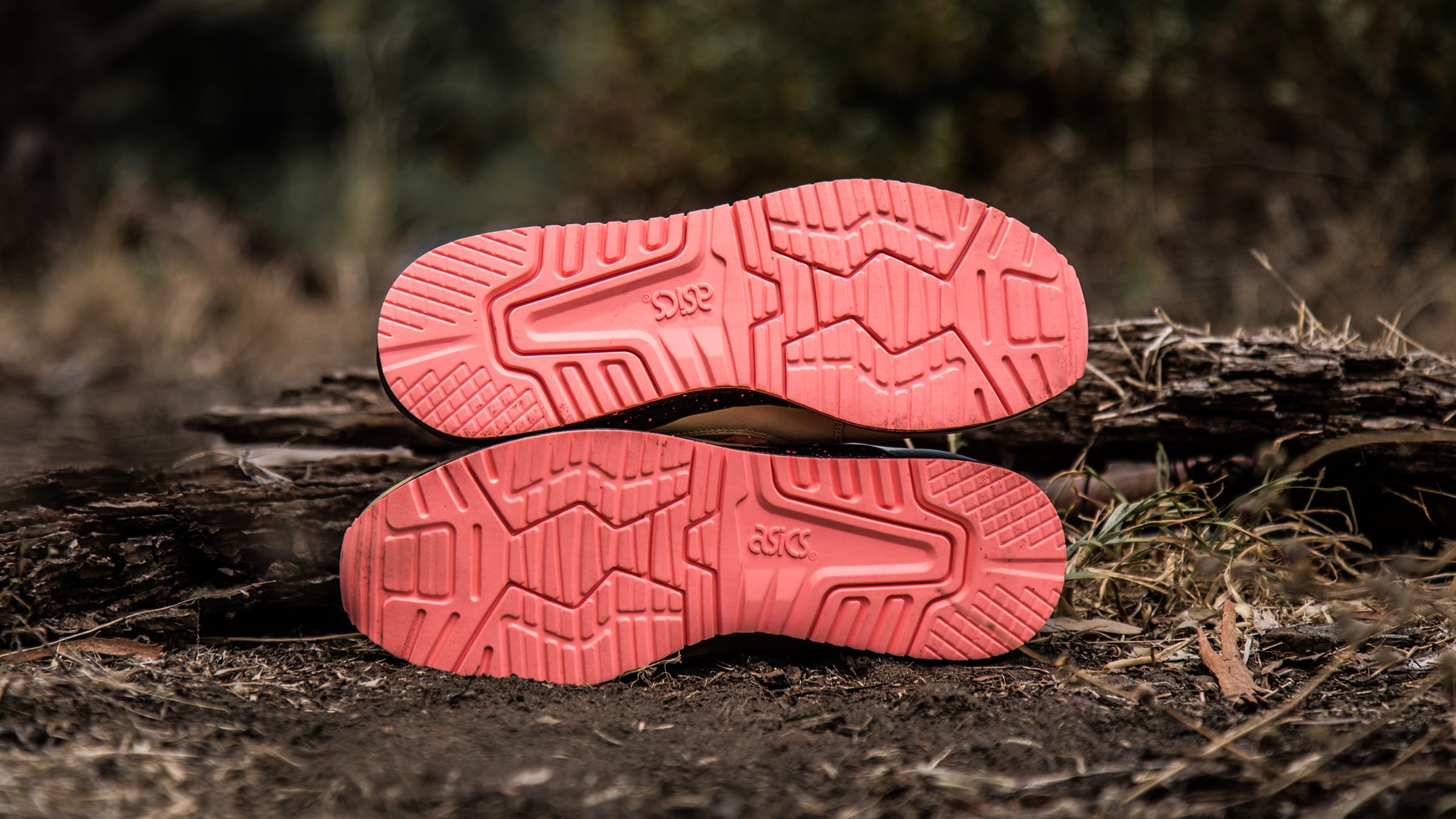 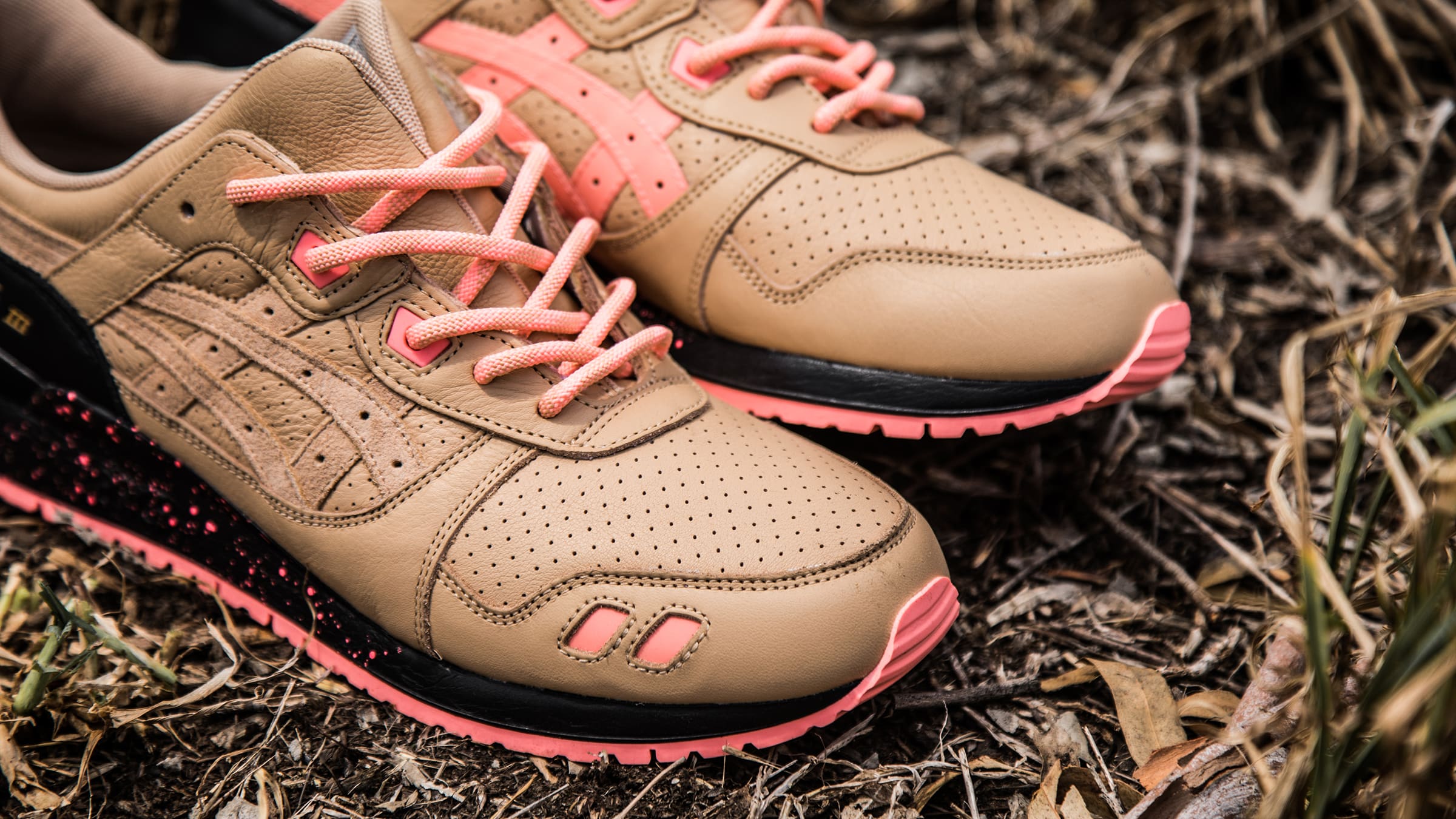