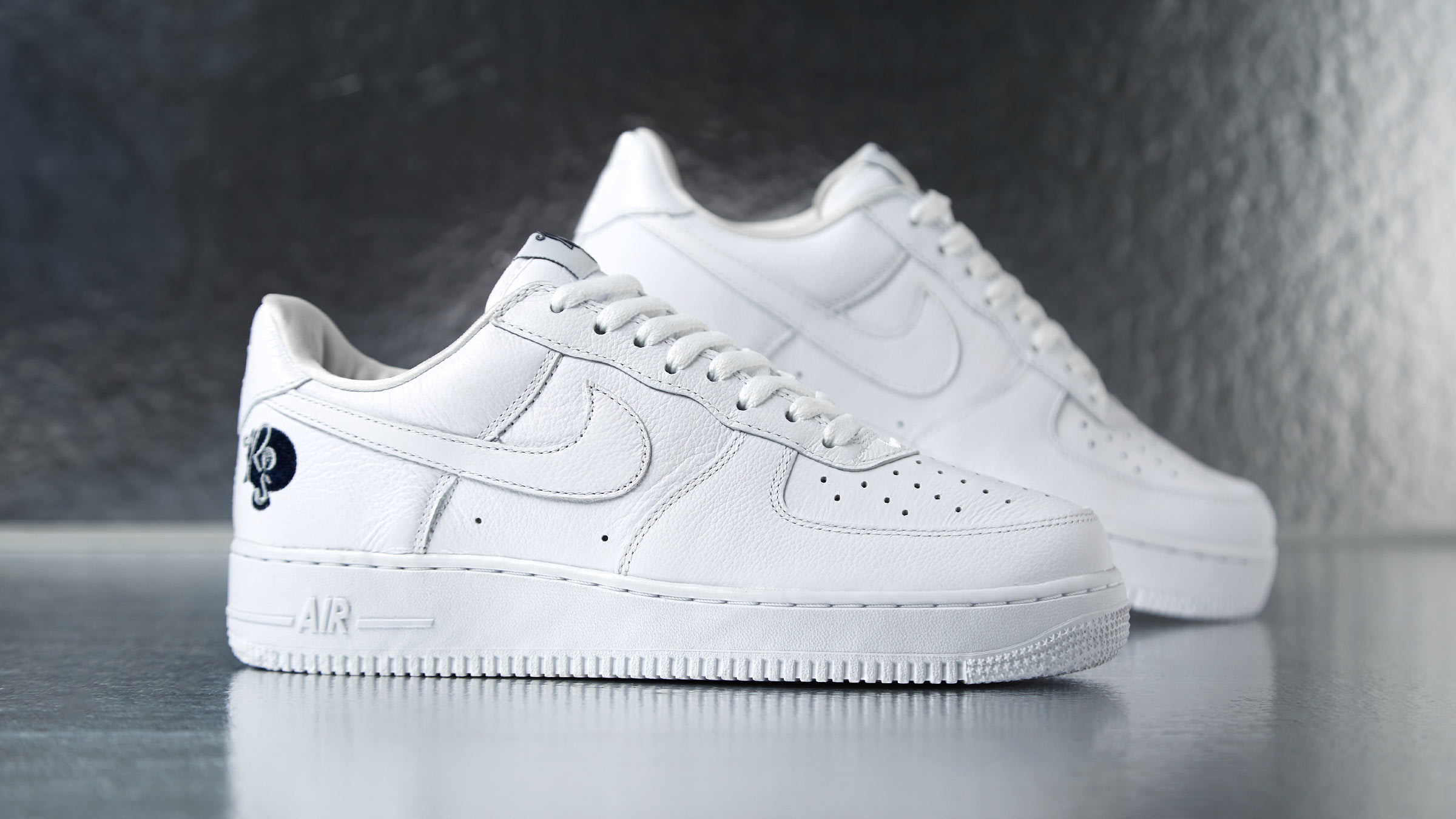 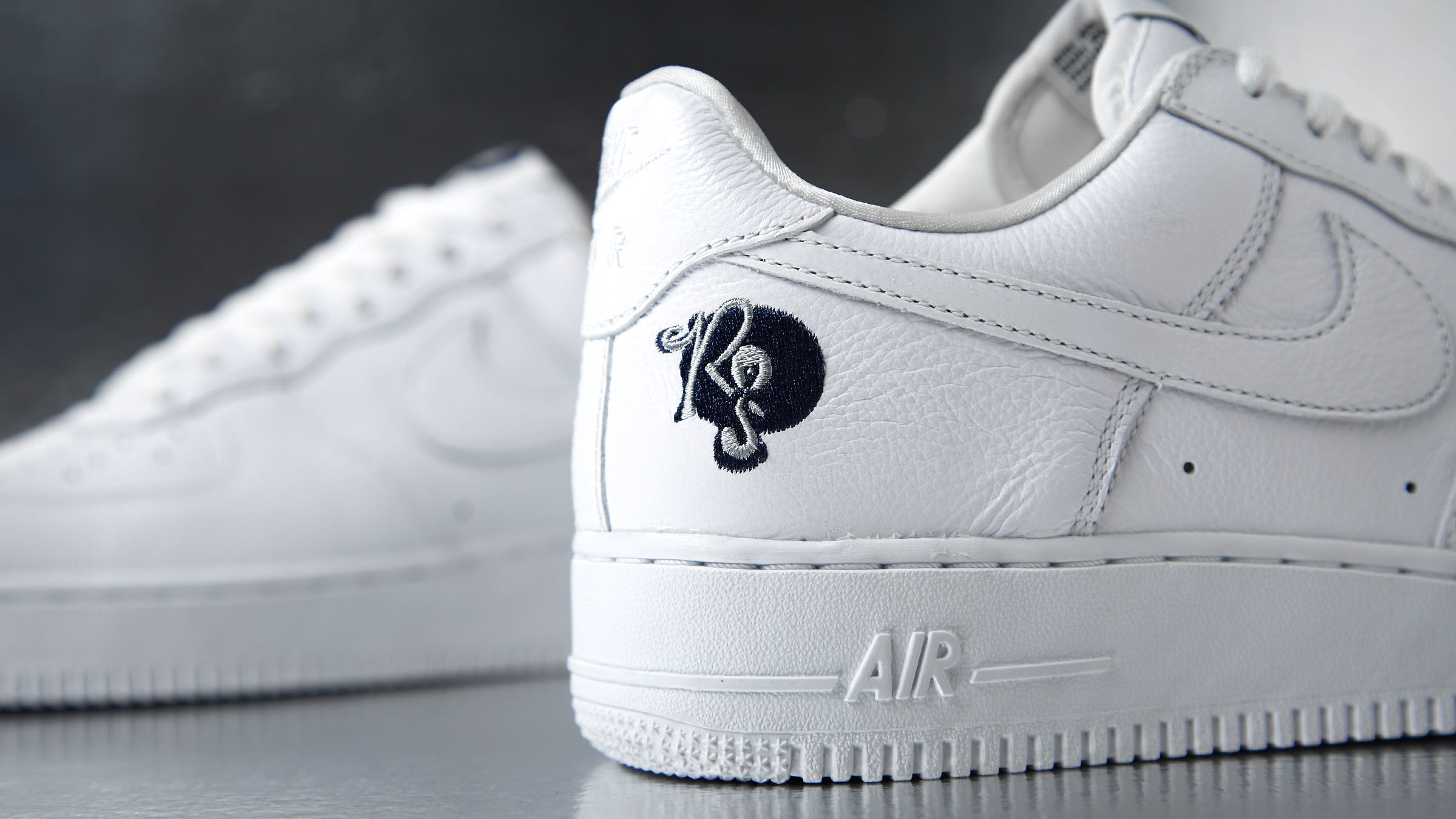 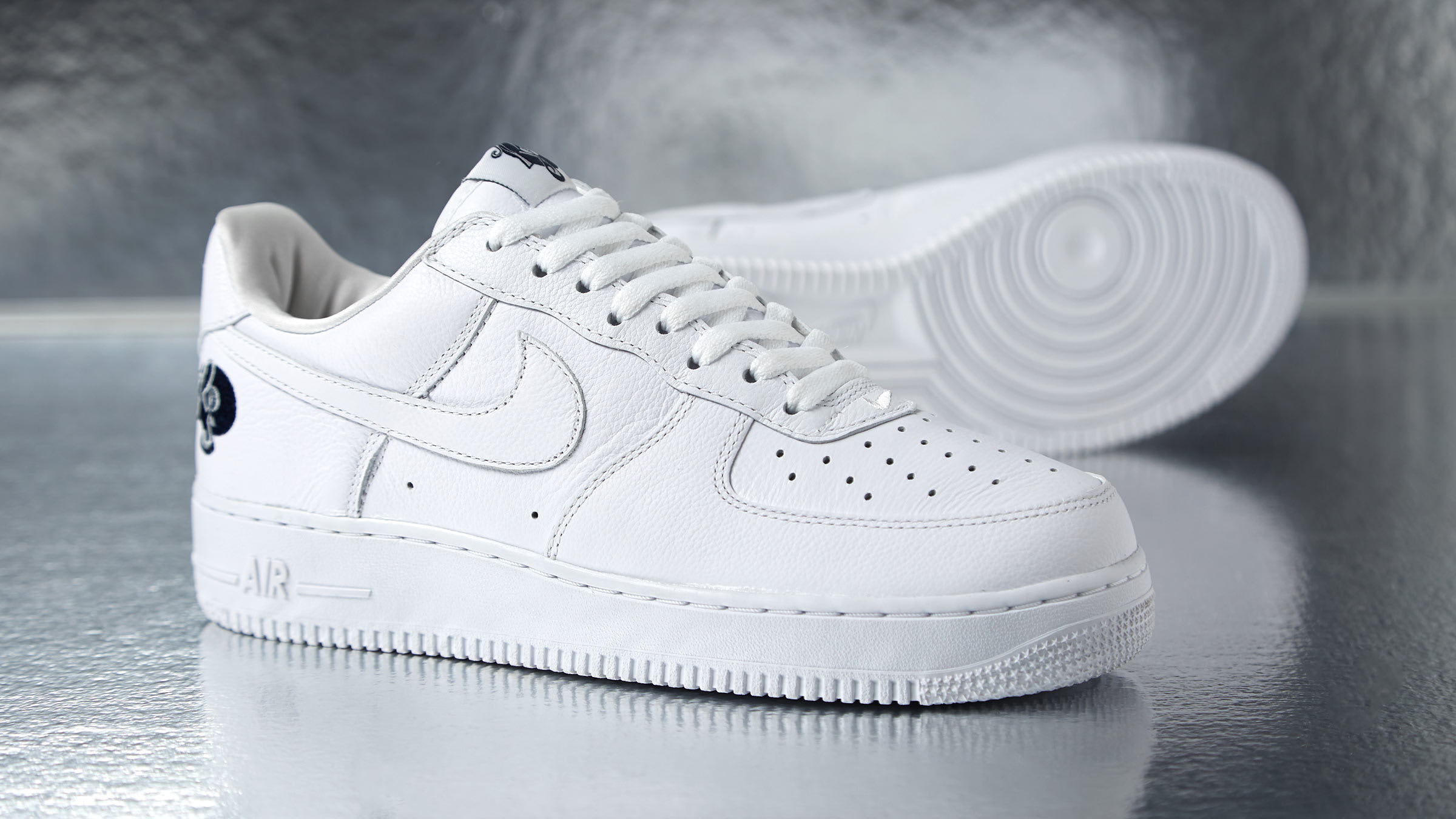 Celebrating the 35th anniversary of a hoops legend with the AF-100 pack, the marriage between Nike and Roc-A-Fella comes full circle after its original release. Thirteen years later, the Swoosh and The Roc use the Air Force 1 – a model embedded in their crew’s culture – as a fresh white blank canvas for The R-O-C’s iconic logo.

Identical to the original, the premium leather uppers are embroidered to the heel, tongue and insole with the very logo that represents the record label’s blood, sweat and tears. Revel in the greatness and feel the force with the Air Force 1 “Roc-A-Fella”. 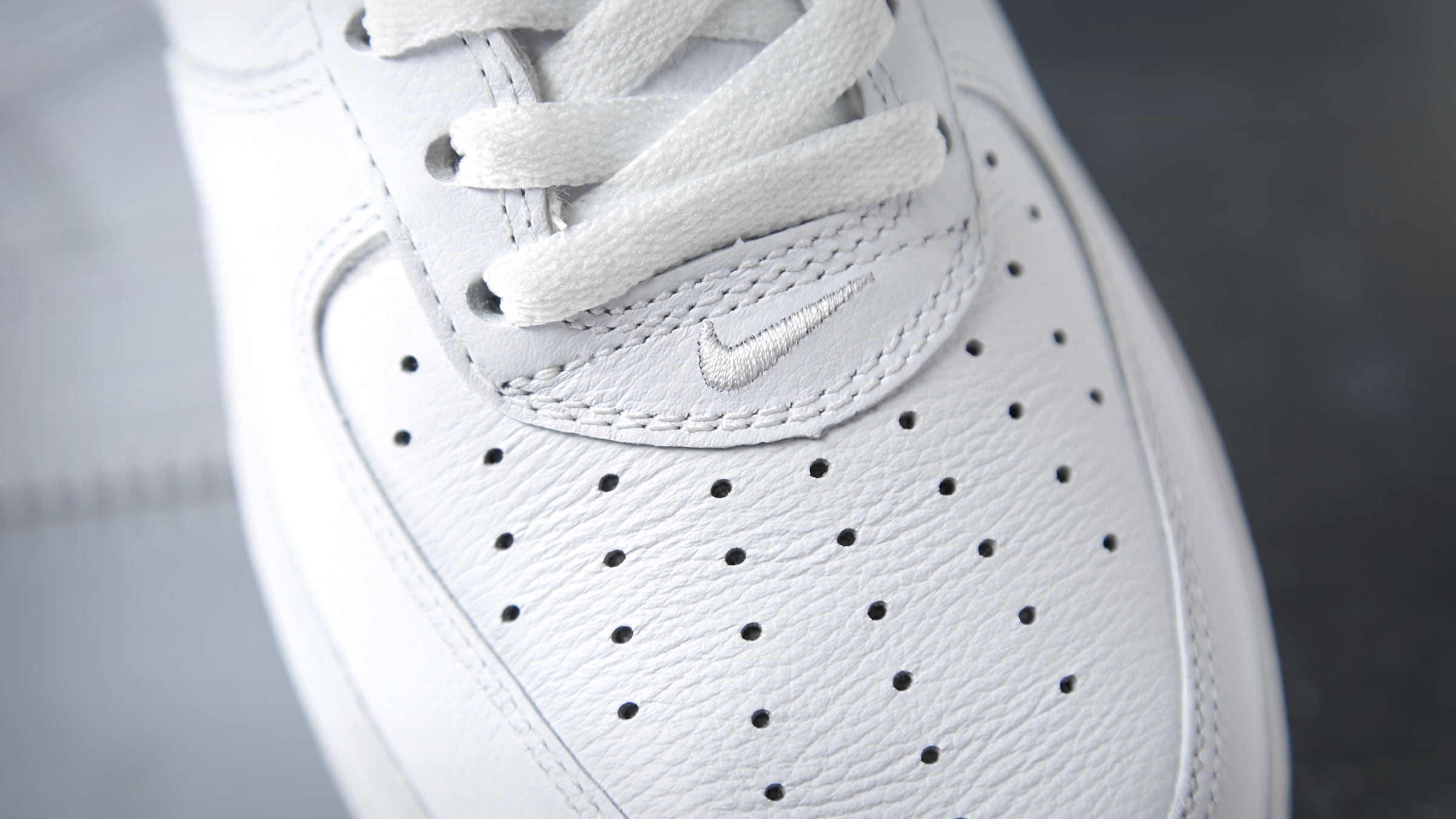