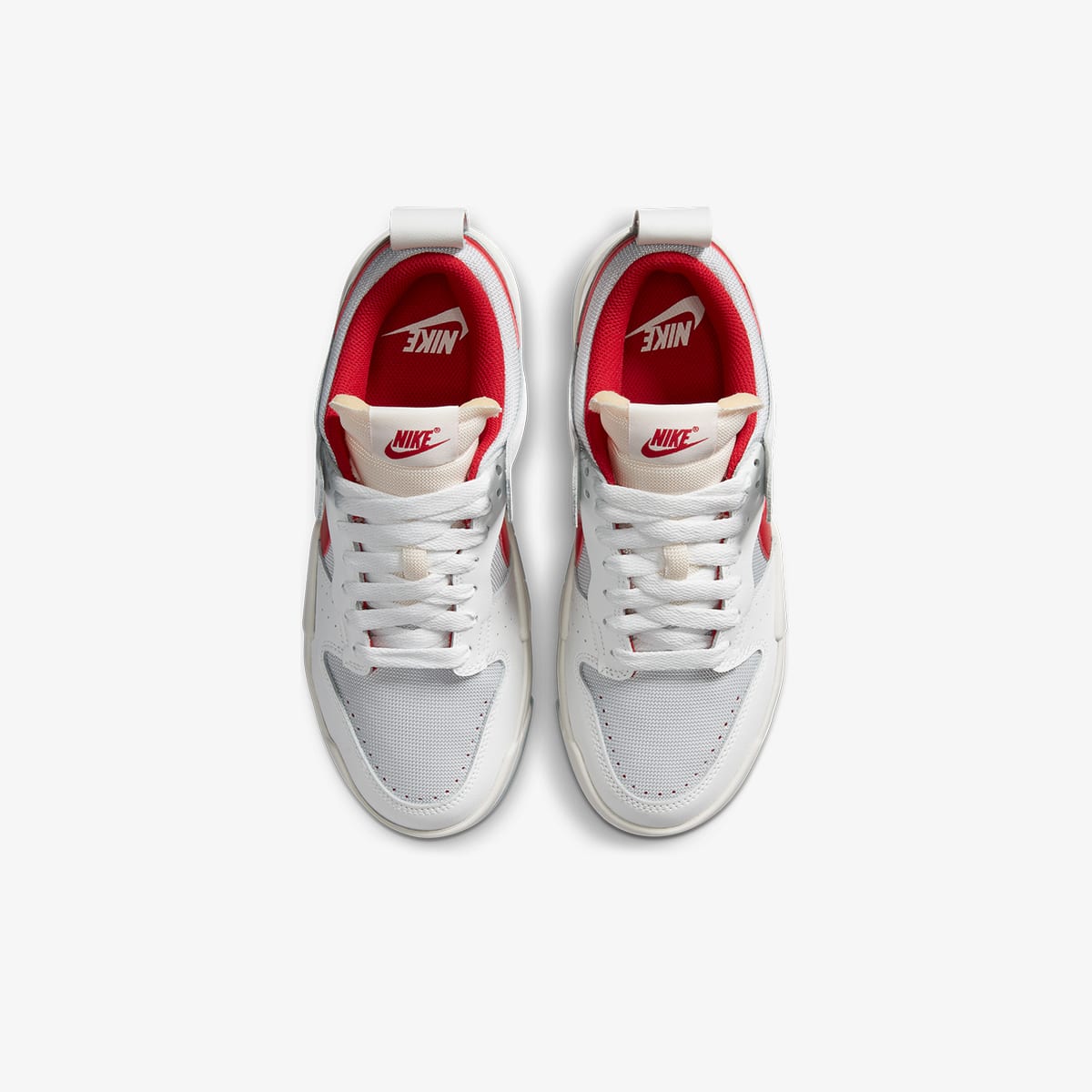 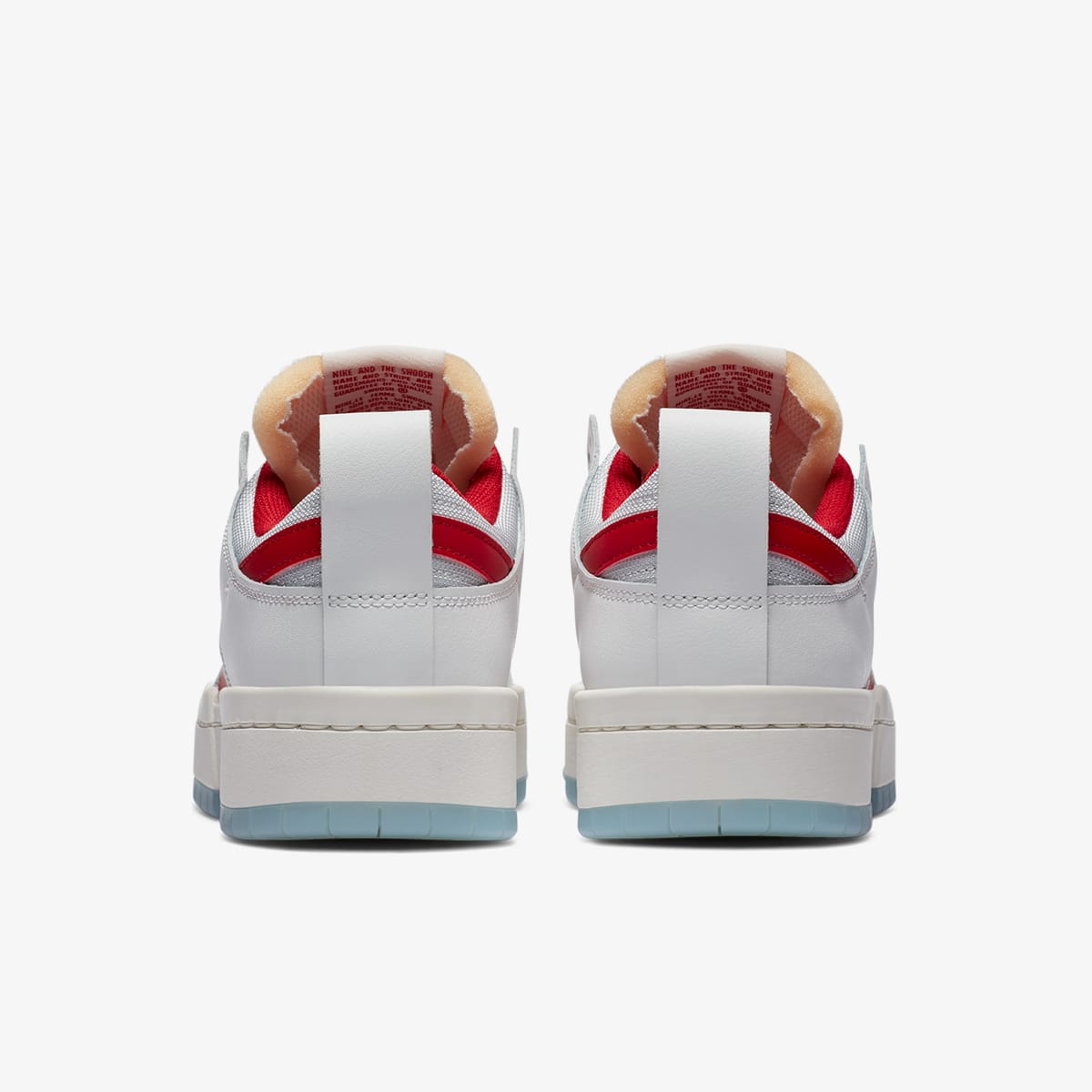 The typical-of-the-‘80s colourway of this pair highlights the reworked construction. 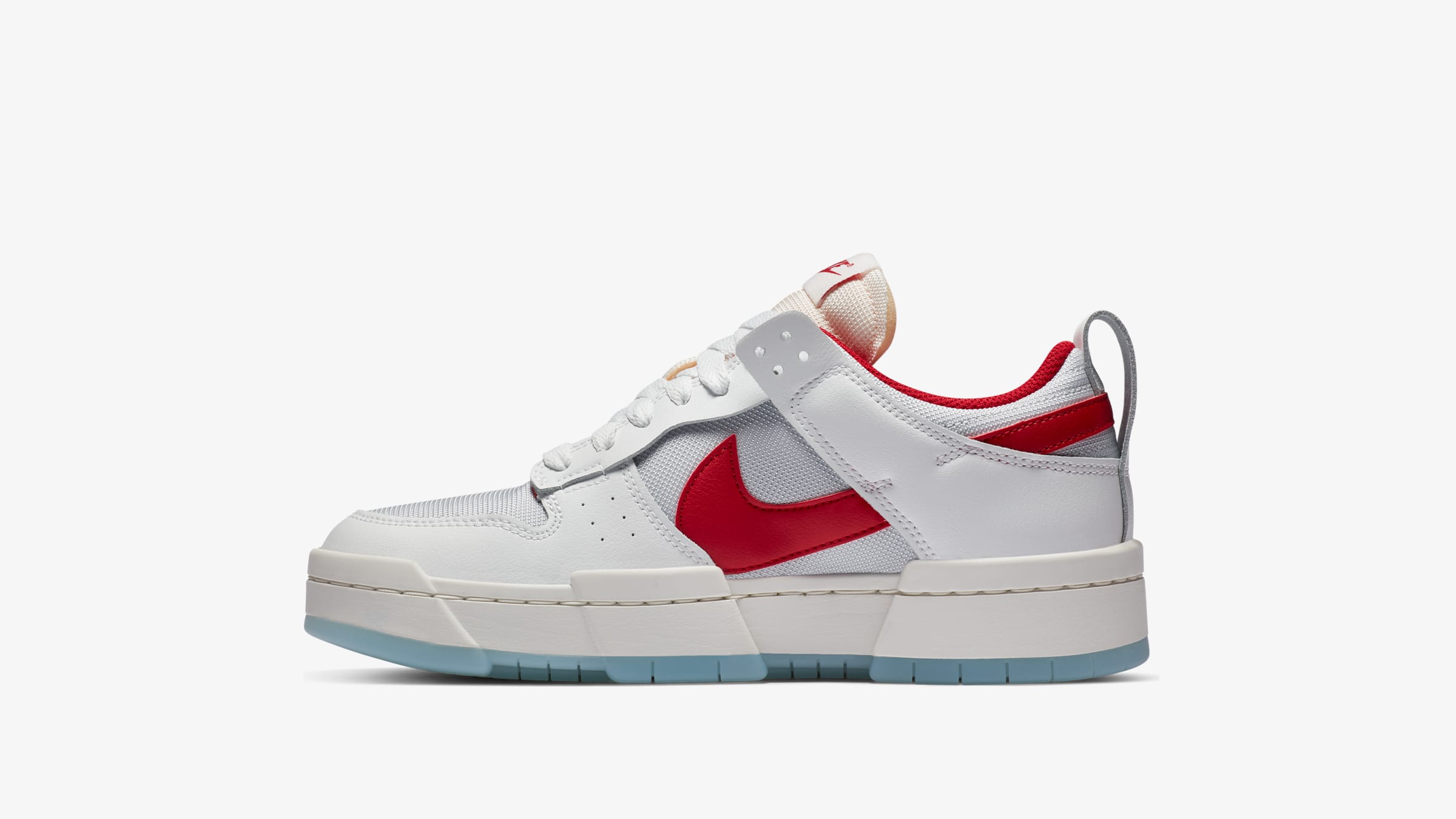 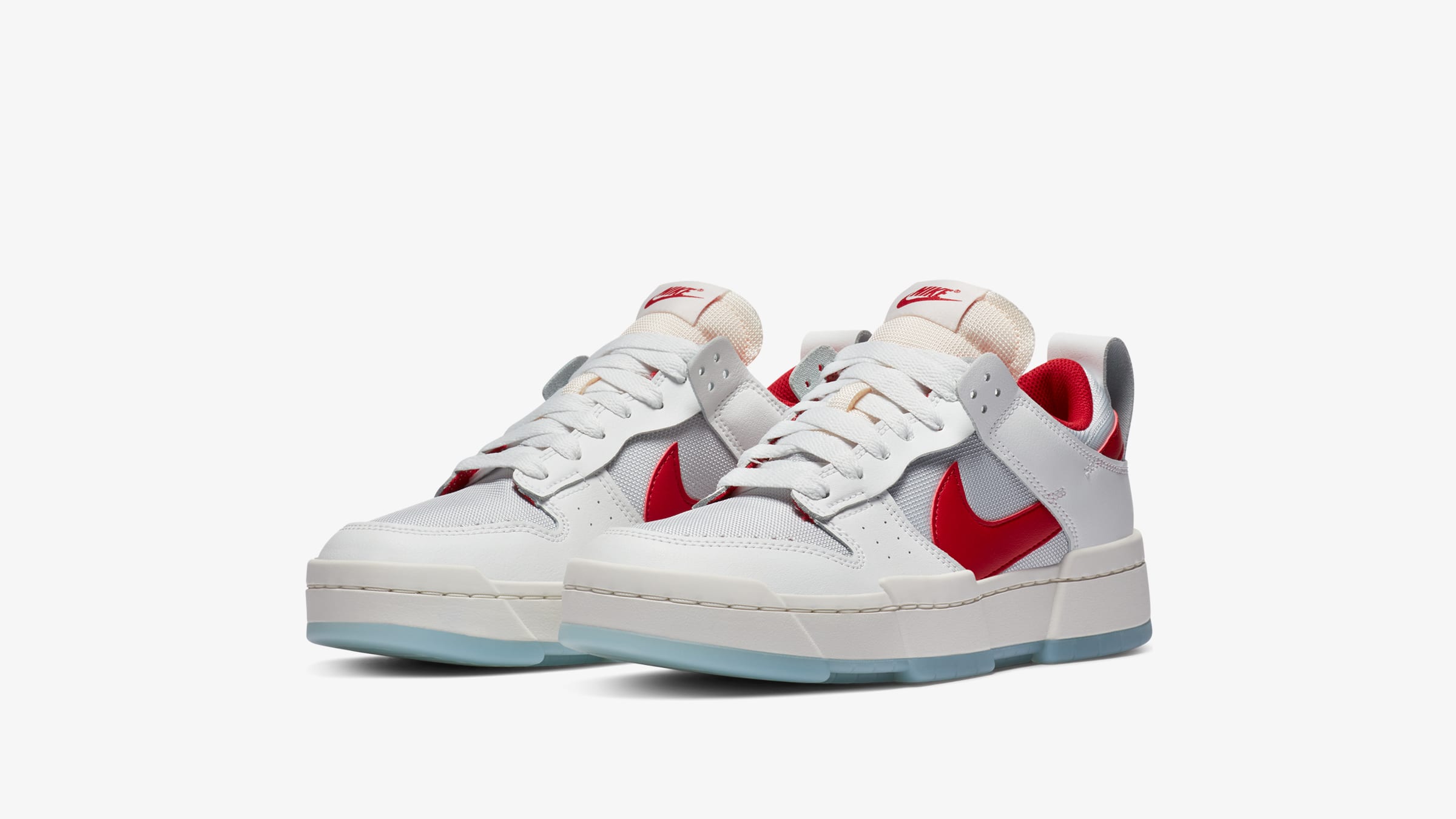 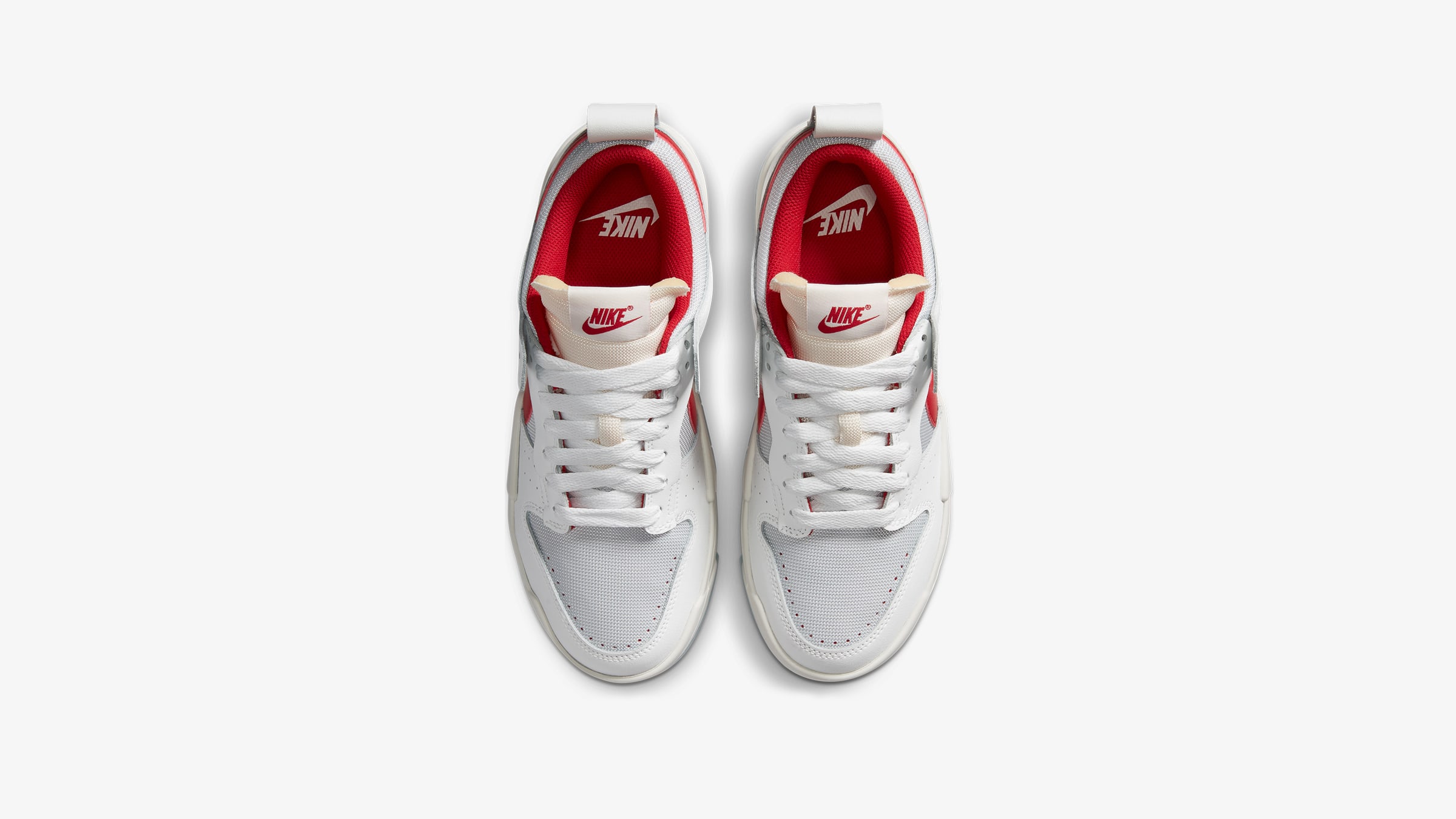 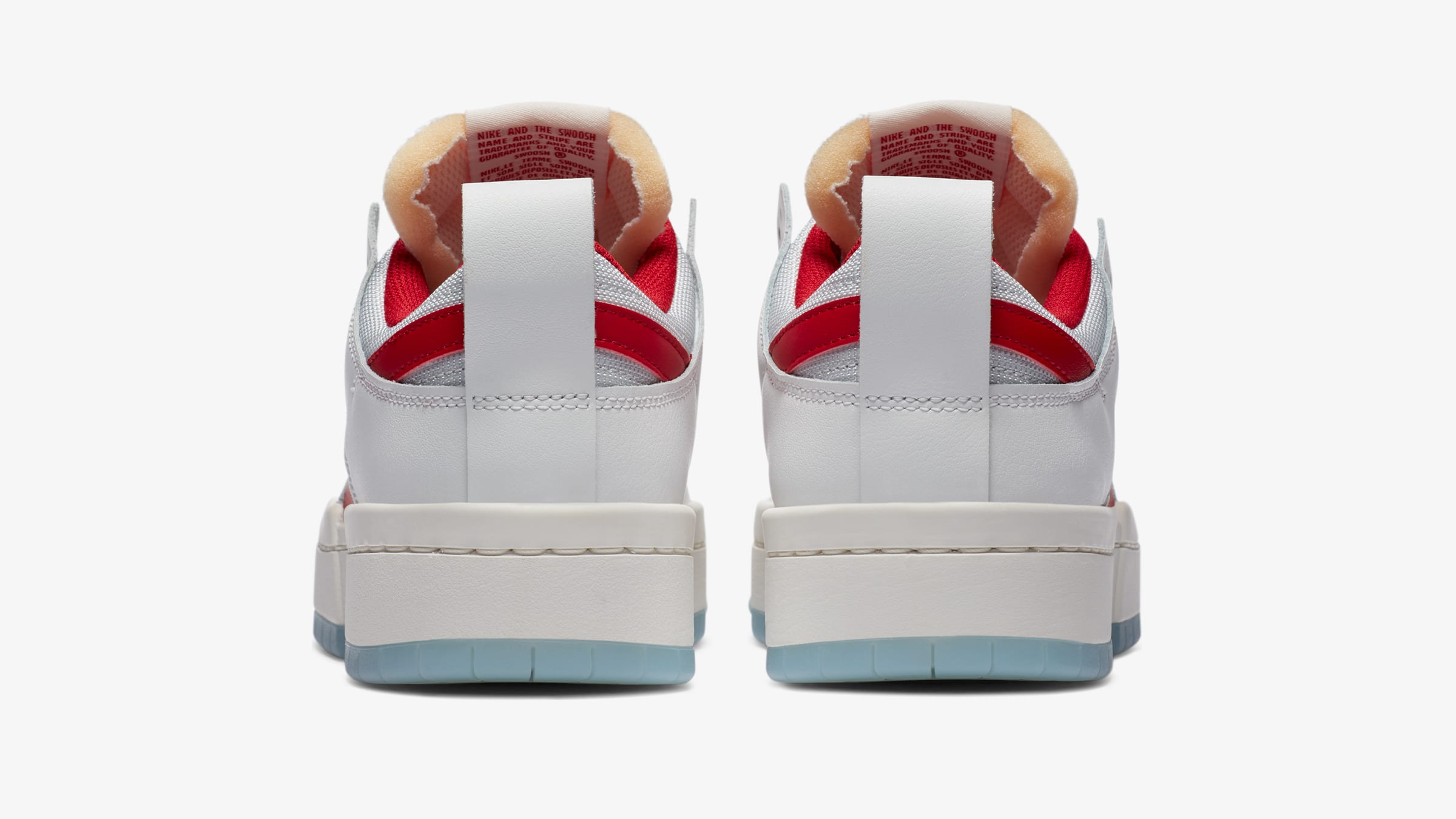 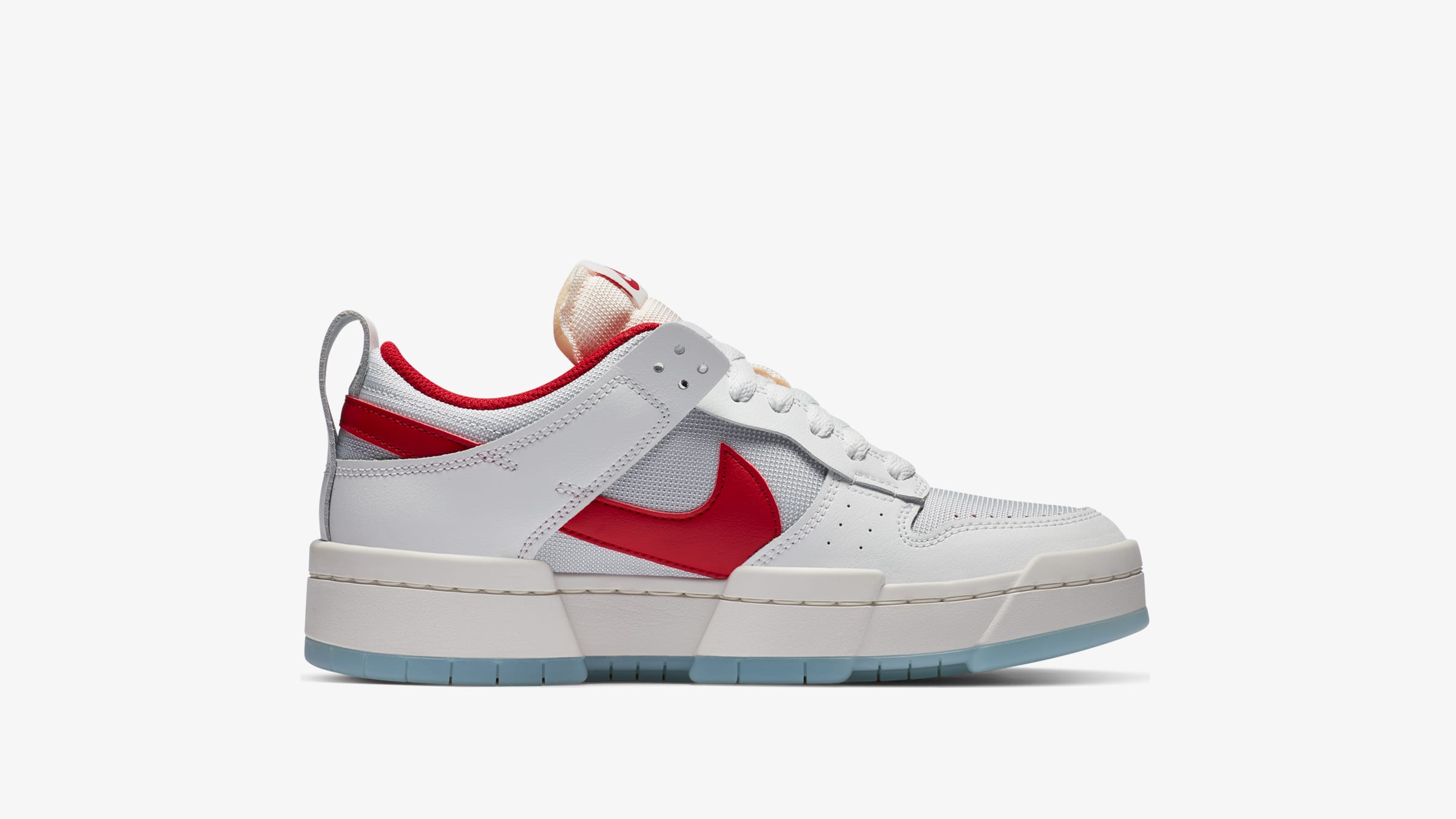 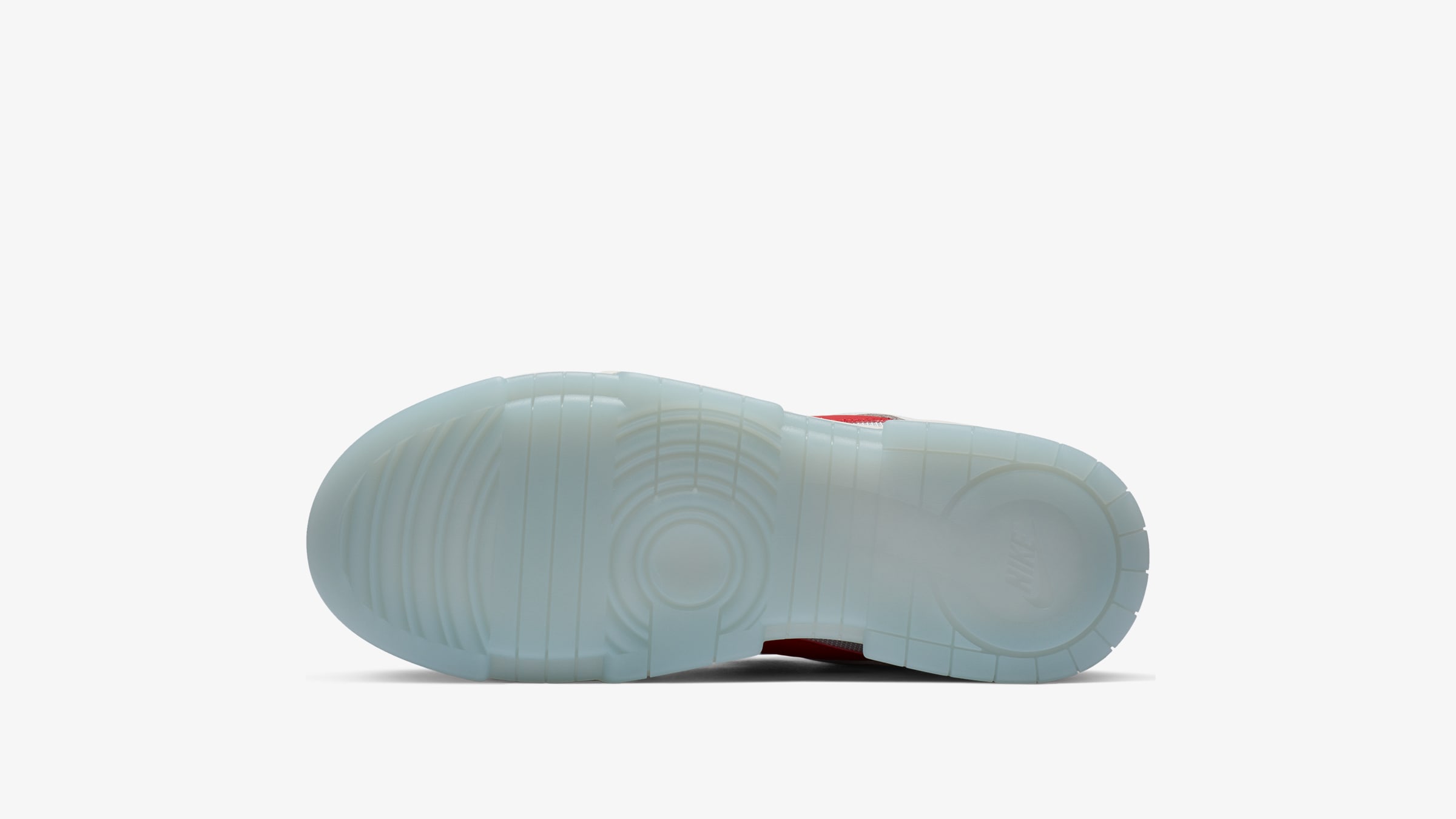 Nike debuted the Dunk back in 1985, but it’s now 2020 so an update was about due. And that’s exactly what the Beaverton brand has done. Named the Dunk Disrupt, its altered proportions and reworked panelling truly capture the non-conformist energy the name would suggest. The typical-of-the-‘80s colourway of this pair highlights the reworked construction. The mixed material white uppers are joined by floating overlays, a gym red Swoosh that runs behind the collar and an elongated heel pull, while the exaggerated underfoot tooling further distances it from the norm.