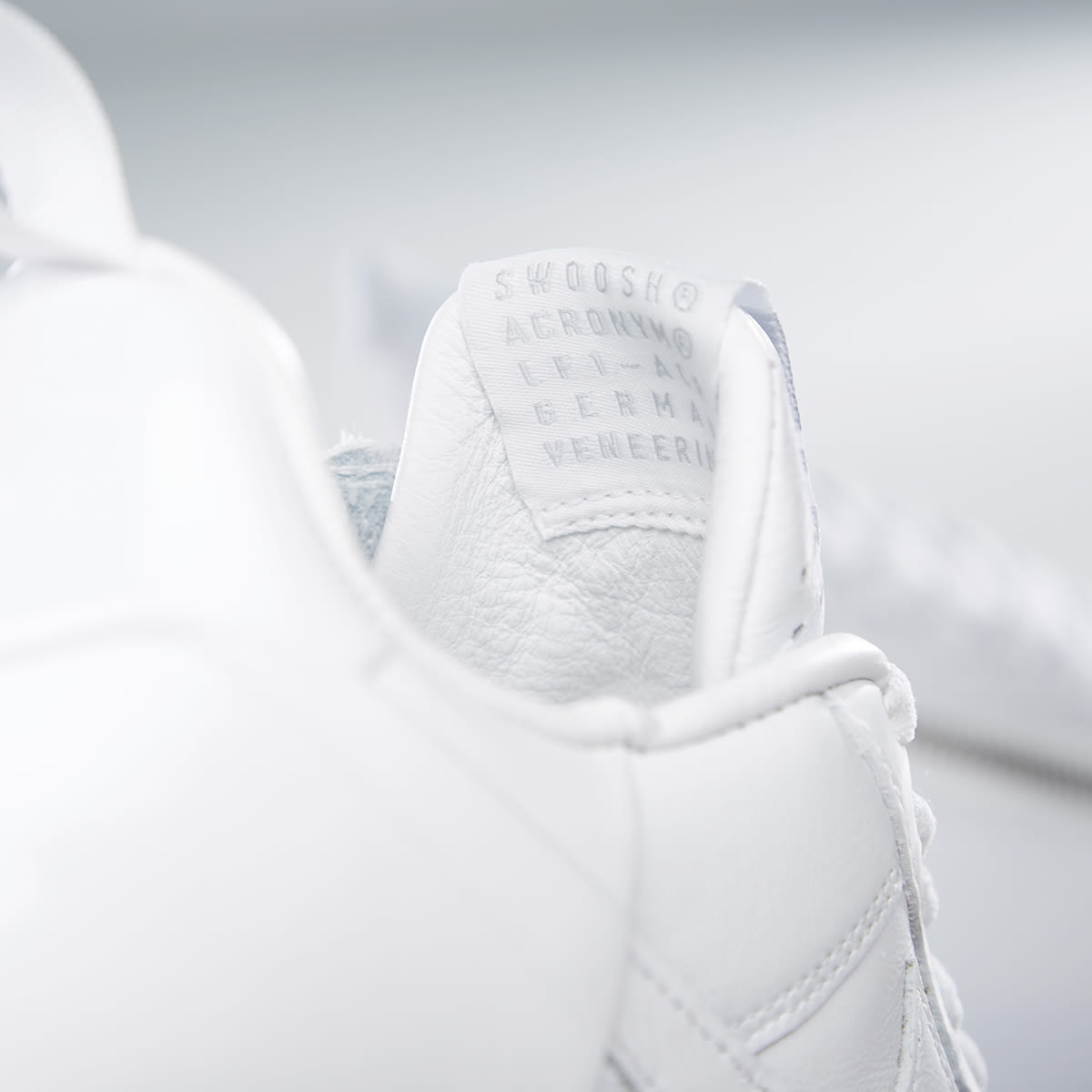 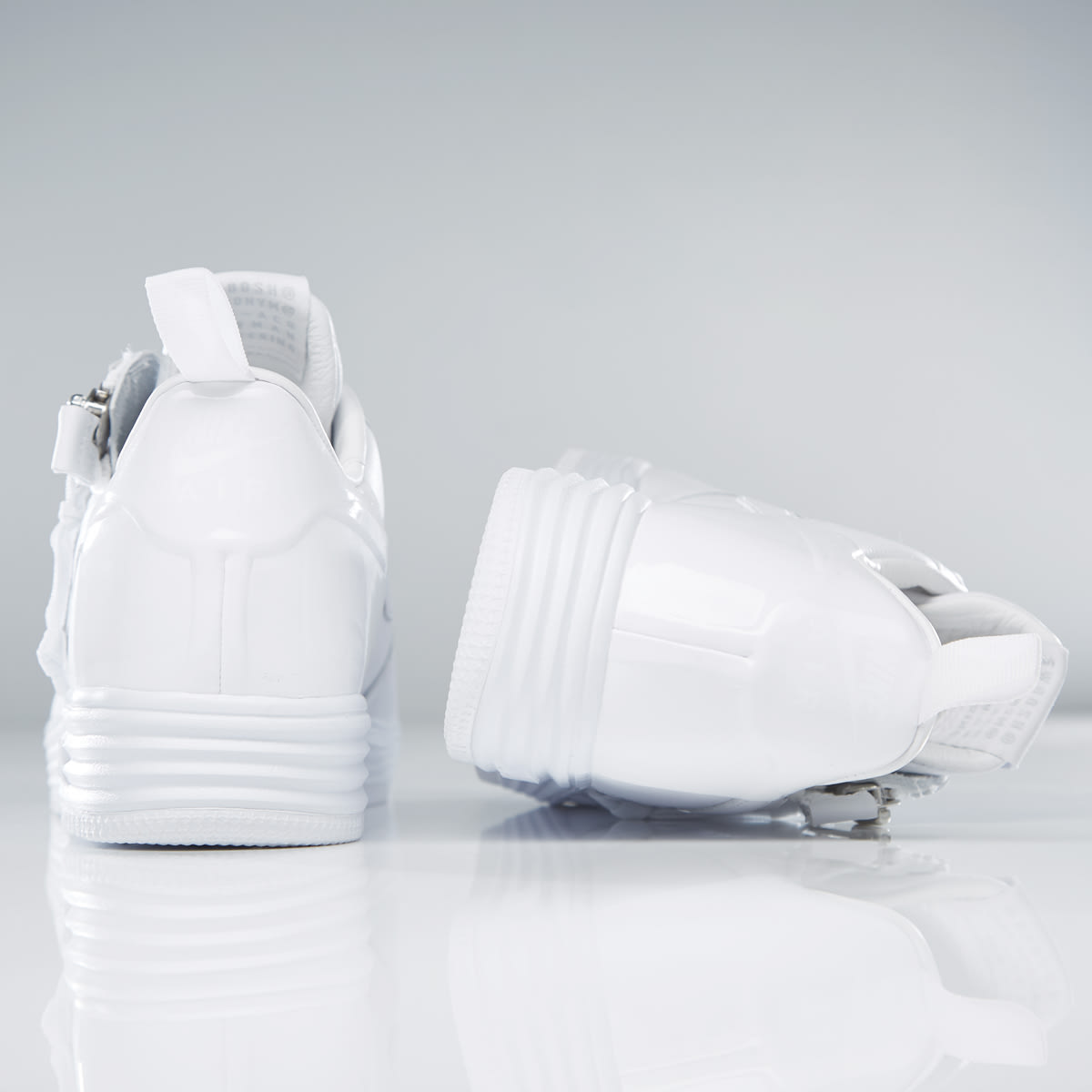 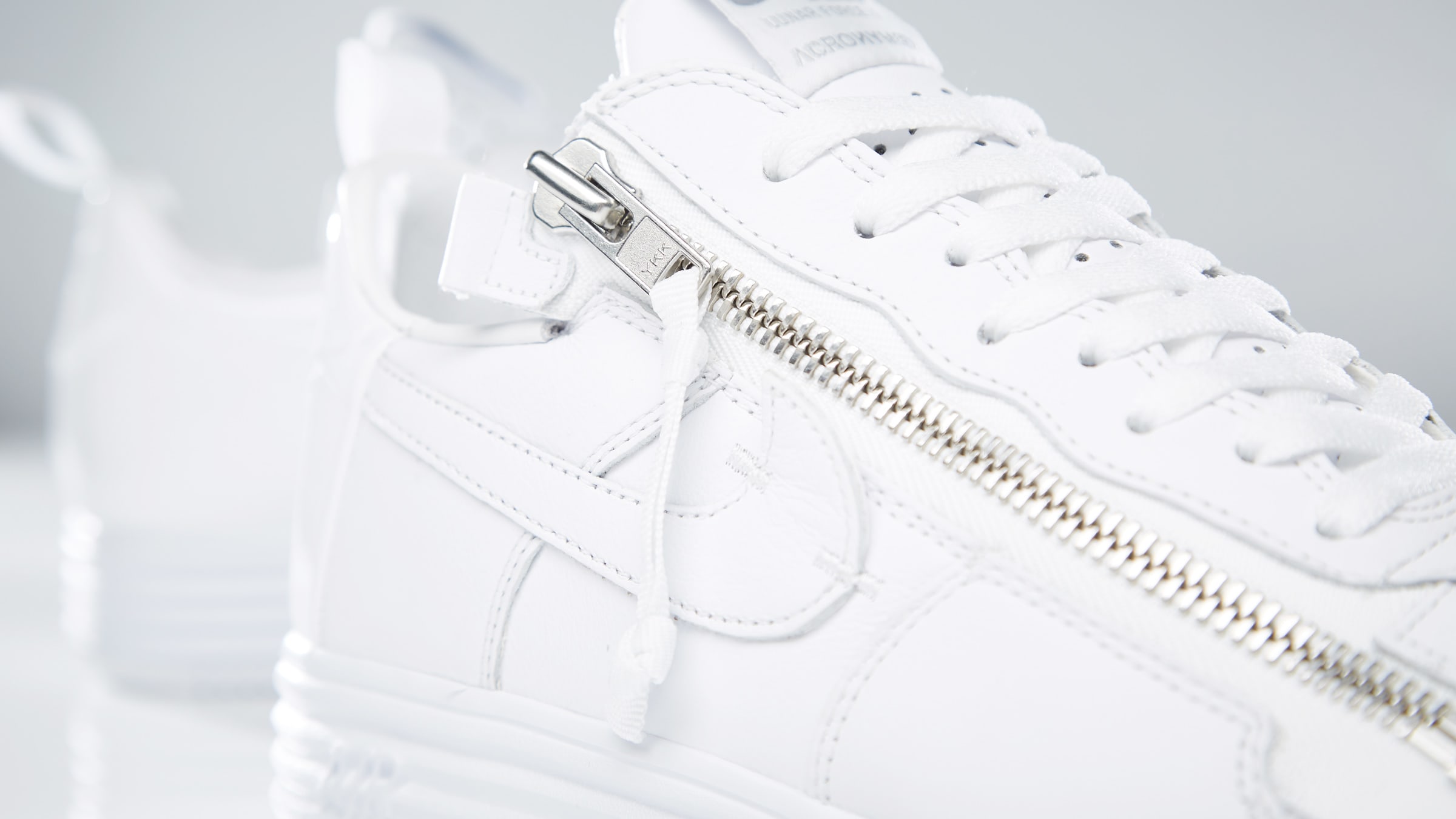 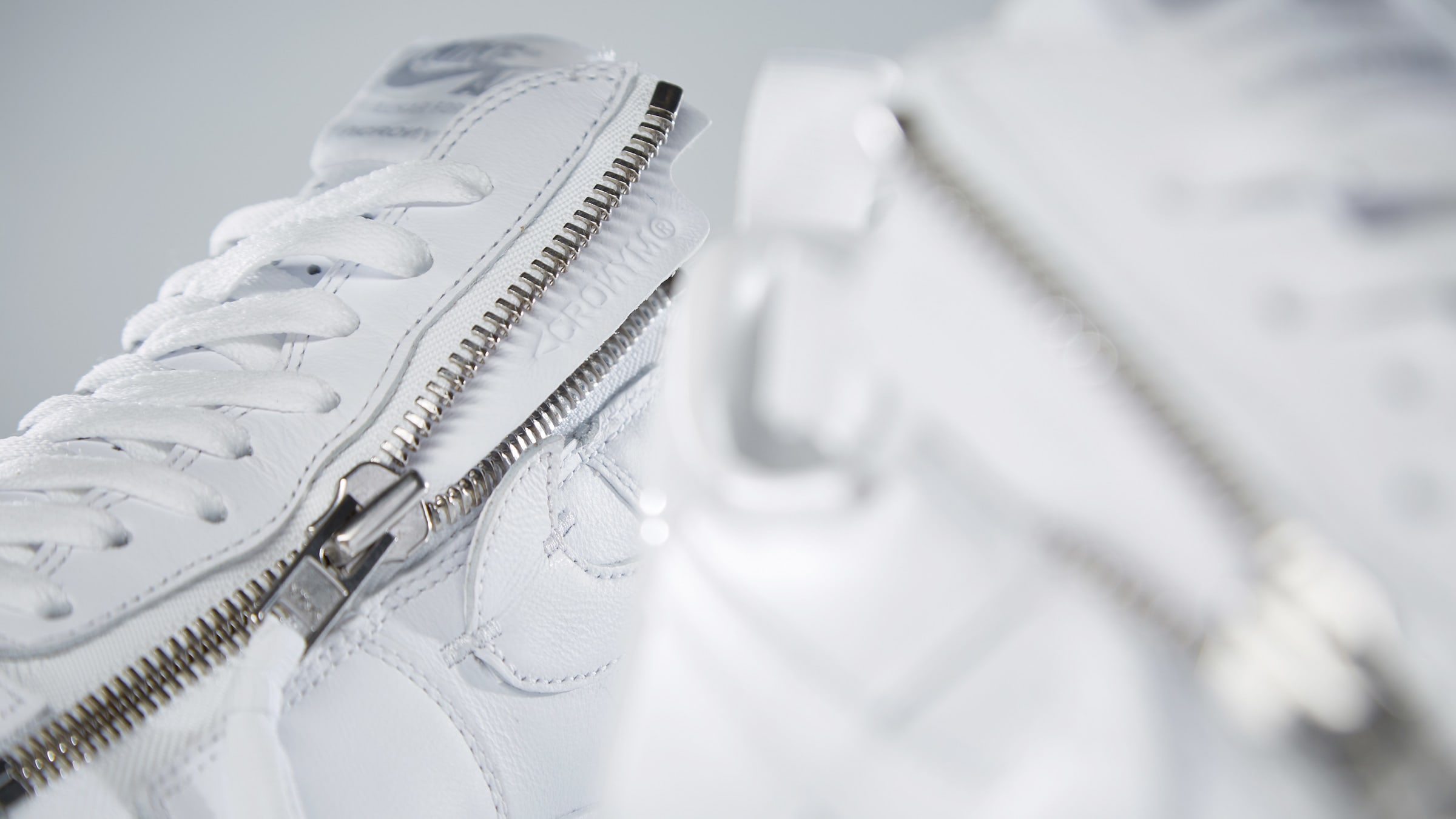 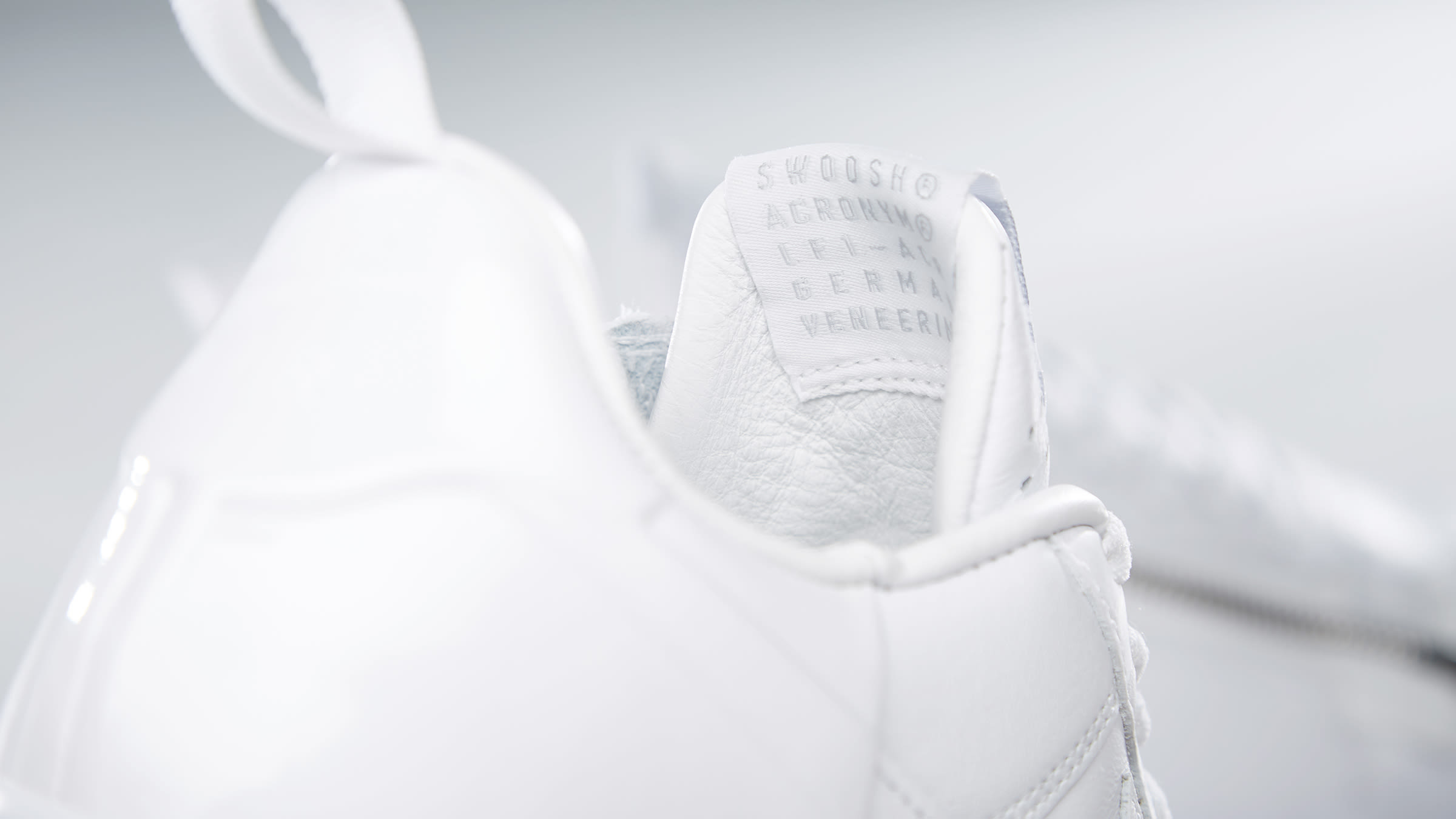 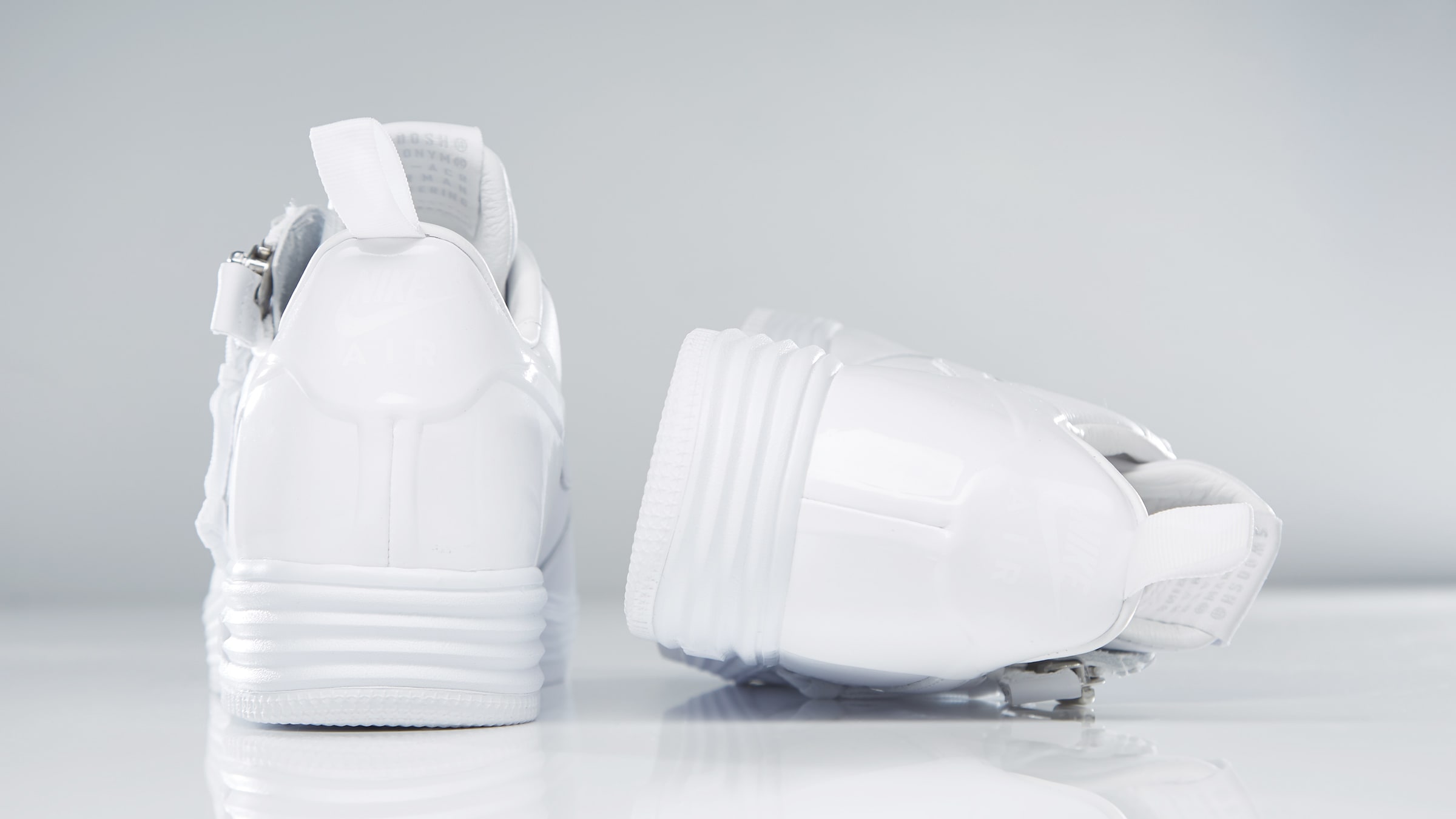 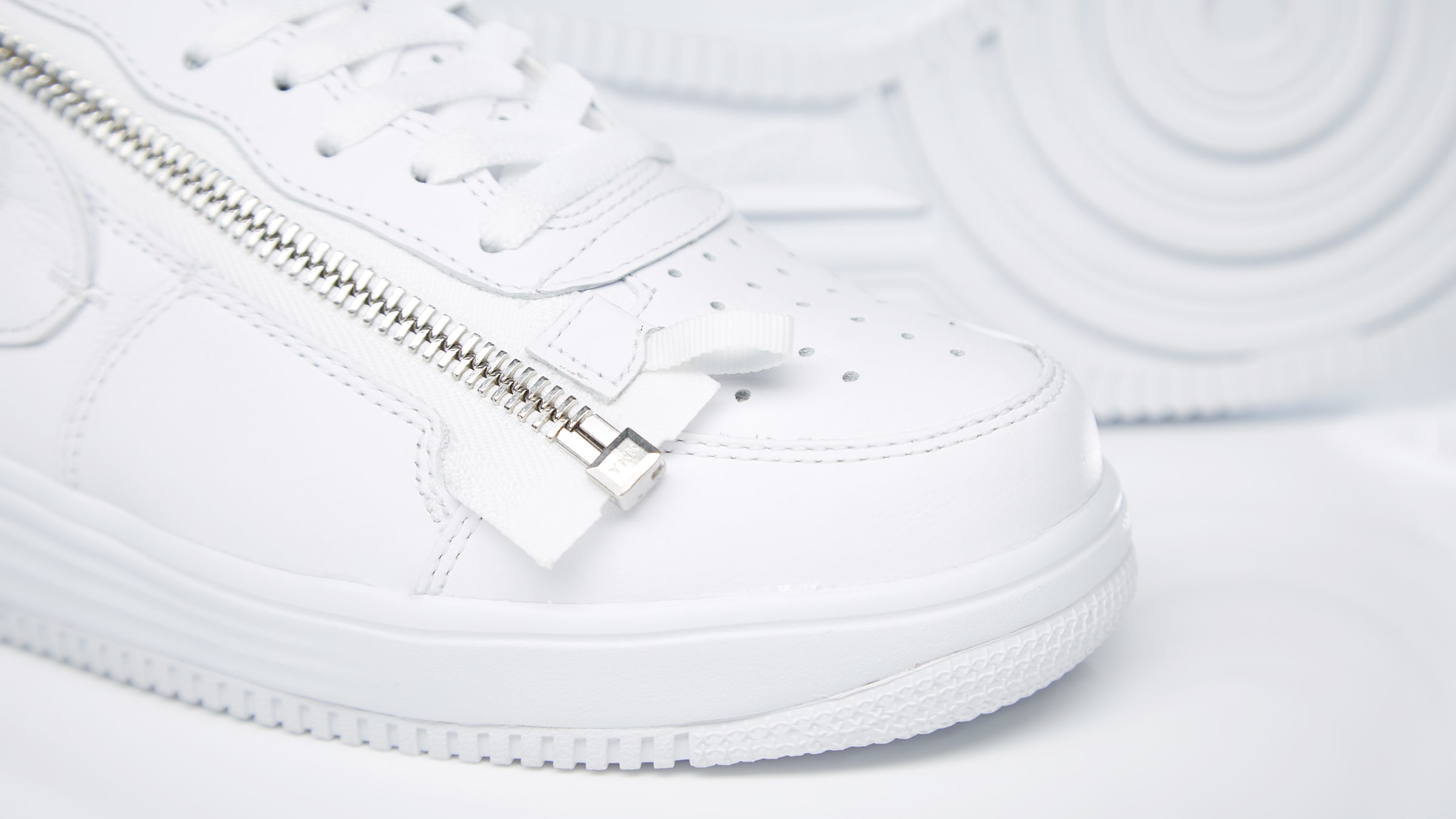 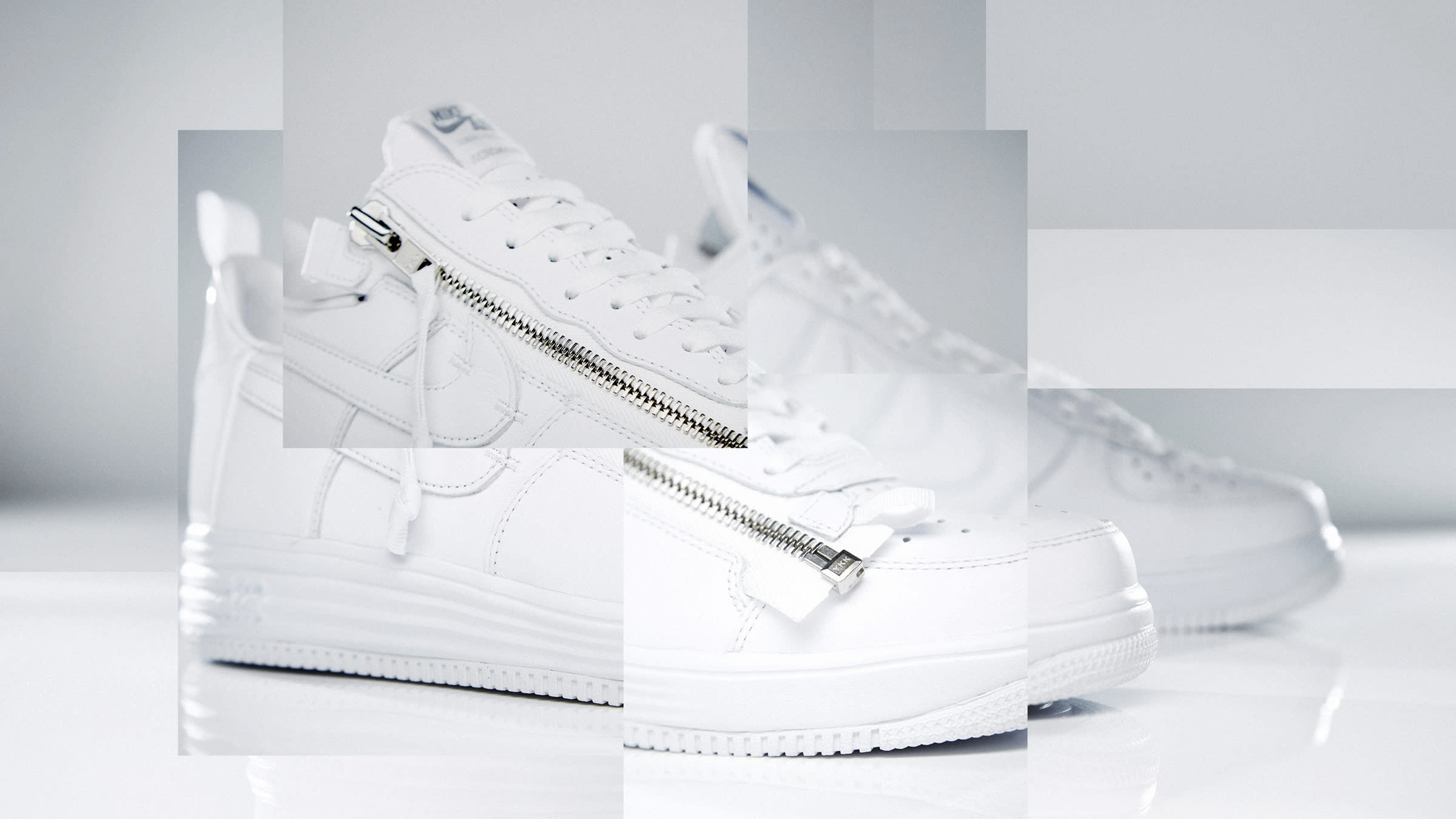 To celebrate the 35th anniversary of the Air Force 1, Nike has collaborated with visionaries from around the world in celebration of the shoe’s defining colourway: white-white. The hoops legend takes on the innovation and creation of ACRONYM’s Errolson Hugh; reintroducing the 2015 ACRONYM x Lunar Force 1 design that made the AF-1 more functional and wearable than ever before. Improving its on-and-off process, the zip was introduced; making way for a deconstructive, rapid prototyping, punk-rock methodology thereafter.