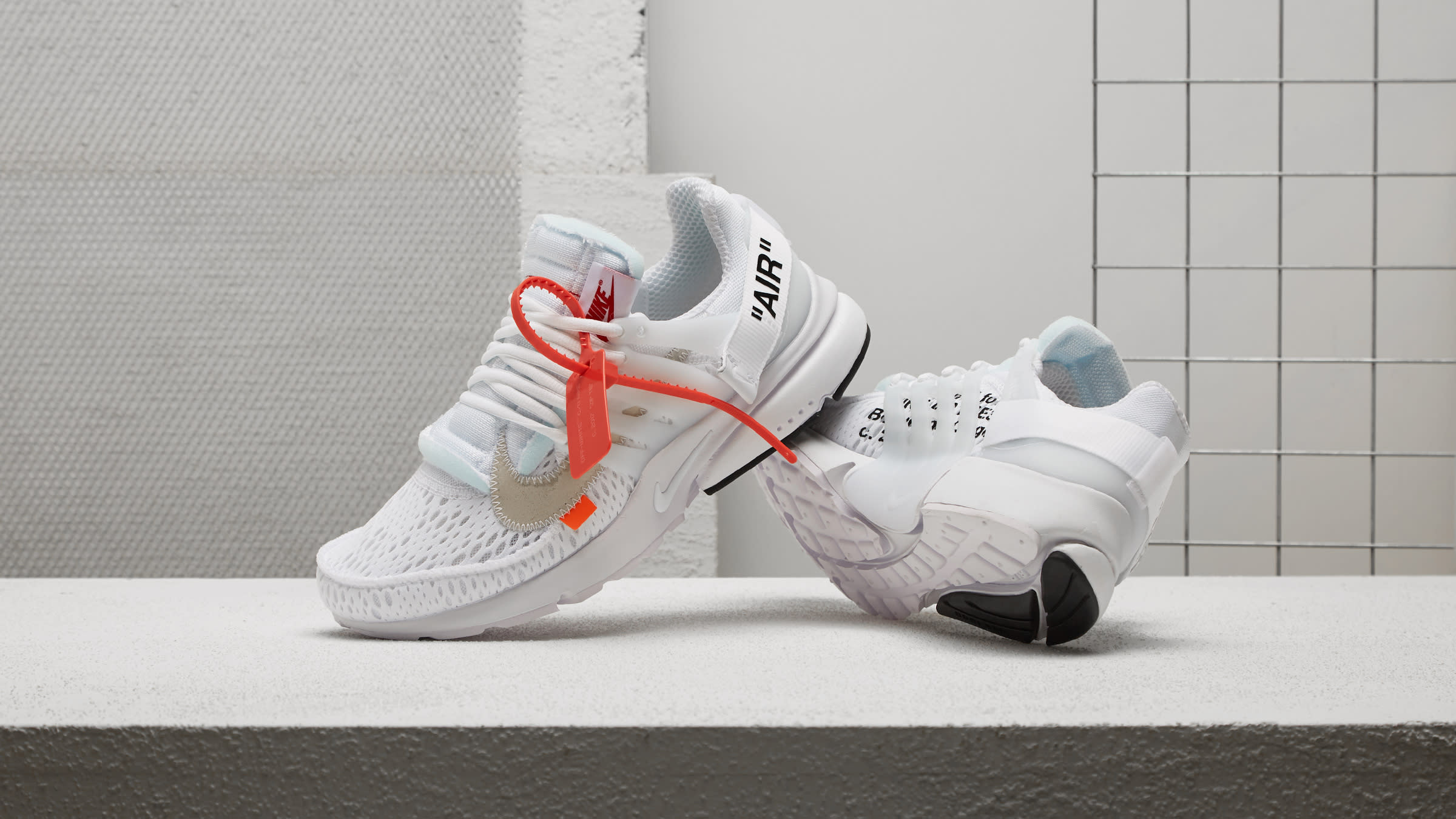 Another Nike x Off-White sequel, Virgil Abloh tags up the Air Presto once again with his distinguishable red zip tie. Following on from ‘The Ten’, the unorthodox design of the Presto replaces its caged minimalism in favour of a deconstructed tongue and stitched Swoosh, “AIR” insignia and a bold orange tab to the side wall.

Dressed almost completely in all-white, the brand text under the midfoot cage adds contrast to the solid colour look, set on a Phylon midsole which wraps around the foot with lightweight support and a recharged, Air-cushioned base. 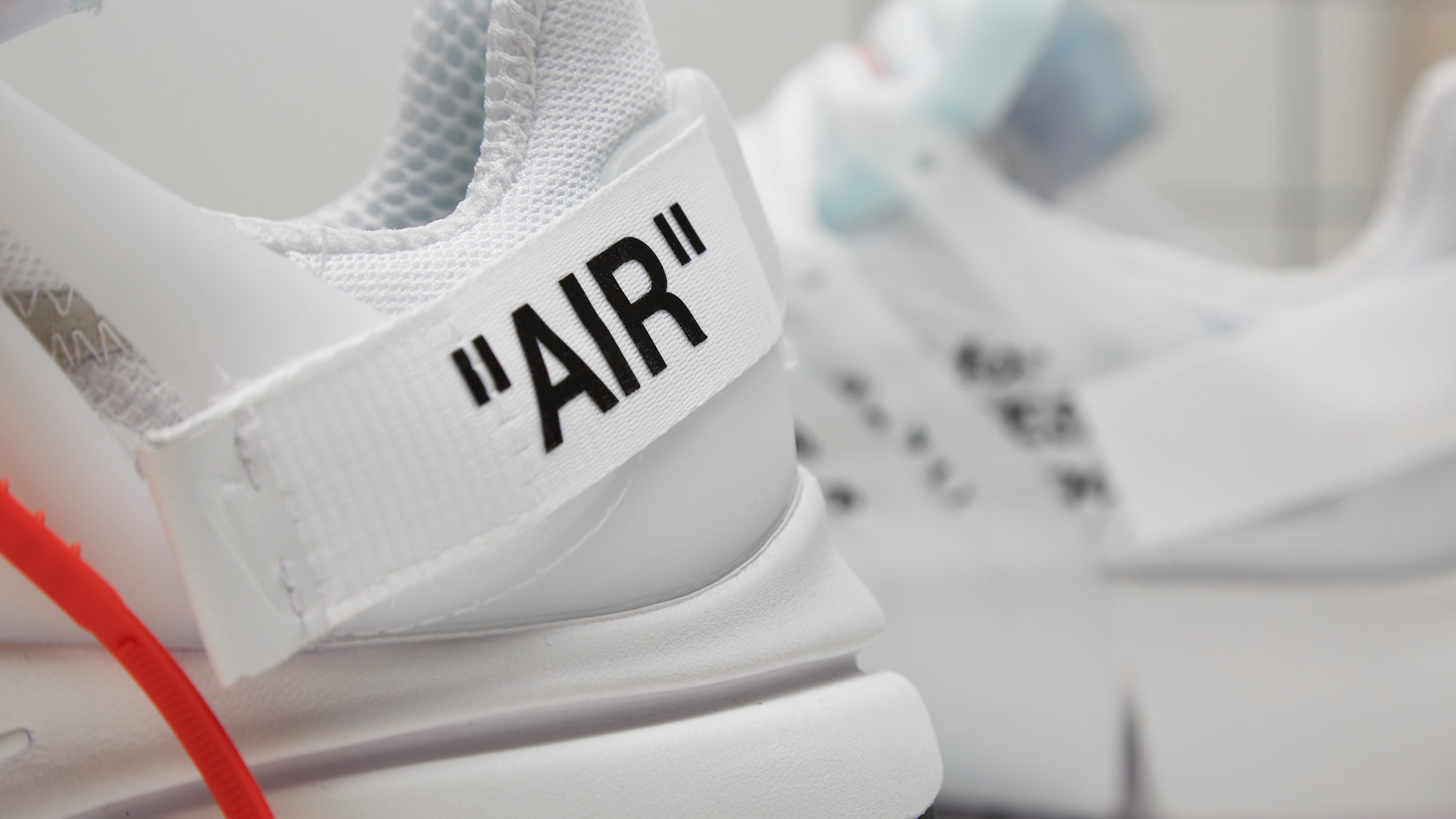