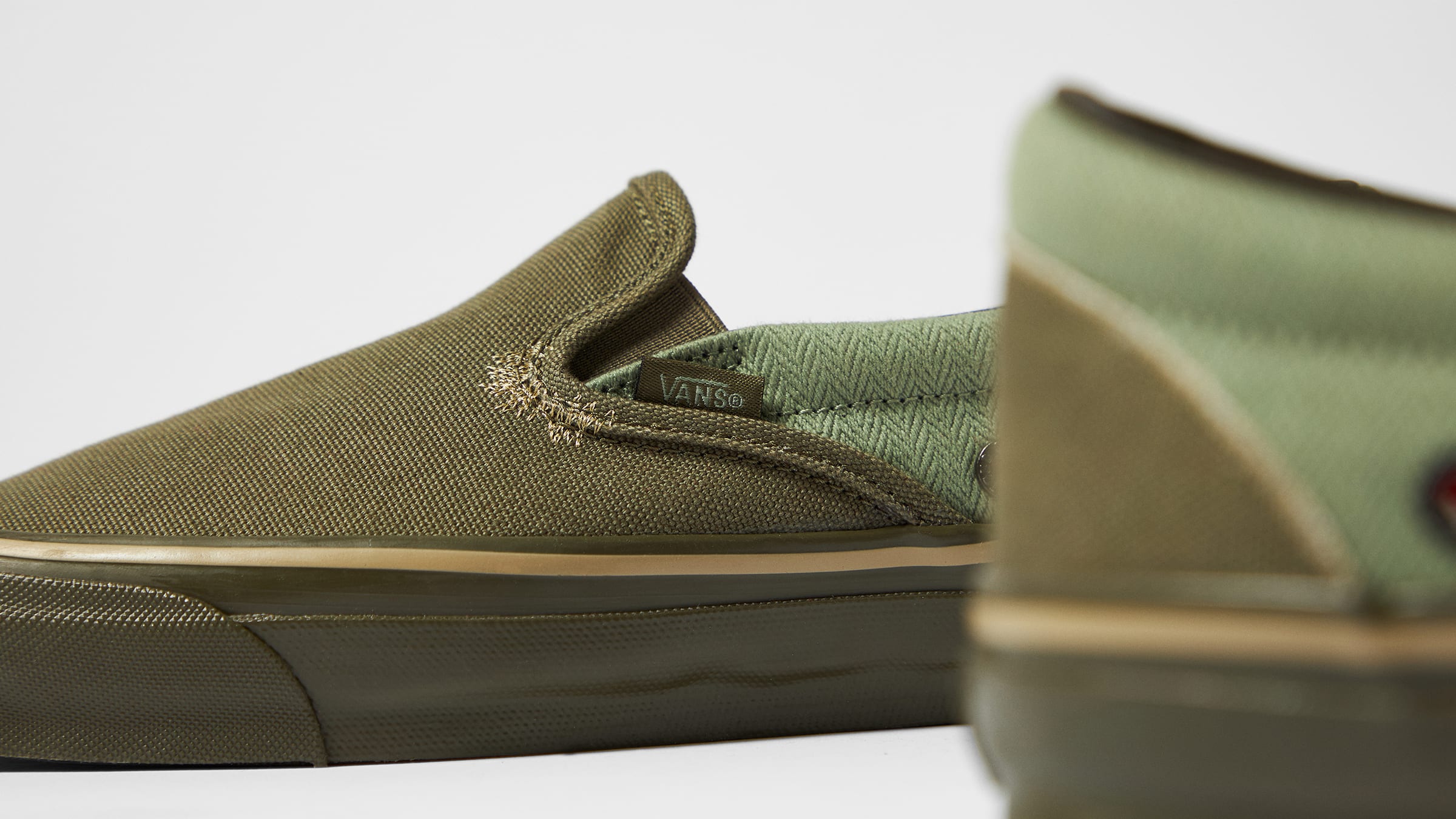 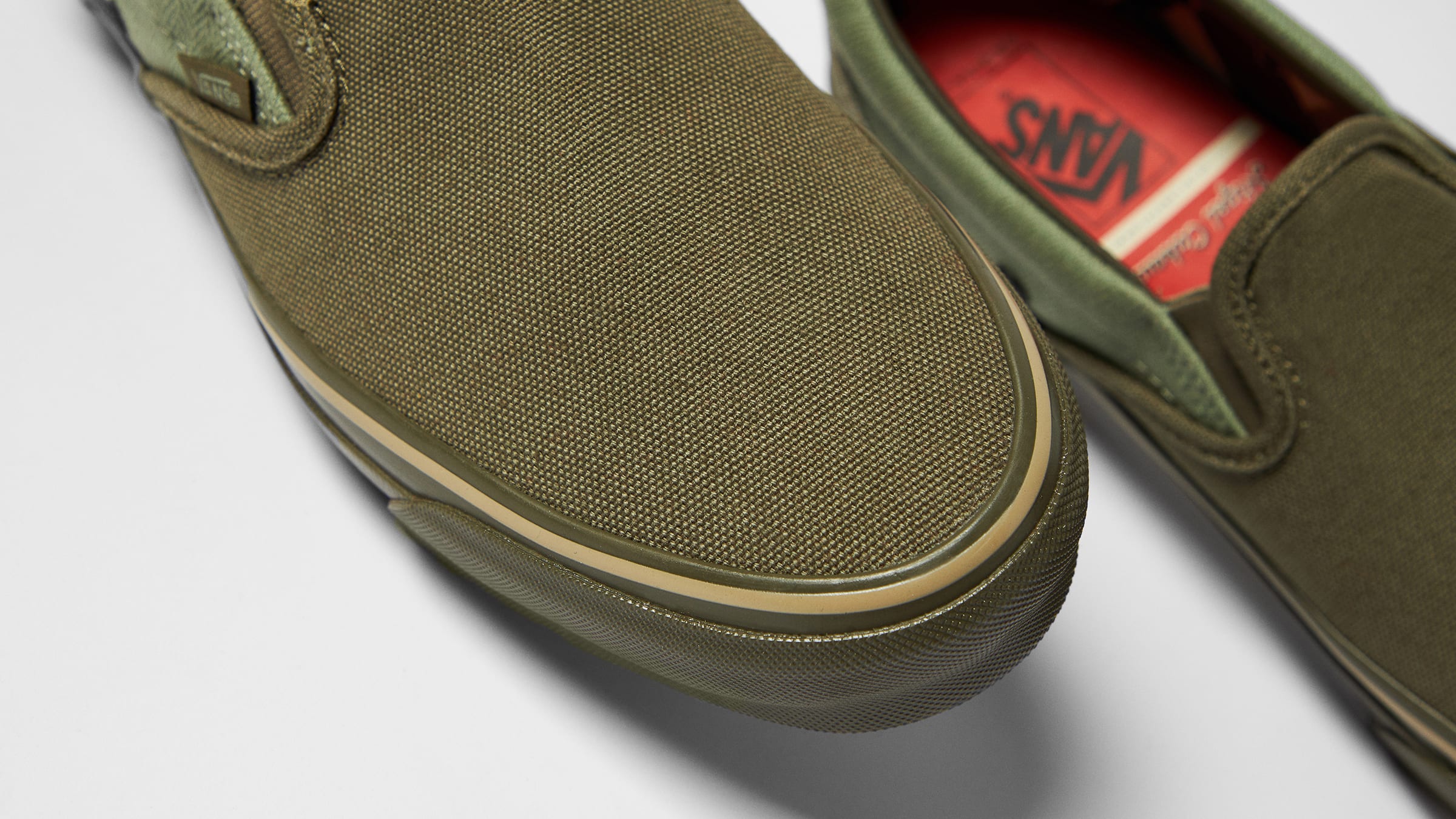 A deep appreciation for materials and utilitarian design. 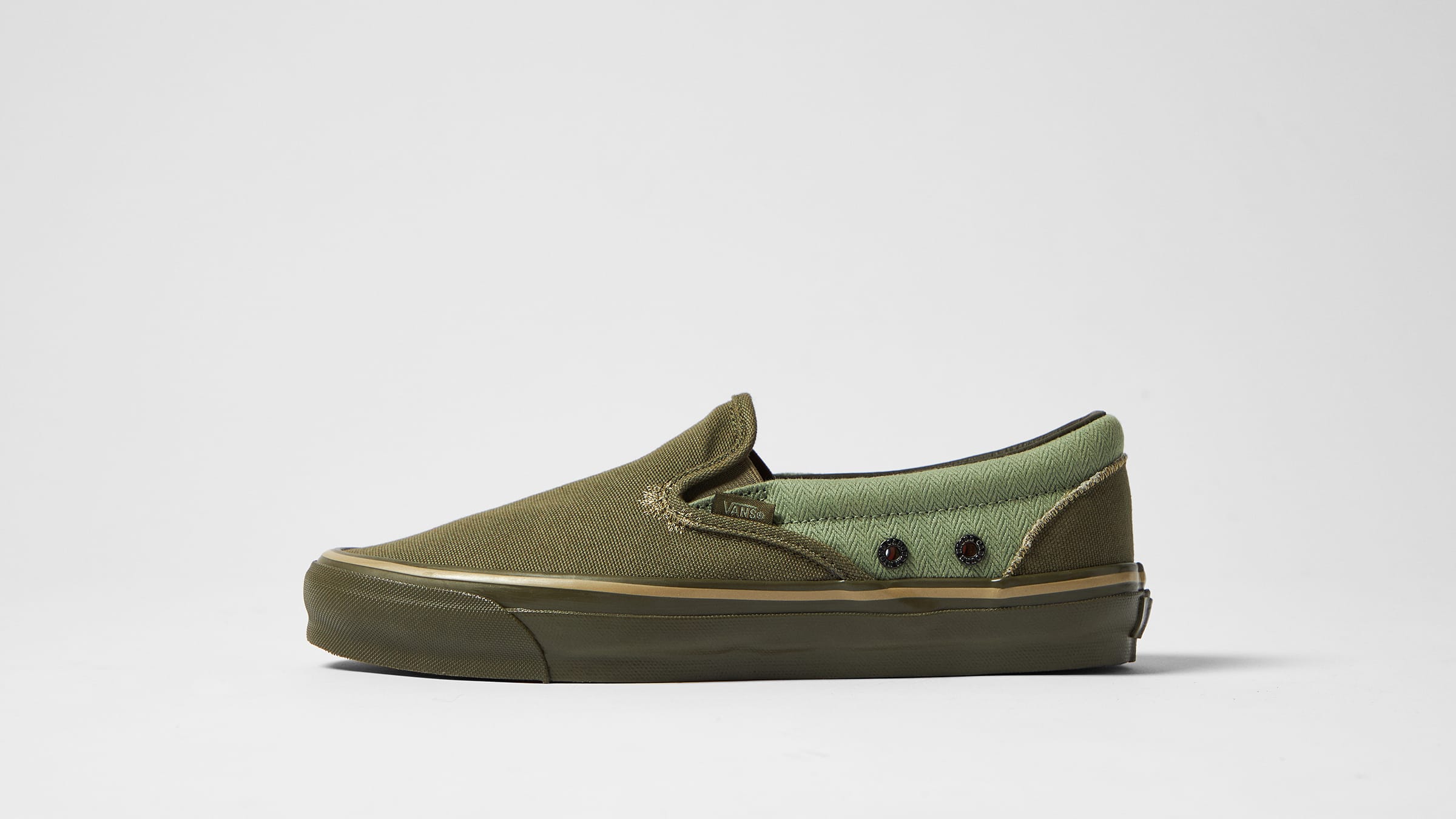 Since day one, Nigel Cabourn — the British designer’s eponymous label — has shown a deep appreciation for materials and utilitarian design.

It comes as no surprise, then, that his debut collaboration with Vans Vault leans in on that. Take this rework of the Californian label’s iconic Slip-On — the uppers, which come in neutral, military-inspired hues, are cut from a mixture of both canvas and herringbone twill, then detailed with rivets that’re aged and branded to further the vintage look. The skate-ready sole unit is as it always is underfoot, too, including that famous heel branding. 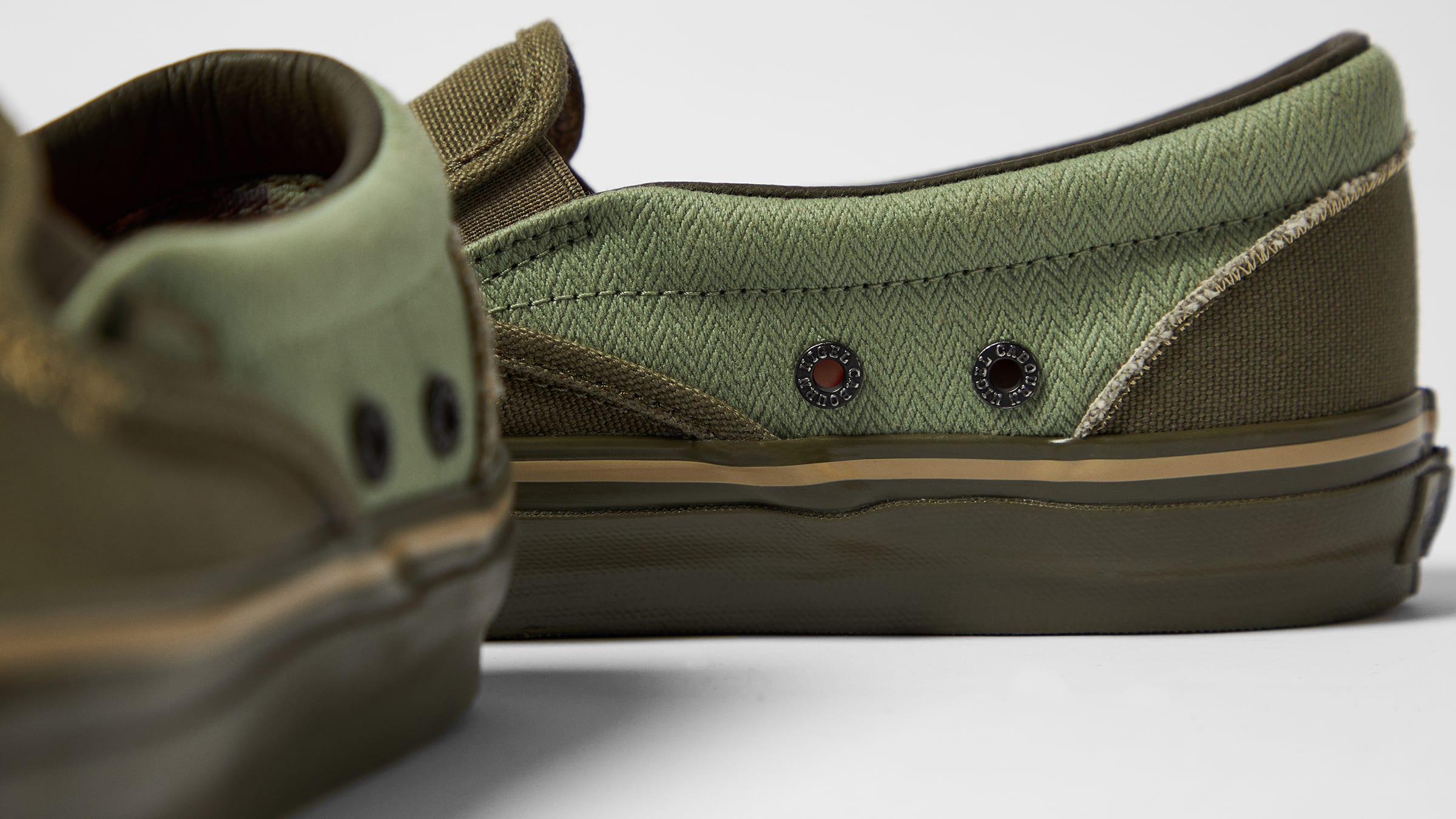 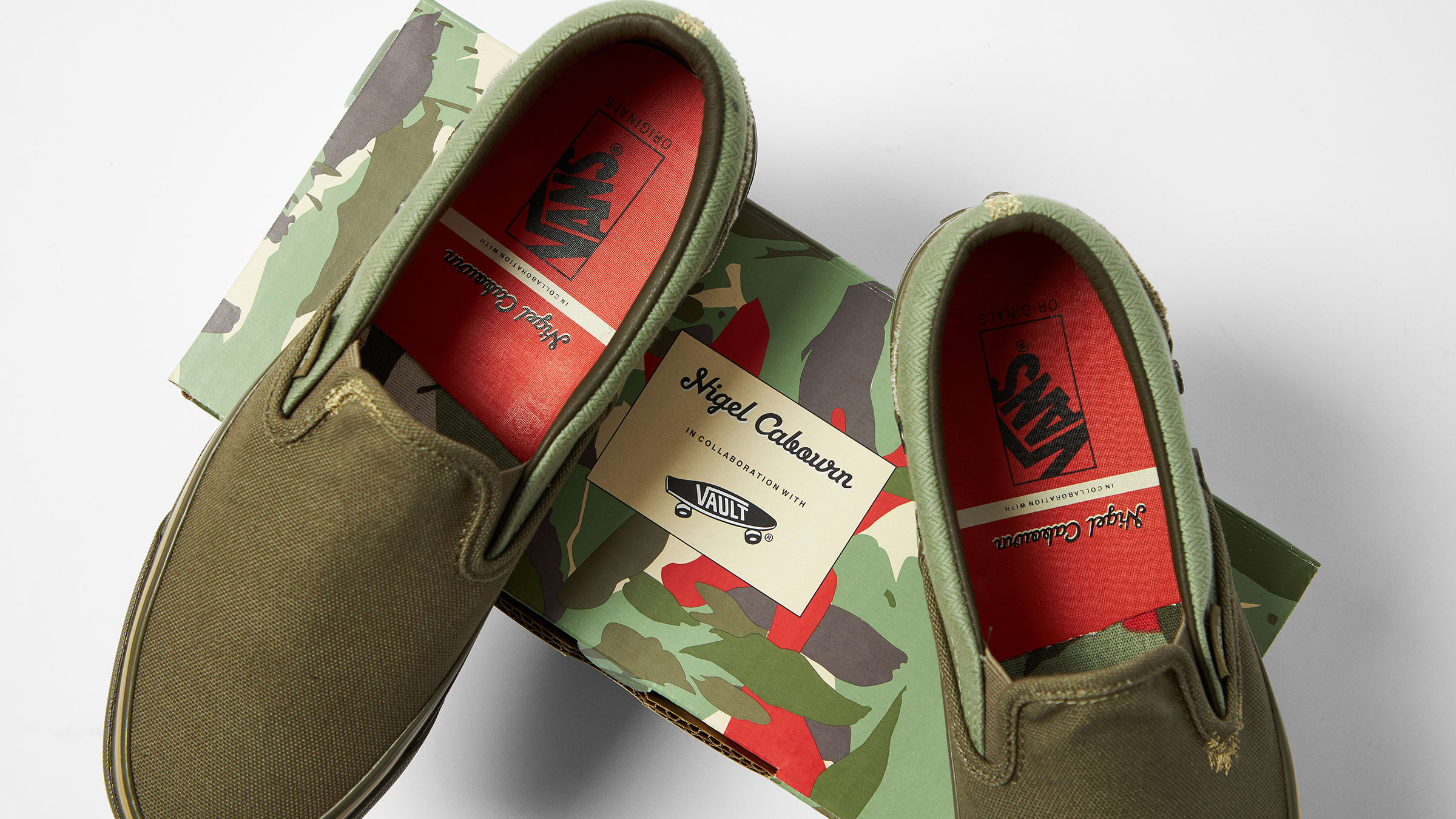