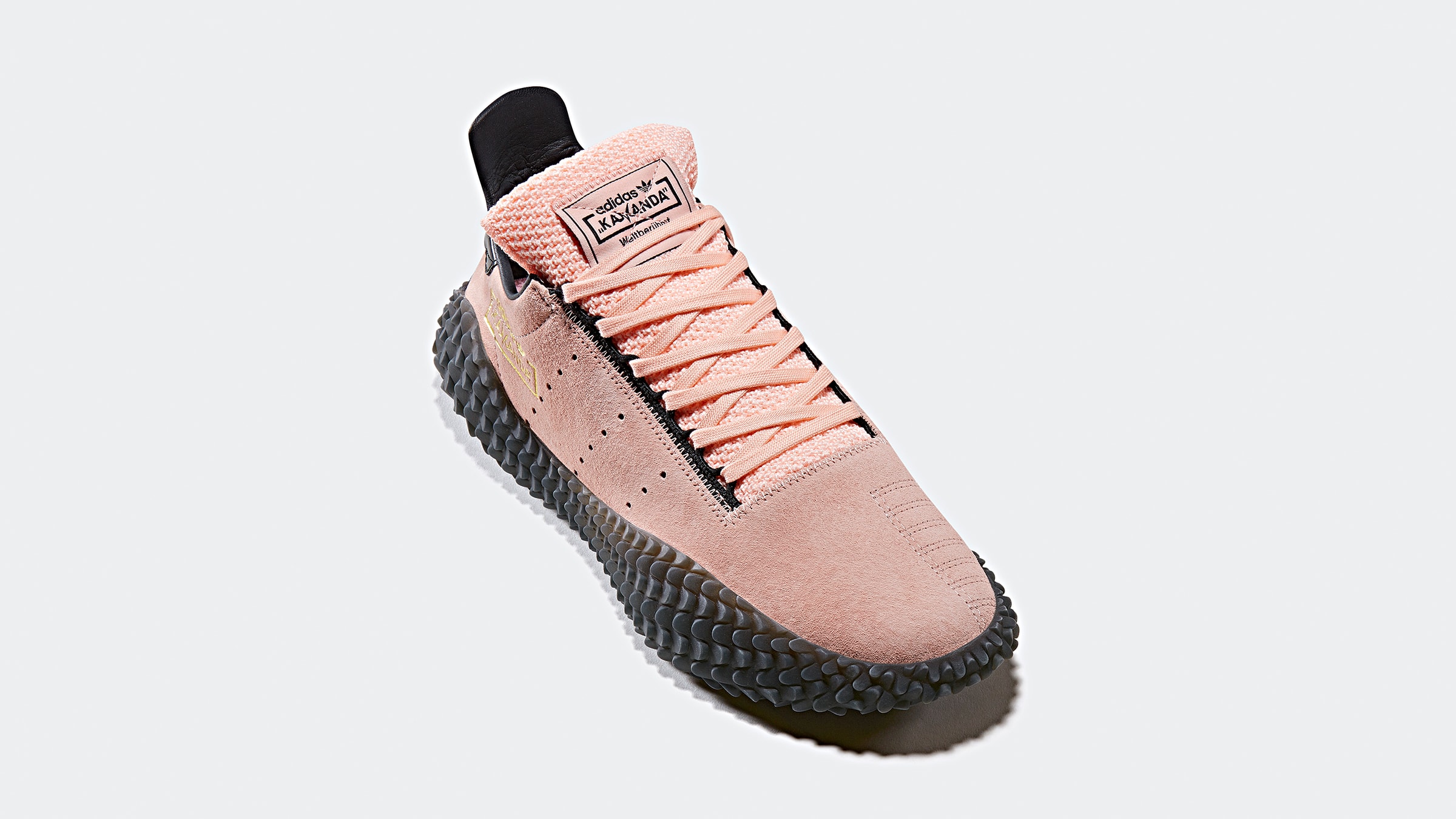 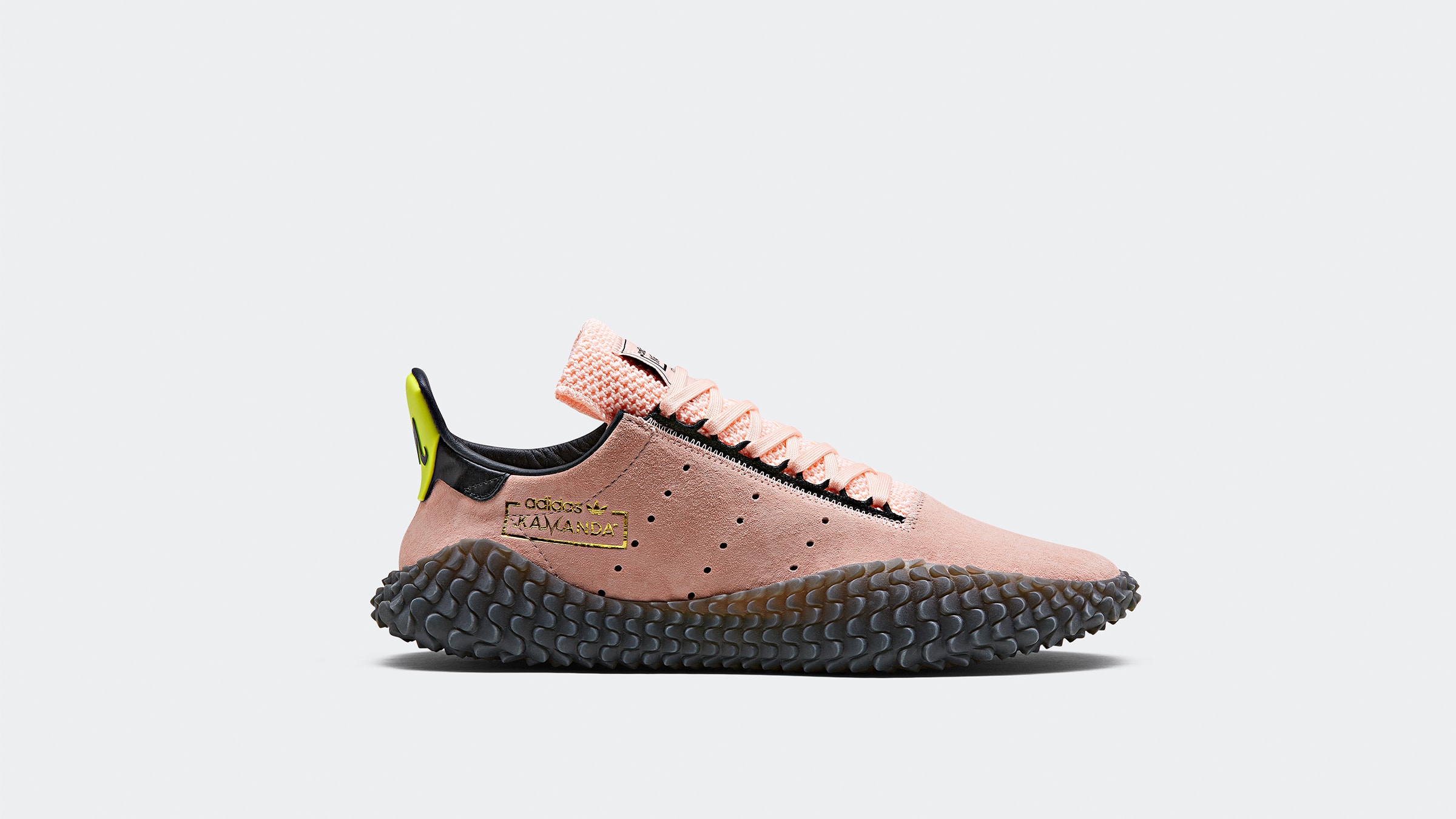 The final antagonist from the Dragonball Z franchise, Majin Buu is a force to be reckoned with. Pairing the villain’s love for mayhem and destruction with the Kamanda’s rugged construction, adidas deliver the next DBZ icon.

A new form for the bubblegum pink character, the Kamanda is ready for battle, with Majin Buu’s unquestionable danger lying in wake. Armoured up with perforated three-stipes mimicking Buu’s ability to shoot steam from holes in his body, the suede-wrapped sneaker packs a punch with anime capabilities fuelling the football-inspired design; hosting the villain’s iconic ‘M’ across the heel, while neon yellow accents channel his signature look. Completing the Kamanda’s aggressive tooling with an outsole that climbs the sidewalls; translucent greys and Majin Buu details link underfoot, with the Dragonball prize imprinted proudly to the side.