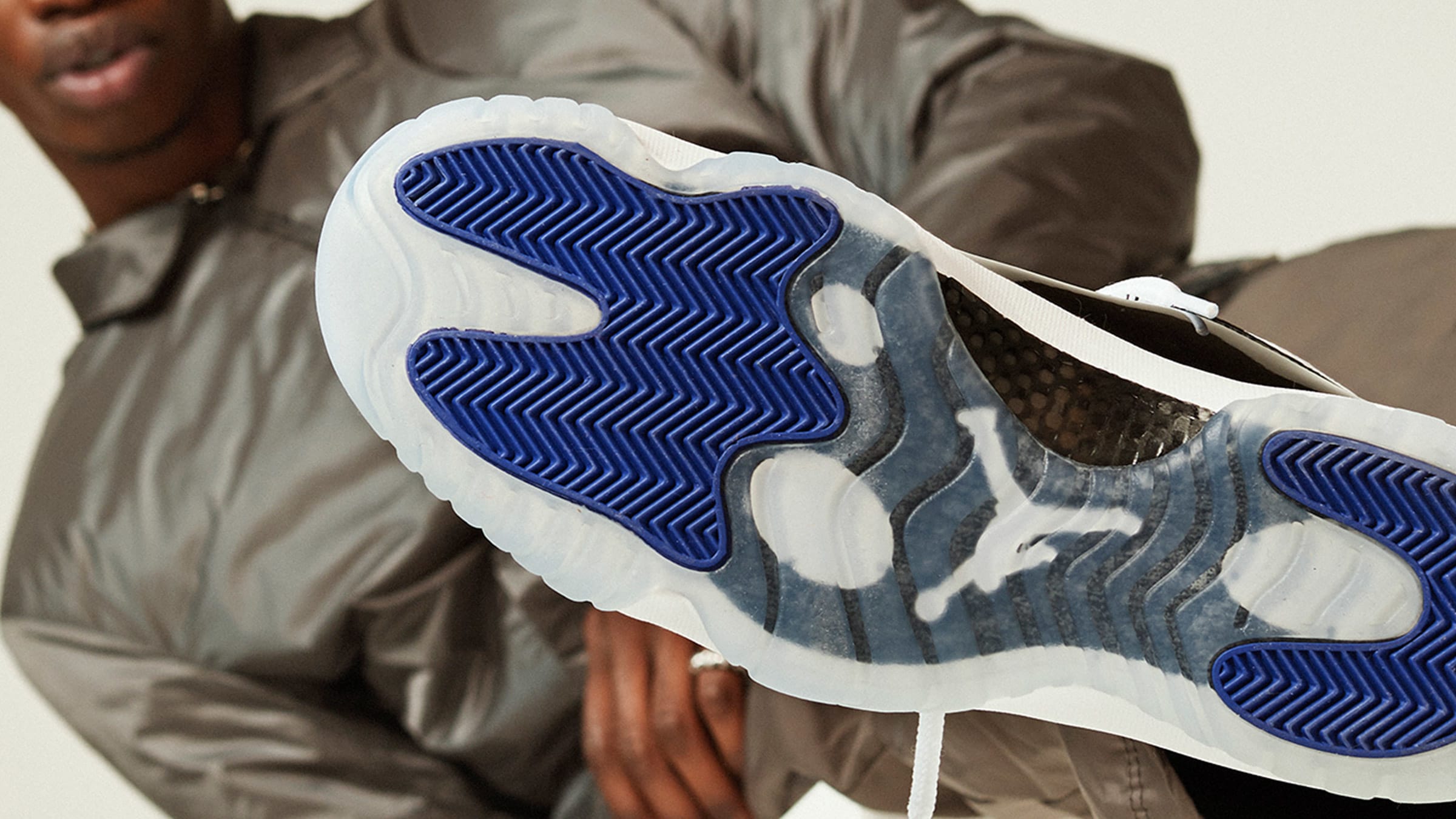 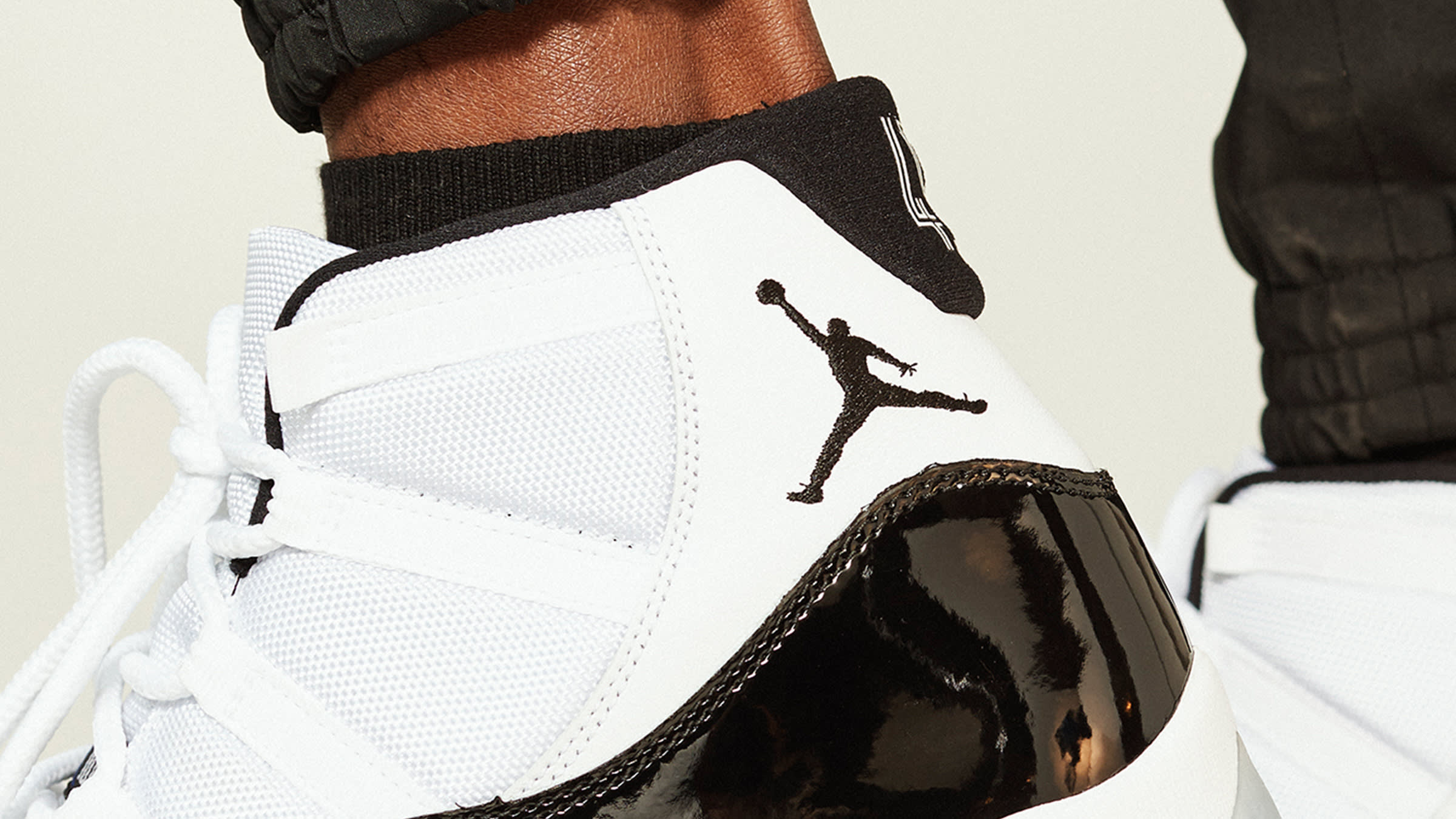 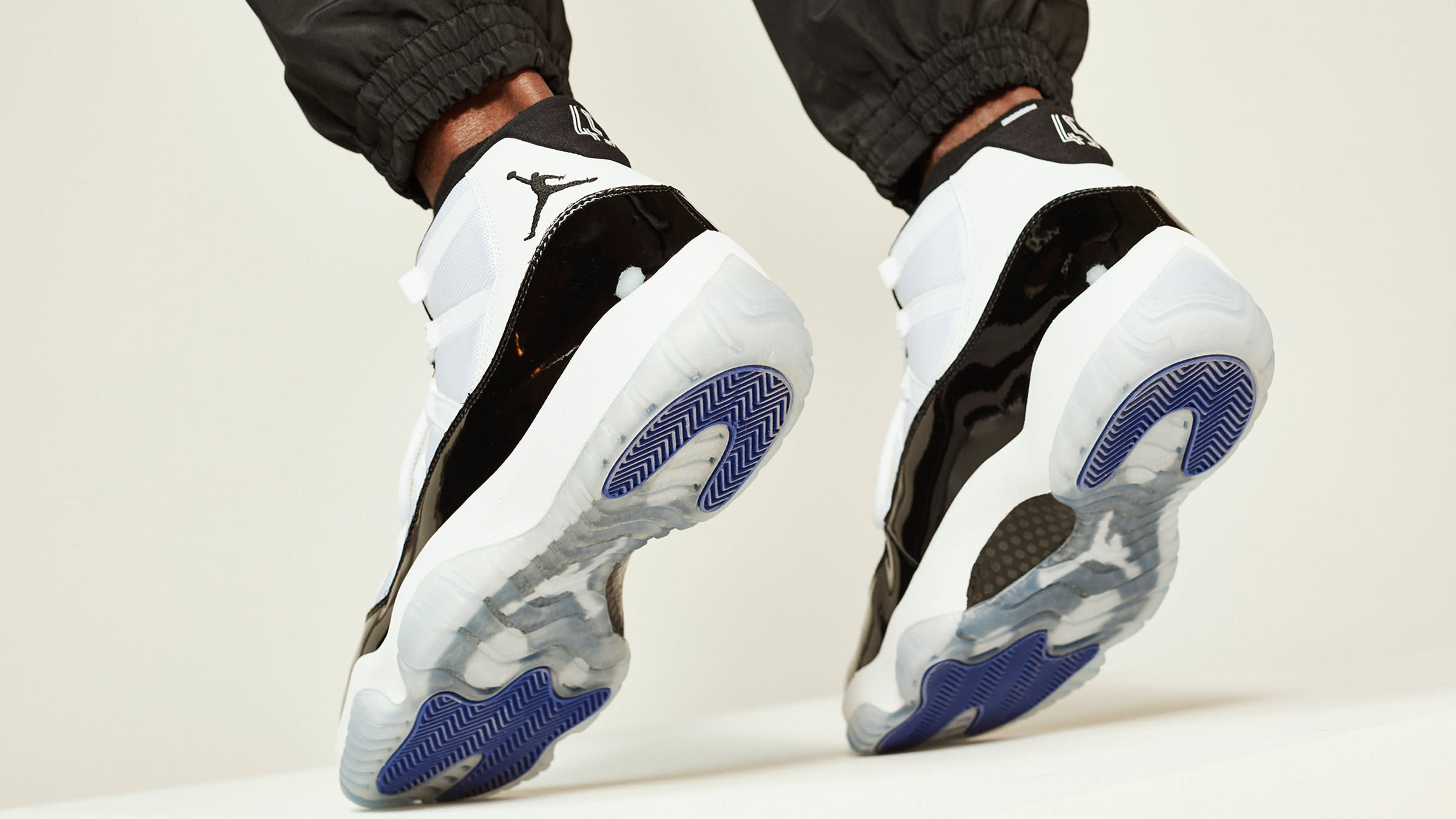 Dubbed Tinker Hatfield’s favourite sneaker of all-time, “the greatest shoe ever made” makes a welcome return off the hardwood - 23 years after its original release. Storied both on and off the court, the Air Jordan 11 ‘Concord’ will forever be tied with Michael Jordan coming out of retirement and wearing the number “45”, a ban for not abiding by the NBA’s dress code and a 72-10 season for the Chicago Bulls.

An exact recreation of the first pair worn by the Jumpman himself, black patent leather and white mesh give the uppers its distinctive look, while an icy clear and carbon fibre outsole round off the underfoot. Firmly cemented in sneaker culture, this re-release sees the heel sport the number 45 instead of the legendary 23; a nod to the number he wore as a kid, and the number of choice for his “new beginning” out of retirement. More than two decades after its unexpected debut, remember his love of the game with this Air Jordan 11 ‘Concord’. 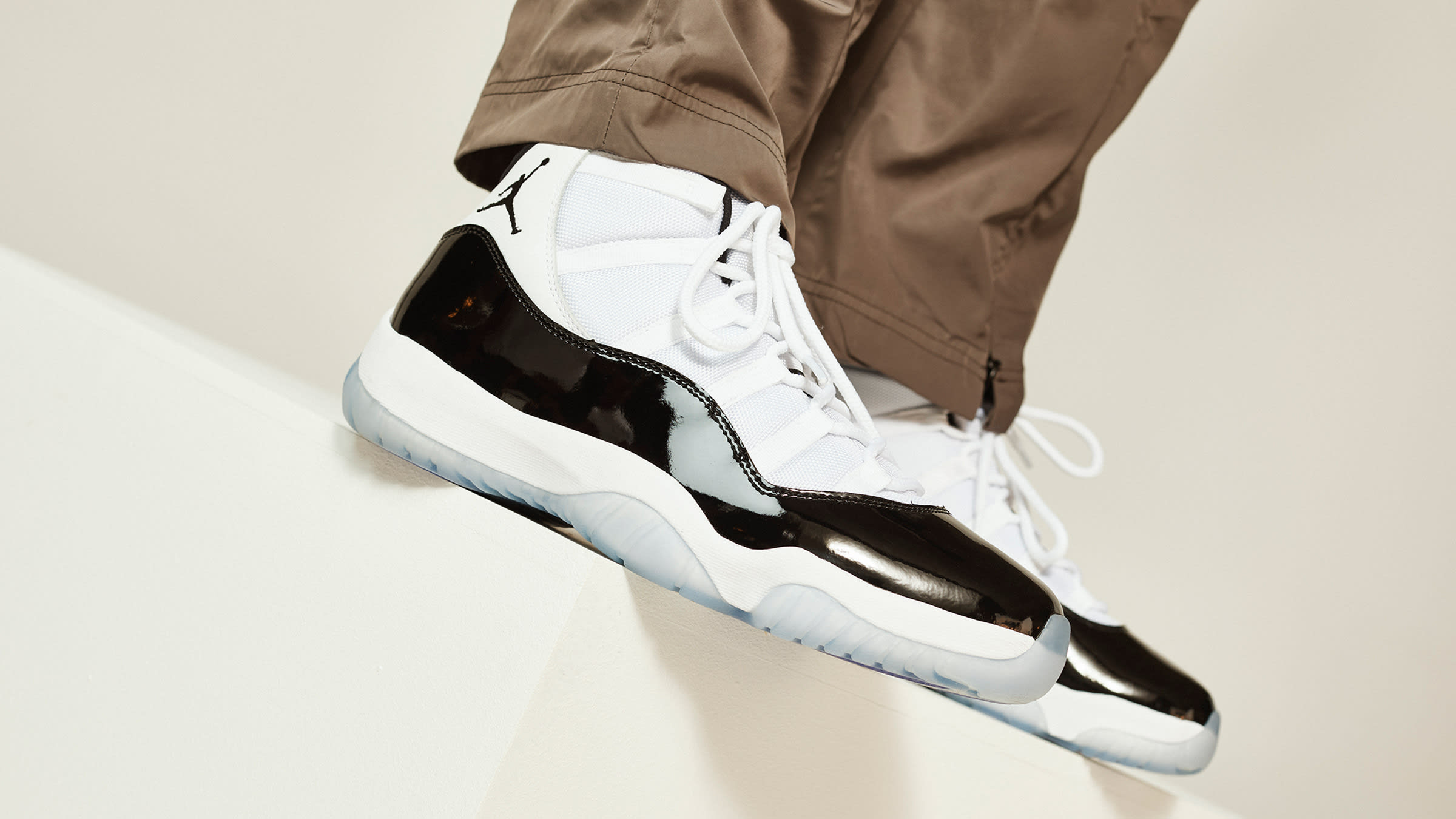 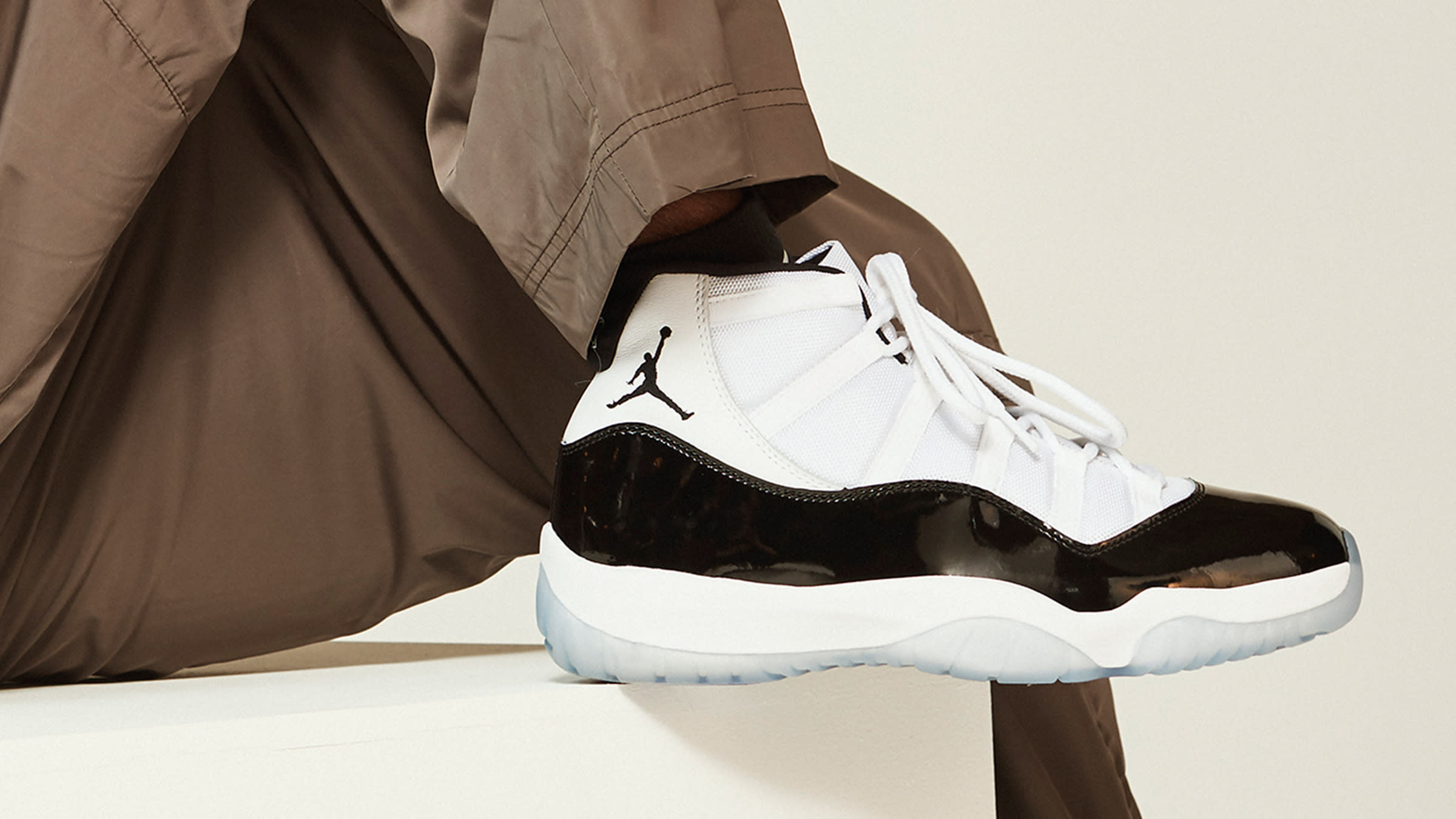