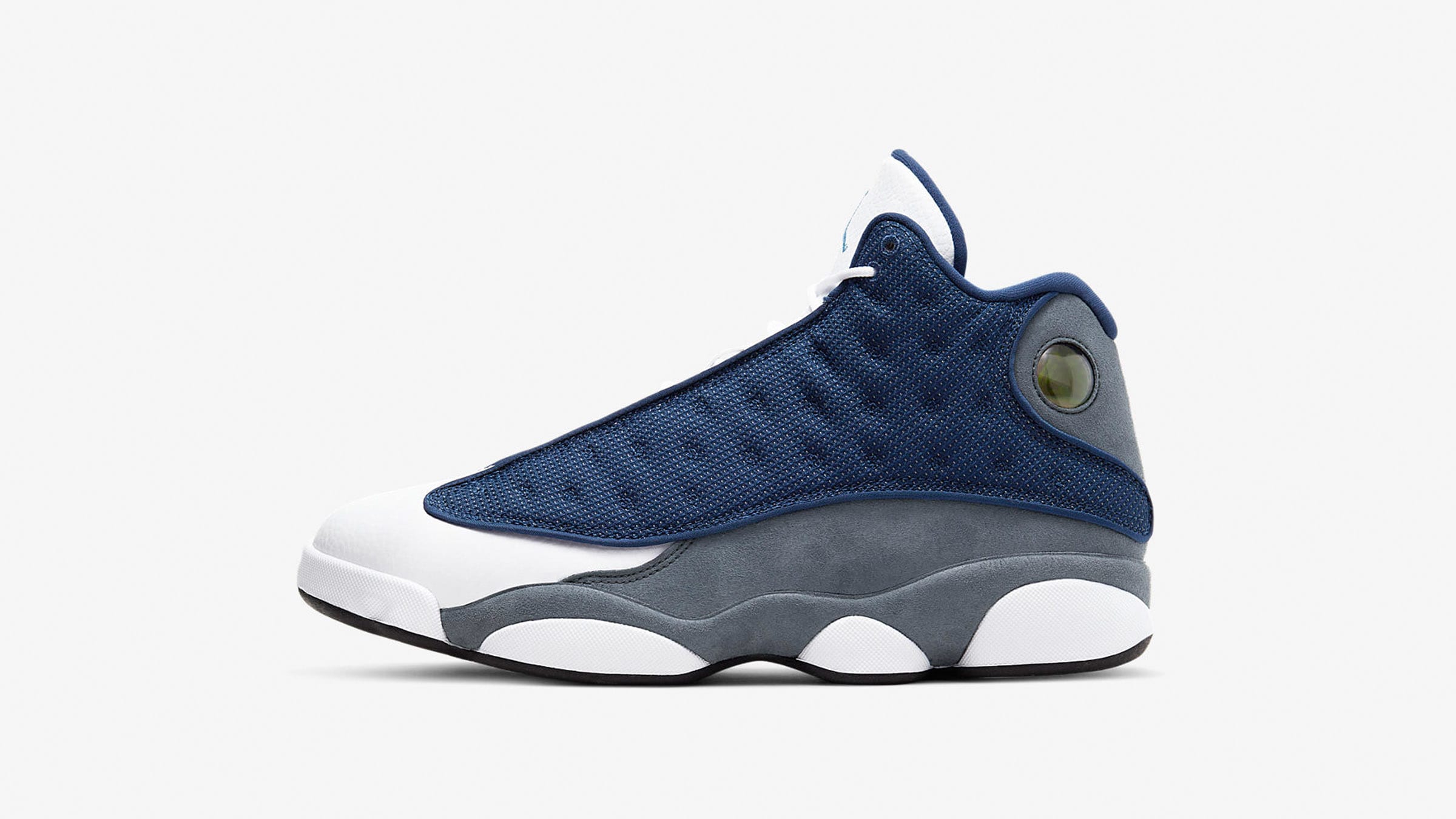 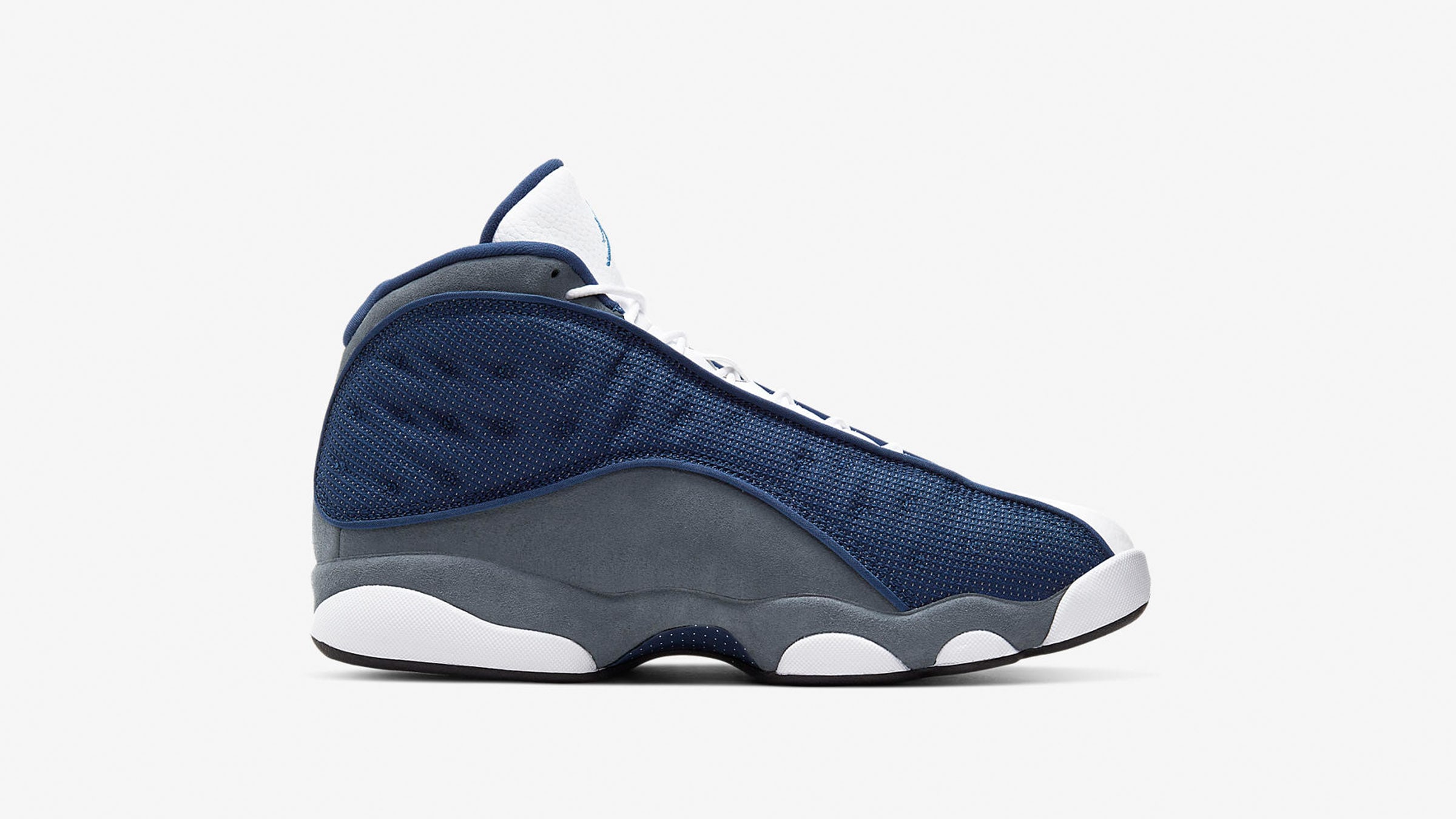 Famed for its on-court performance, this version is an accurate retro of the OG. 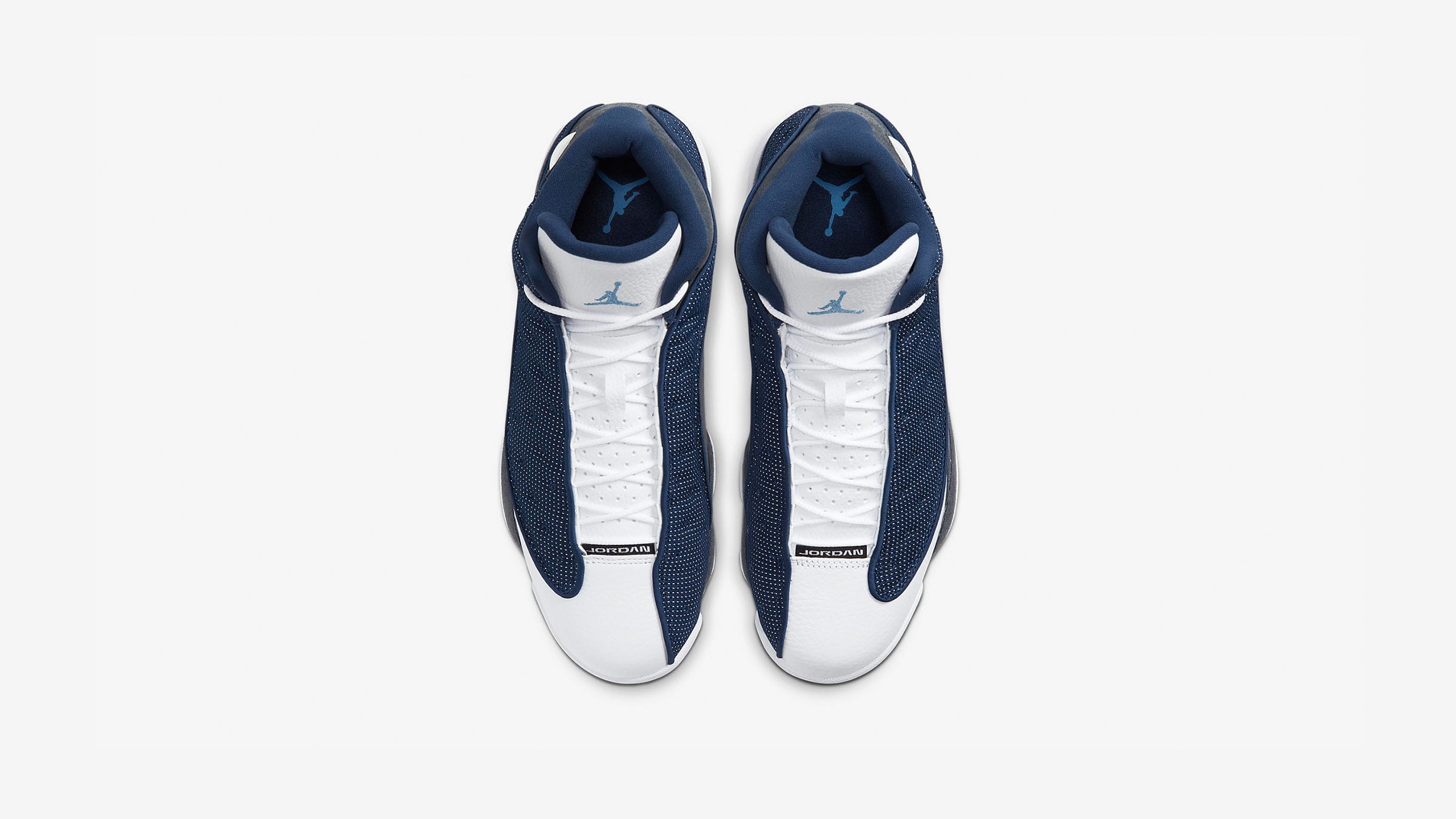 Launched in 1998 and re-released in 2005 and 2010, the Flint Air Jordan 13 is back and it’s better than ever. Famed for its on-court performance, this version is an accurate retro of the OG; leather, suede and textile uppers are teamed with an Air cushioned sole for all your slam dunking and Euro stepping needs, whether you’re gracing the hardwood or the blacktop. The most important inclusion – and one that was missing in 2010 – is the return of the reflective hits. They feature underneath the dark blue sidewalls and, when combined with the cat-eye like branding on the rear quarter, take you straight back to MJ’s ‘90s heyday. 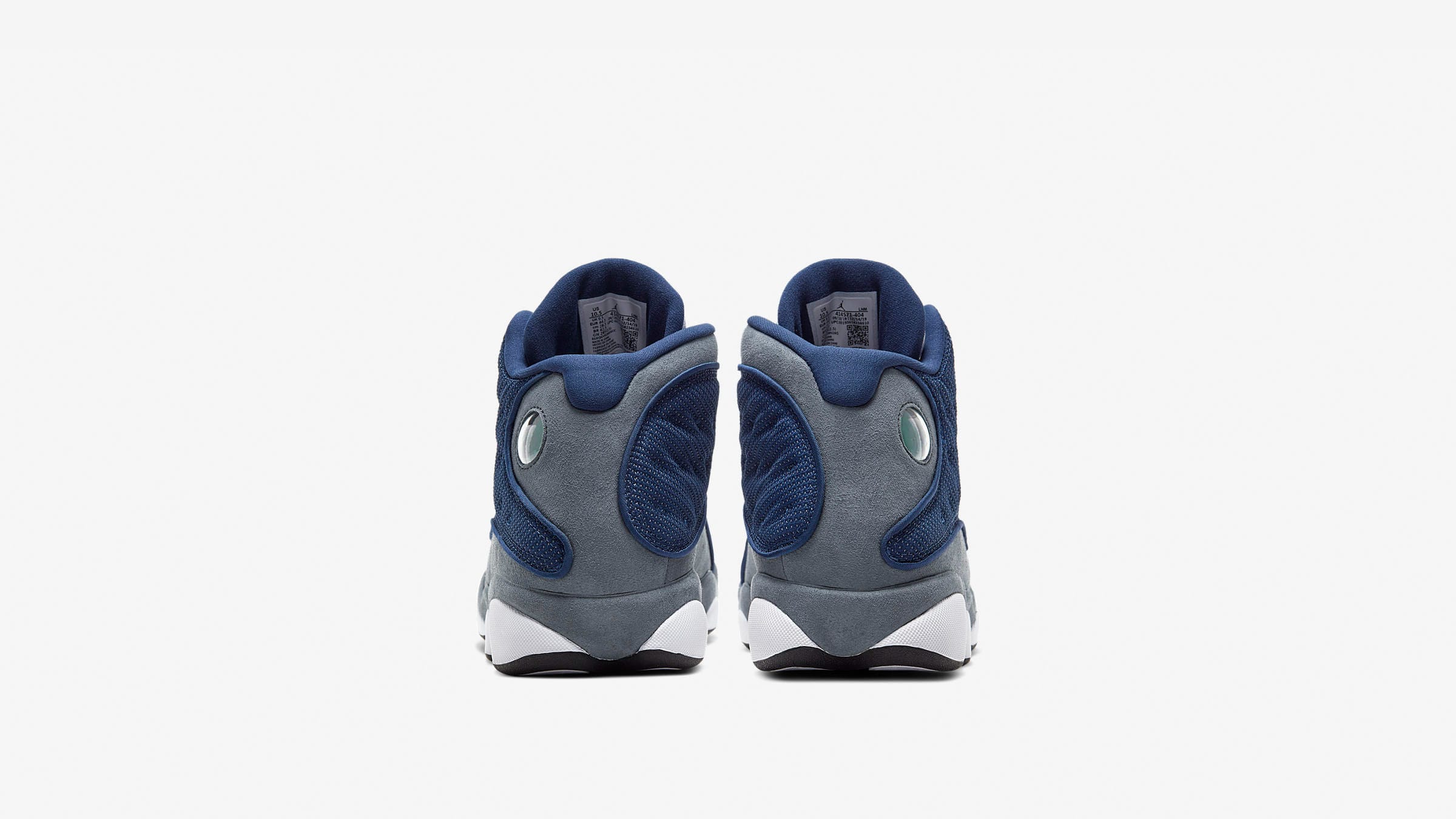 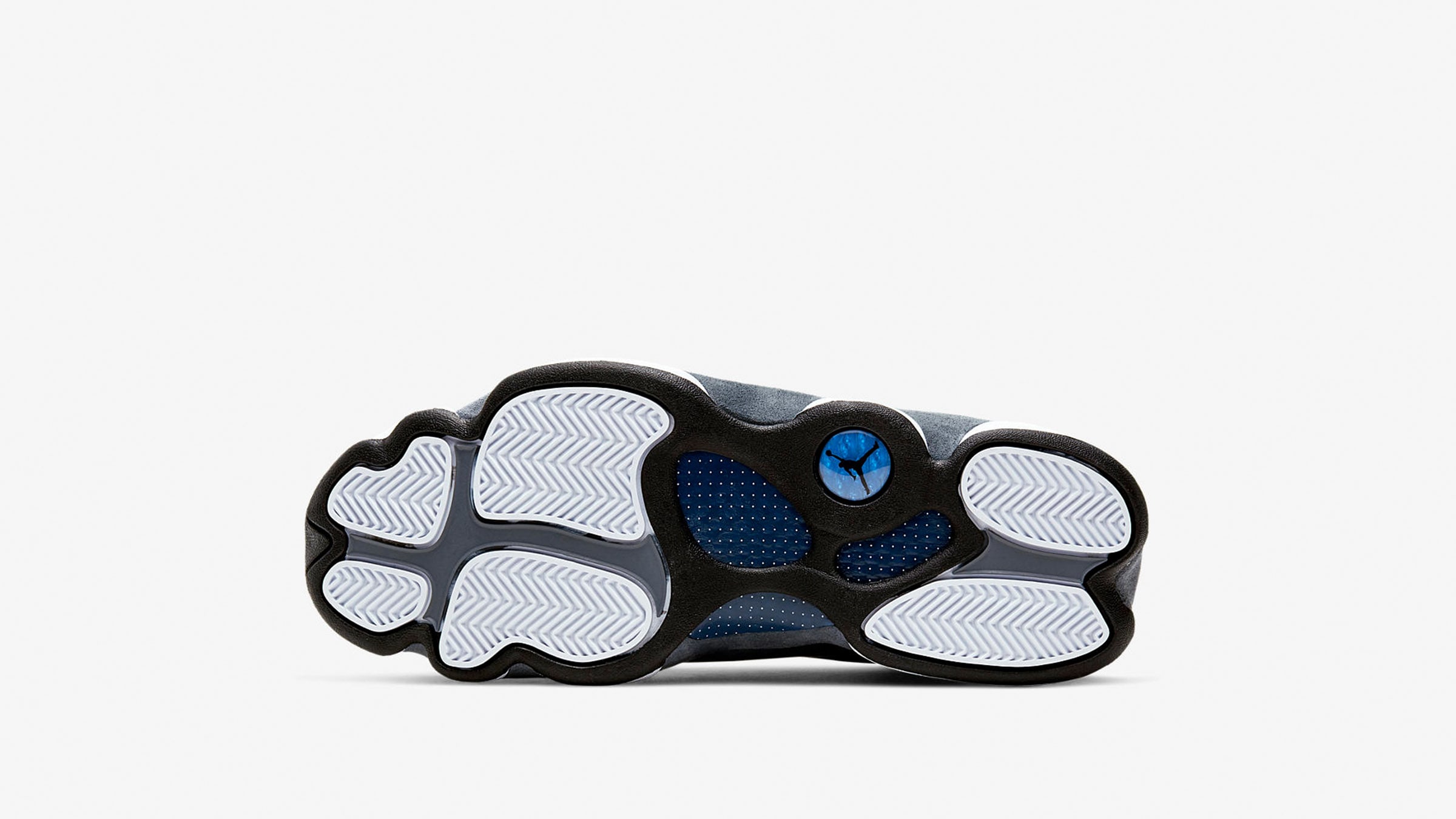