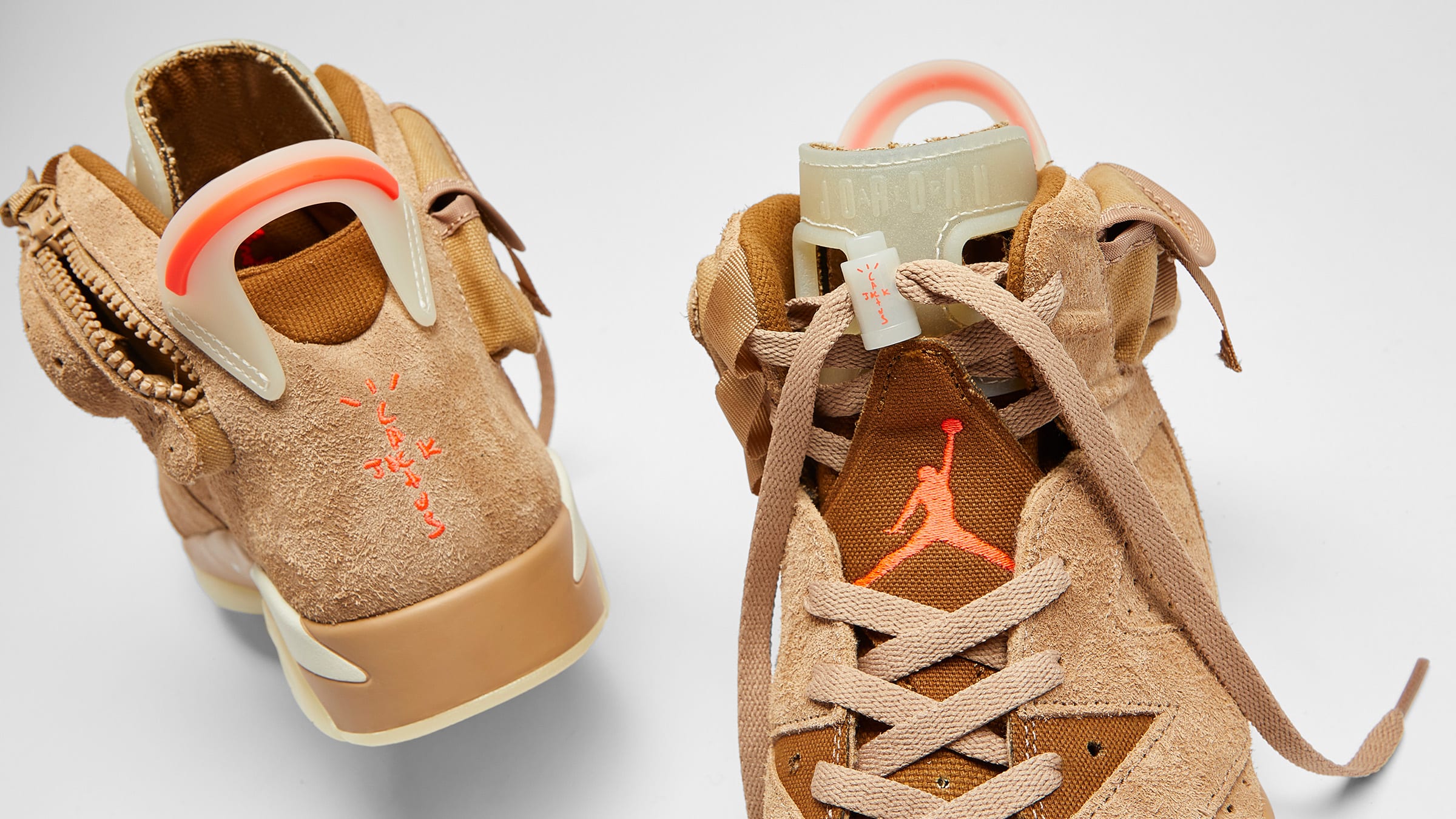 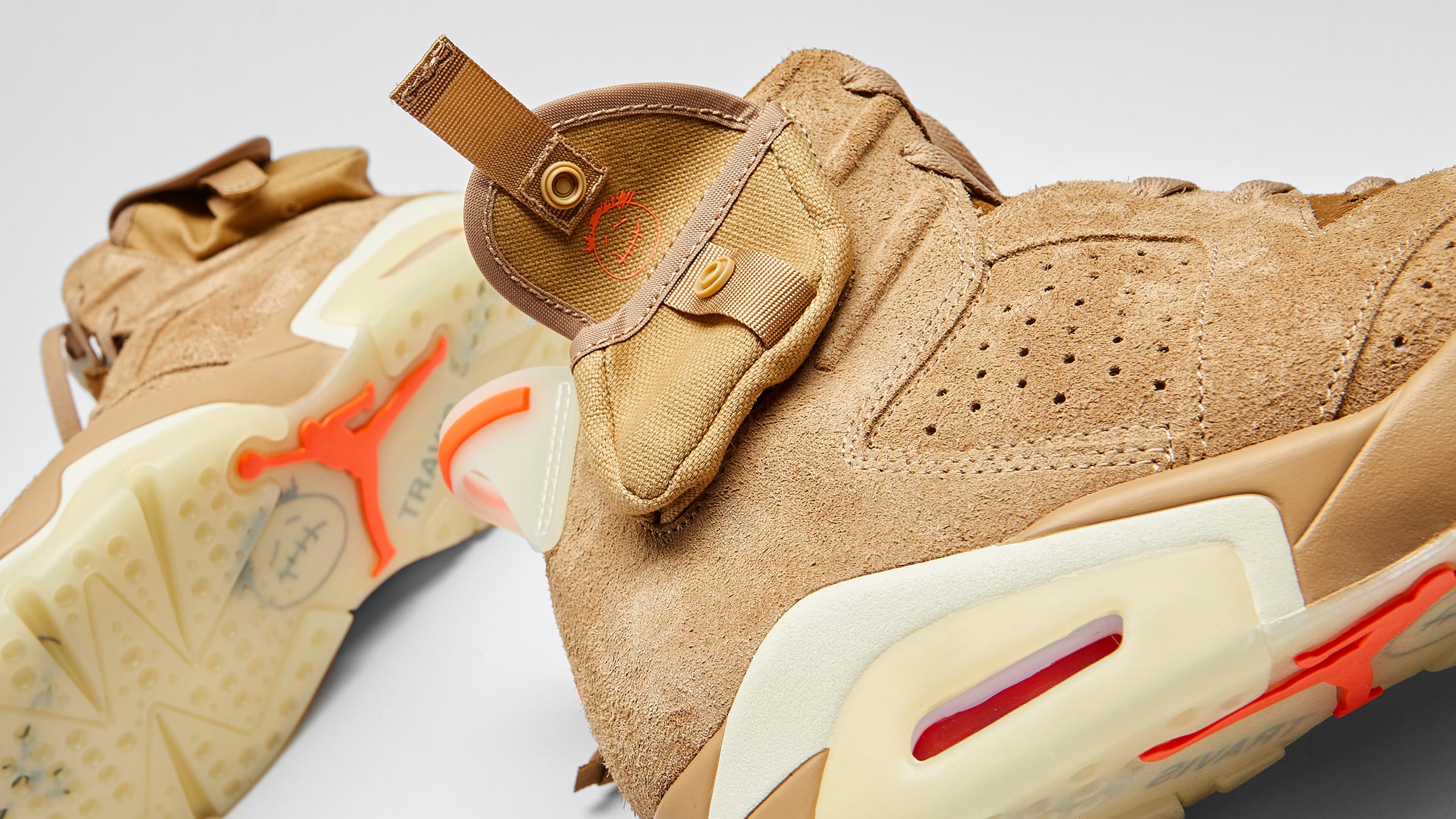 At its core, it’s a fully fledged basketball sneaker, but the rapper prepares it for the street. 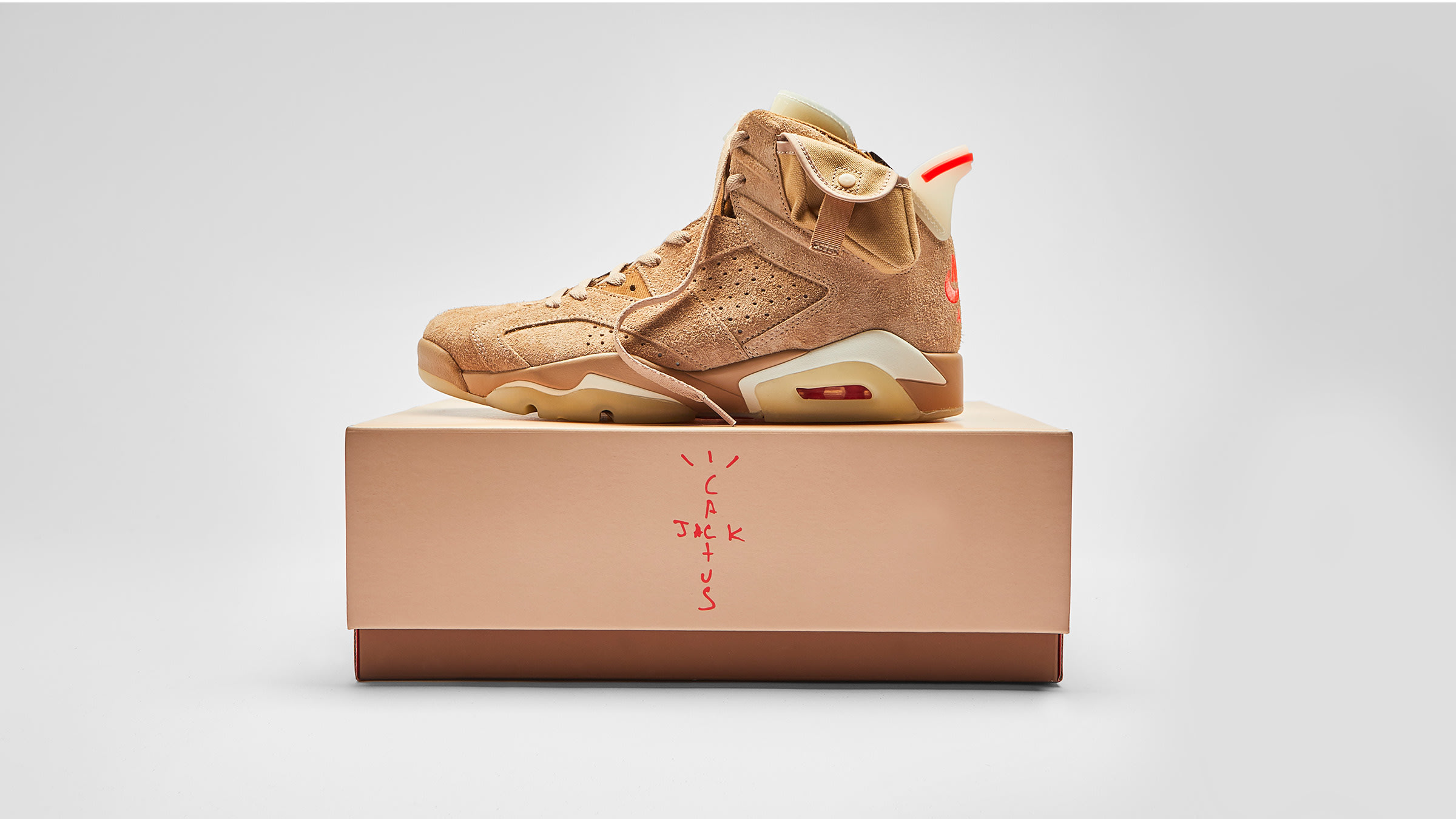 If past releases are anything to go by, whatever sneaker Travis Scott touches turns into an instant grail. It was the case with his last Air Jordan 6, and it’s going to be the case with this pair, too.

At its core, it’s a fully fledged basketball sneaker, but the rapper prepares it for the street with neutral British khaki suede uppers, a stash pocket on each collar and glow in the dark accents on both the tongue and outsole. The model’s roots are still present, though, with infrared-like accents — inspired by the OG colourway of the AJ6 — on the heel pull, Air unit and branding scattered throughout. The branding’s changed for the occasion, too — the iconic Swoosh remains on the left heel and is joined by Scott’s Cactus Jack nickname on the right. 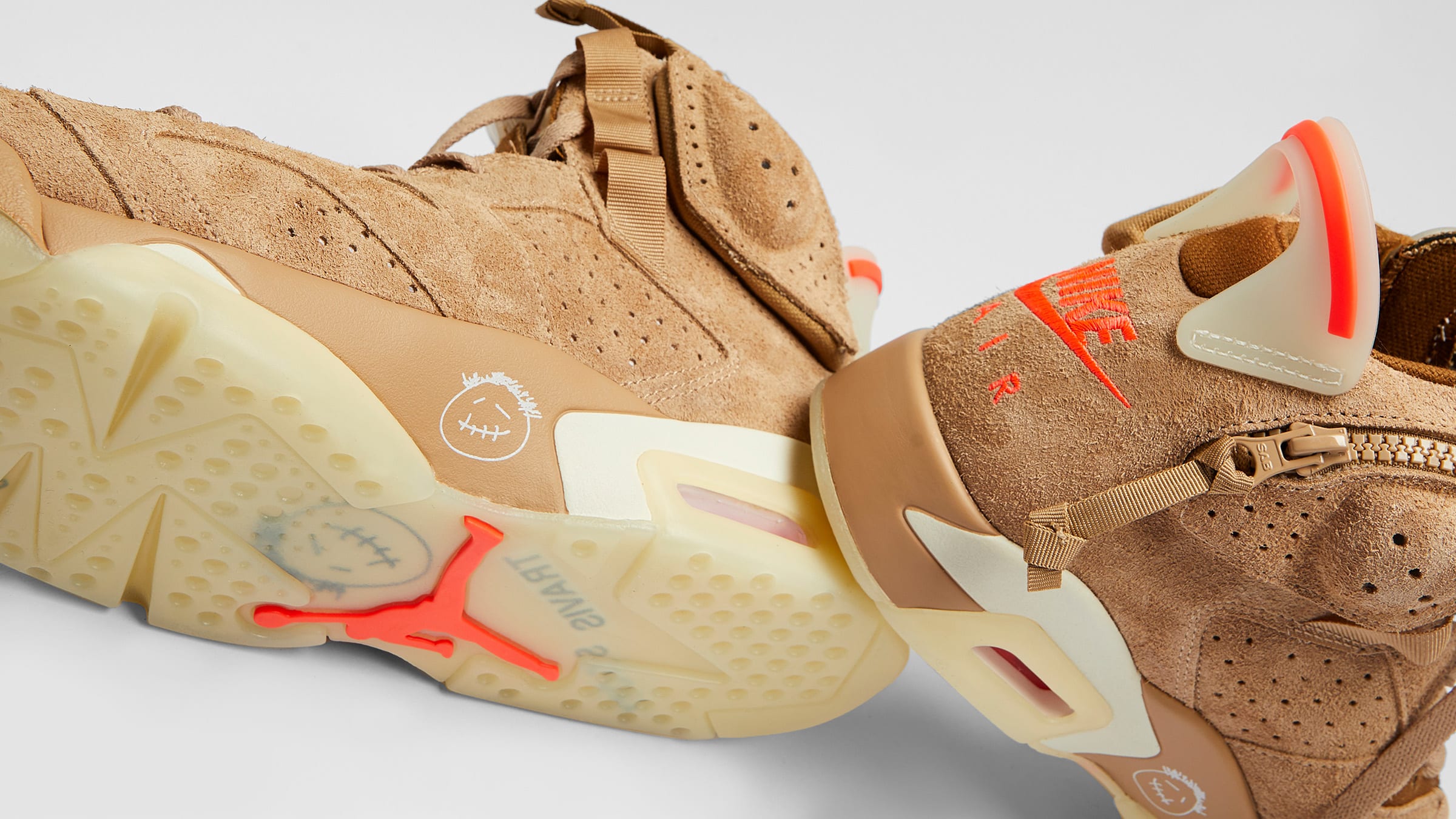 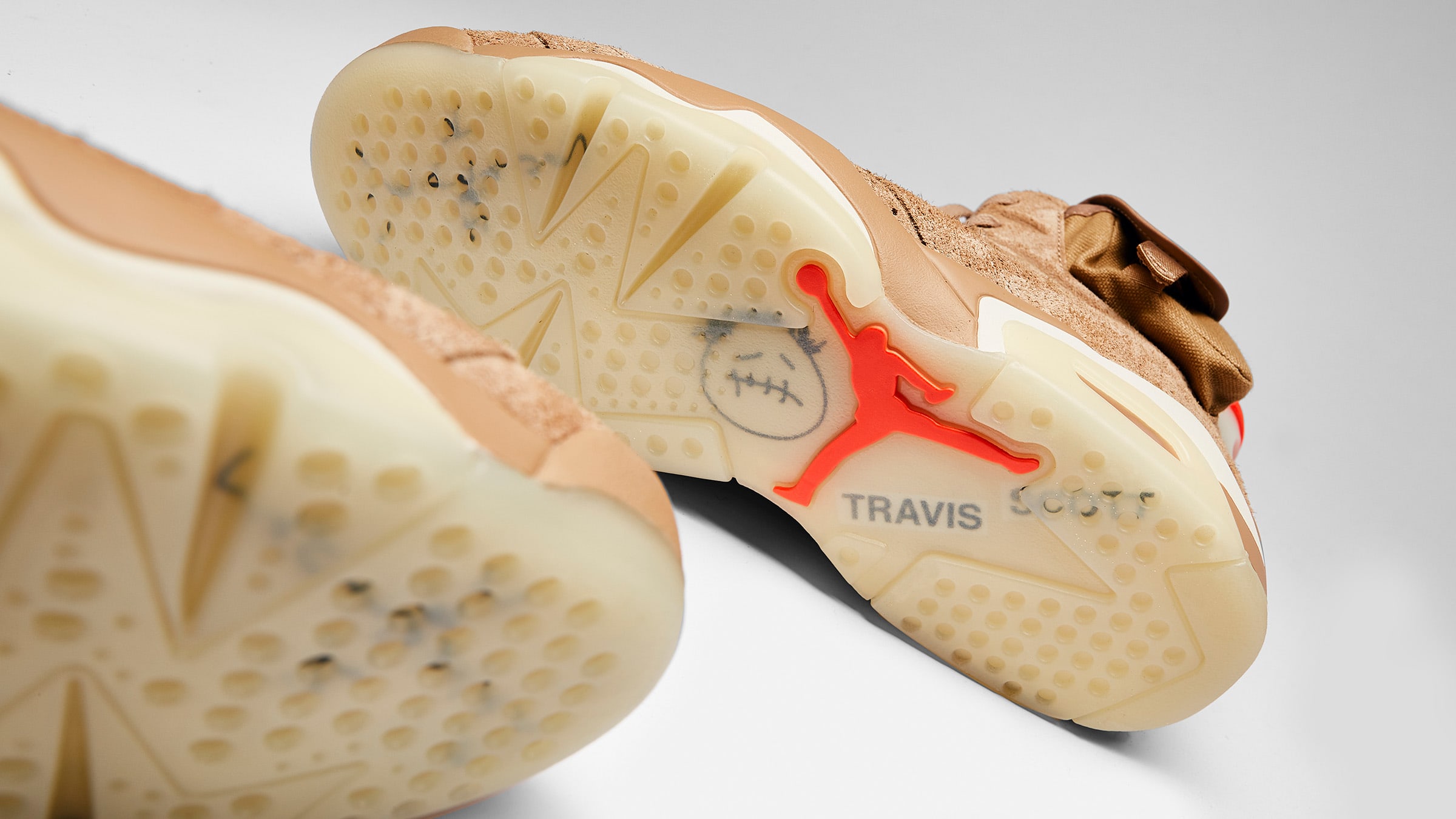