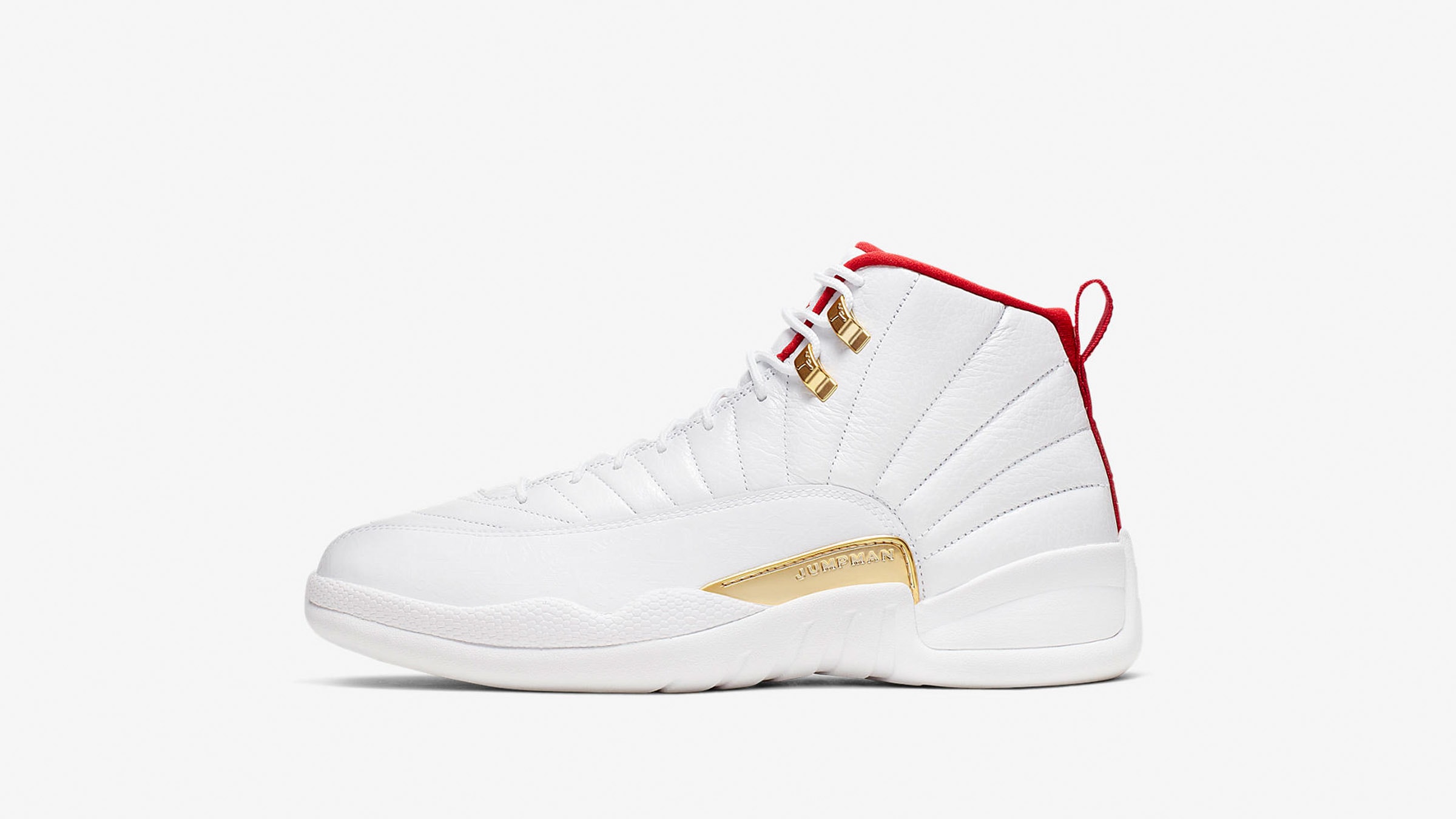 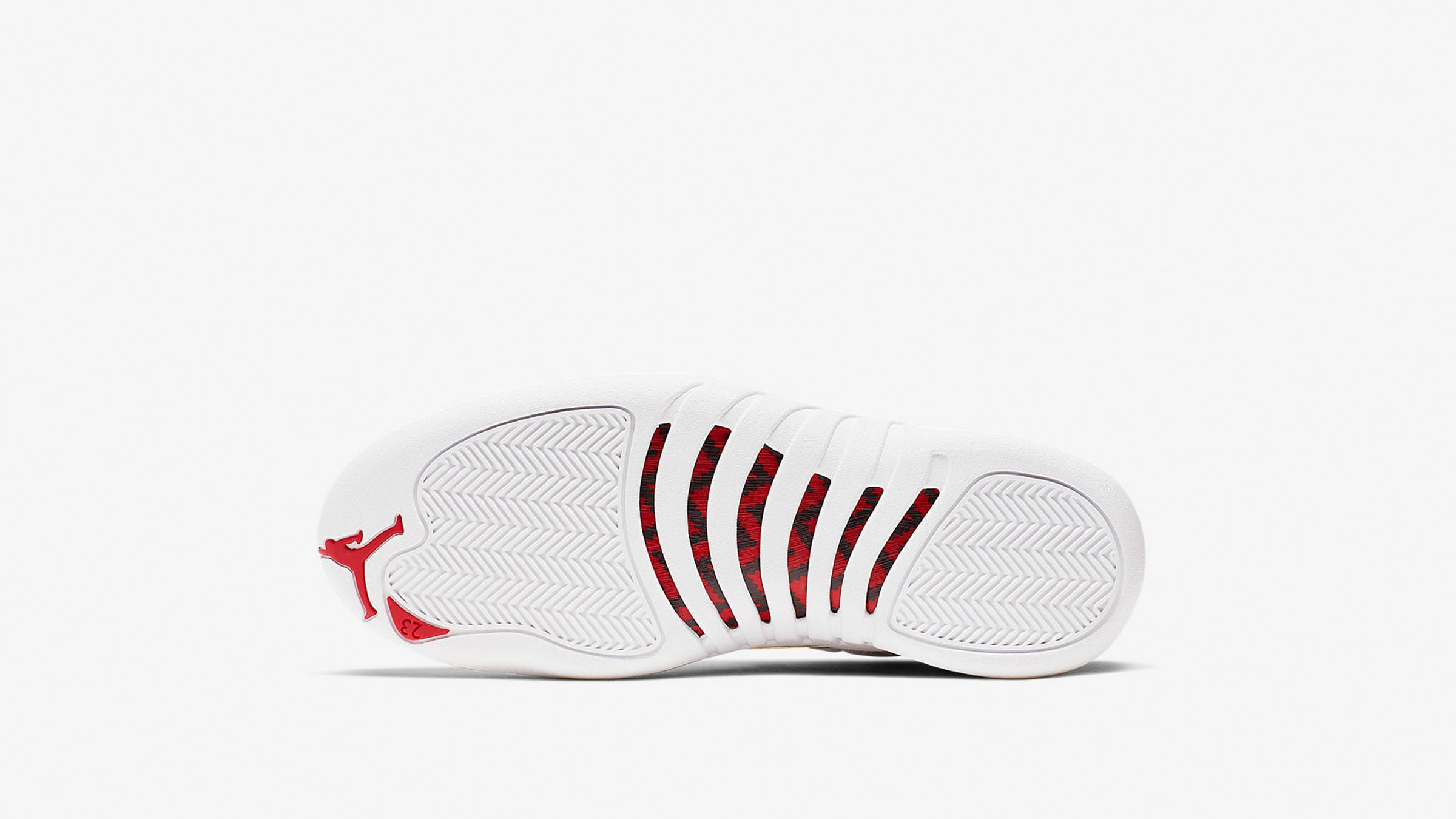 The gold also adorns the traditional Chinese characters, translating to ‘Love The Game’ 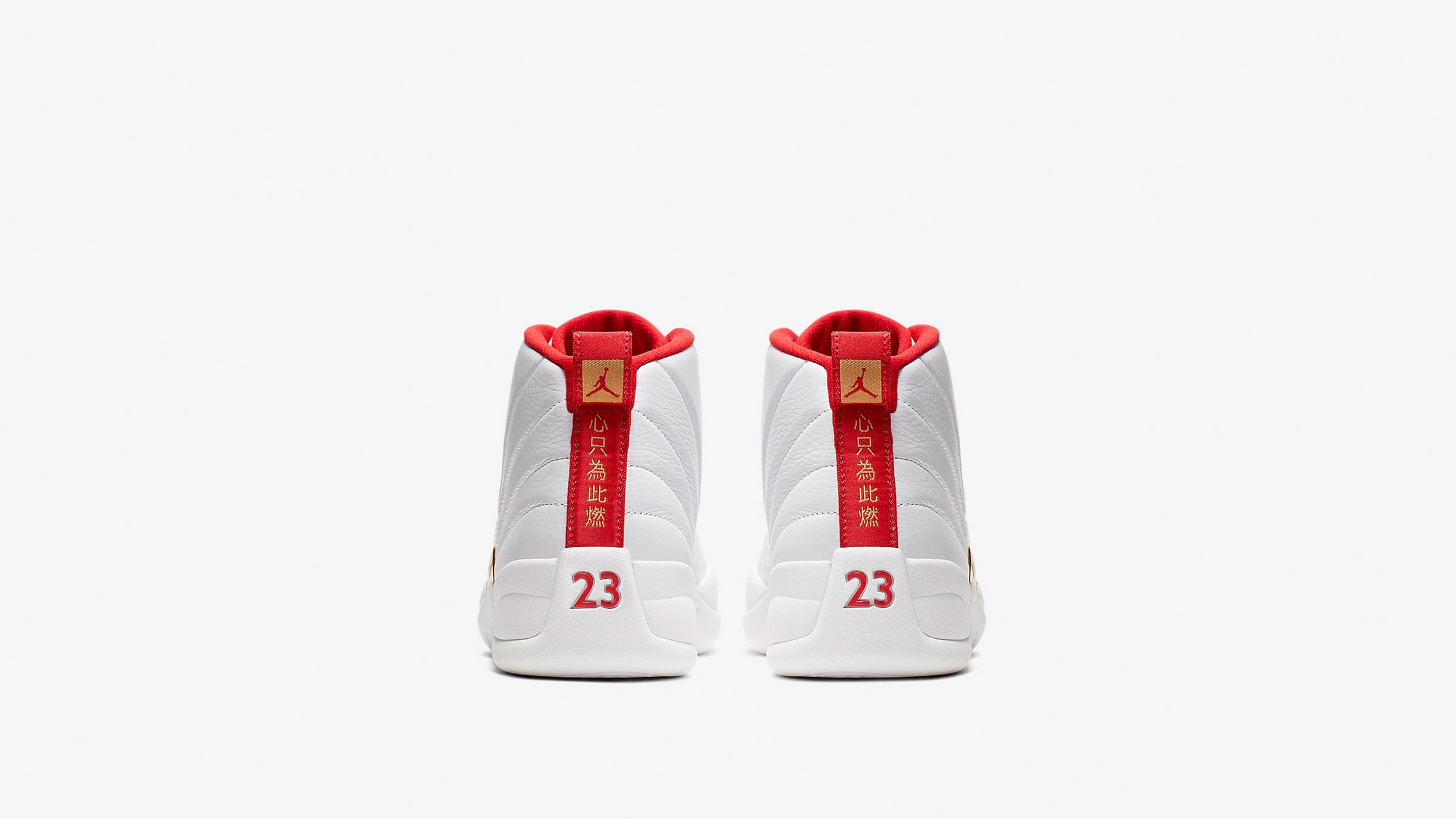 With the FIBA Basketball World Cup kicking off in China later this month, Jordan offers this XII to commemorate the occasion. The first of Mike’s signature models to release in China and released for the 1996/97 season, the sneaker retained the XI's carbon footplate and was the first Jordan to feature enclosed Zoom Air – credentials that continue to have it touted as a great on-court sneaker to this day.
This iteration, wearing an all-white base, teams tumbled leather to a printed mudguard – made up of elements of the competing teams’ flags – and is accented with hits of red and gold. Borrowed from the national flag of host nation, China, while also tying to the idea of playing to win medals, the gold also adorns the traditional Chinese characters, translating to ‘Love The Game’ at the heel alongside MJ’s iconic 23 to complete the look. 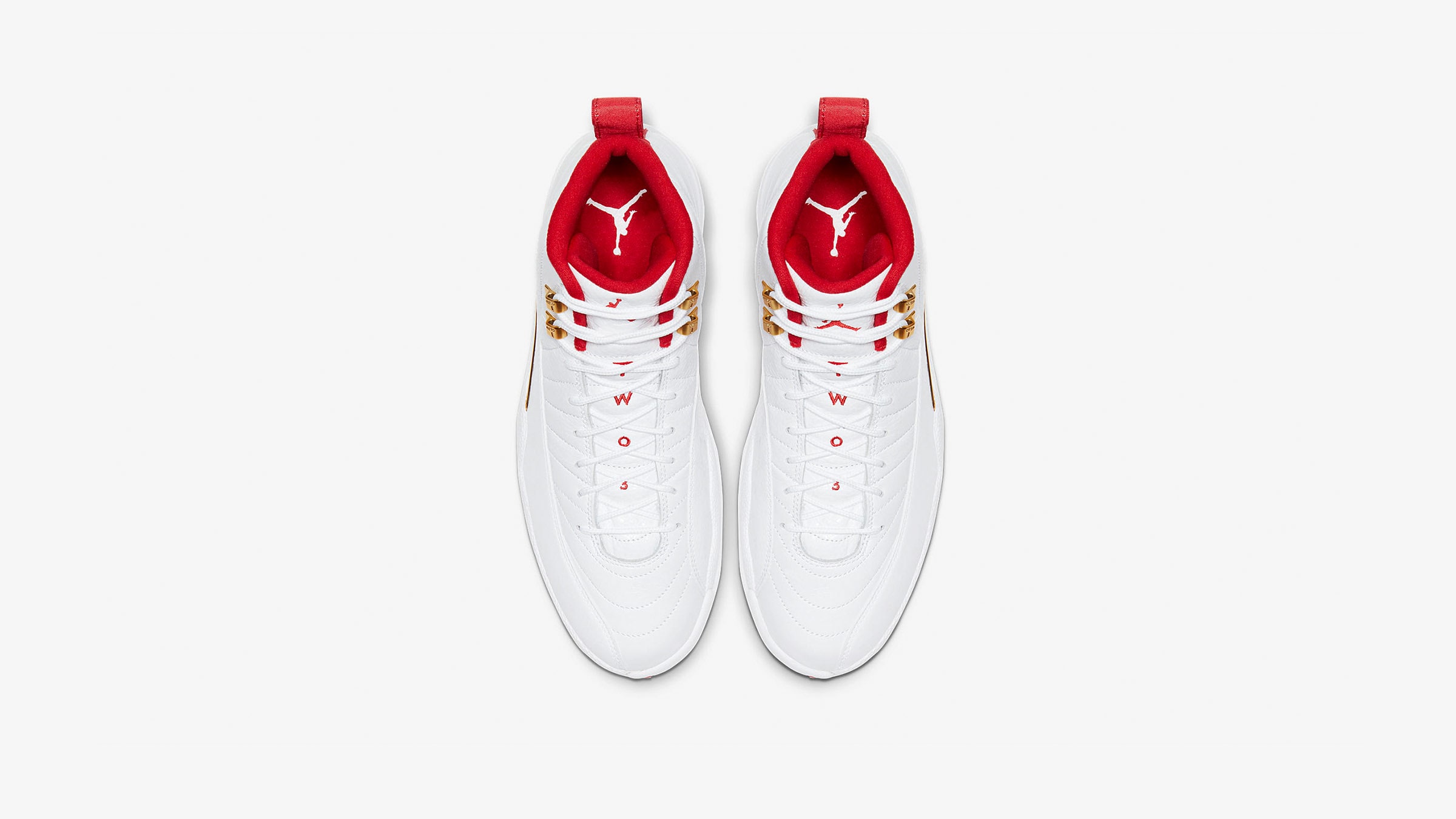 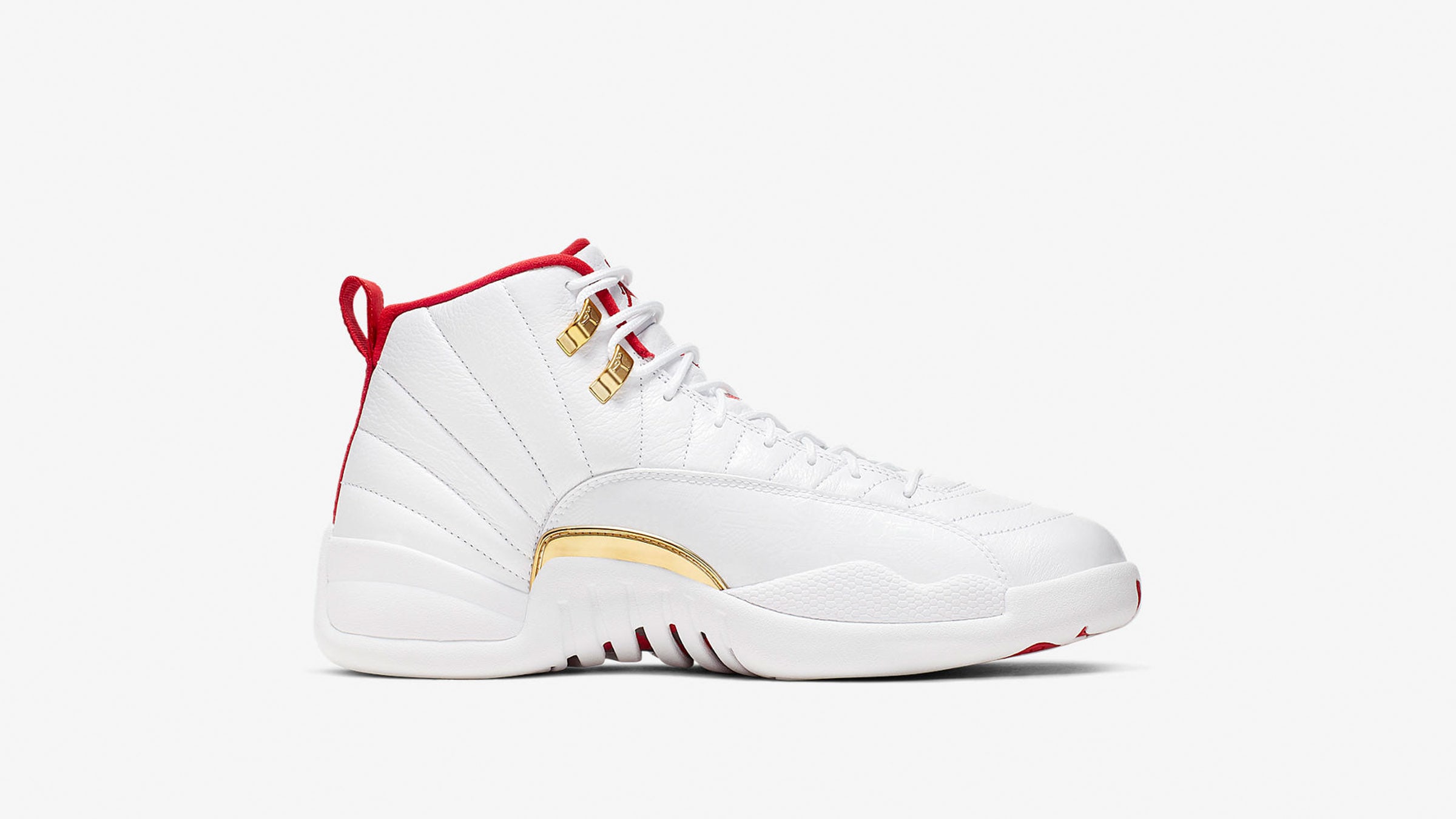