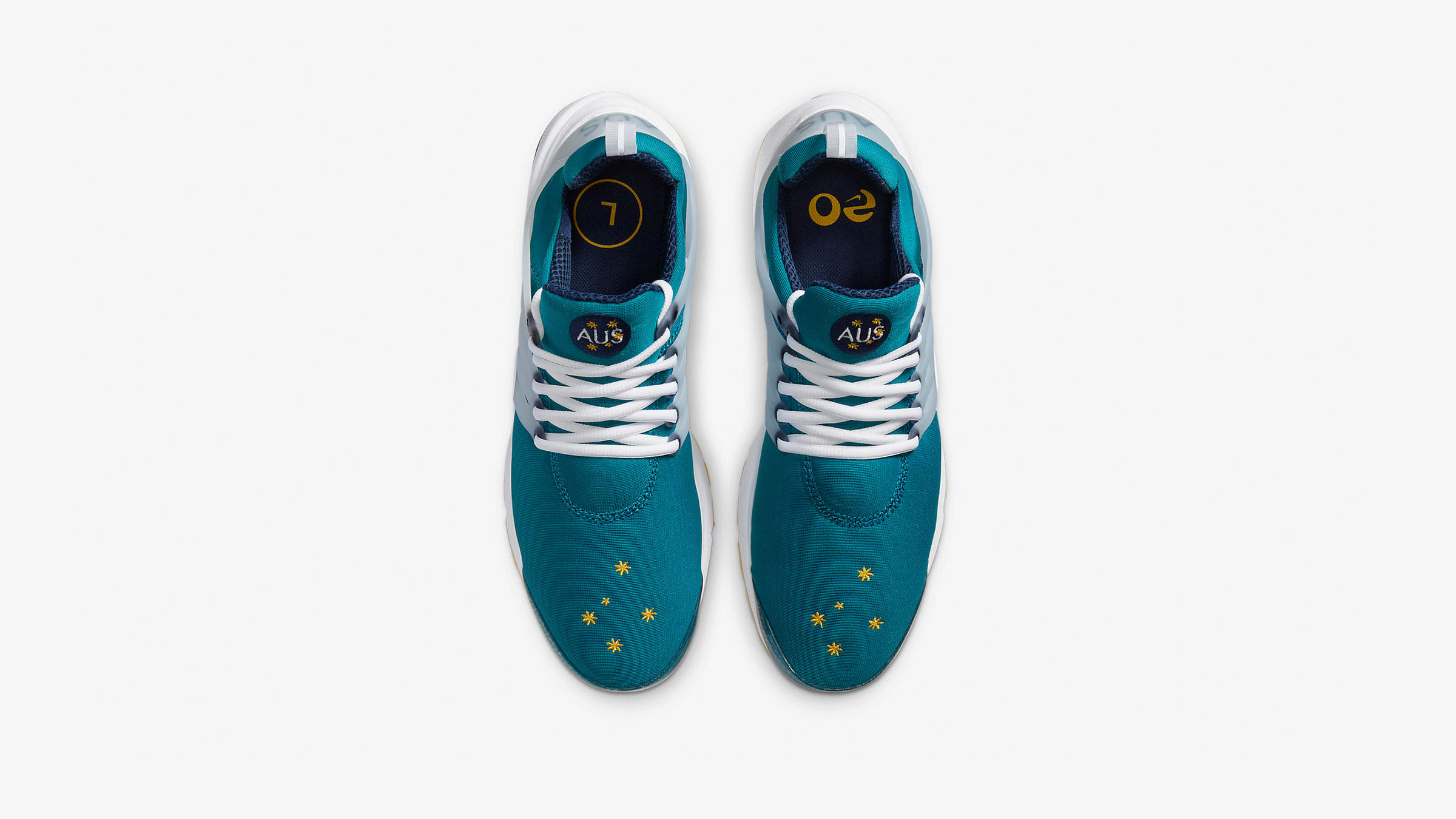 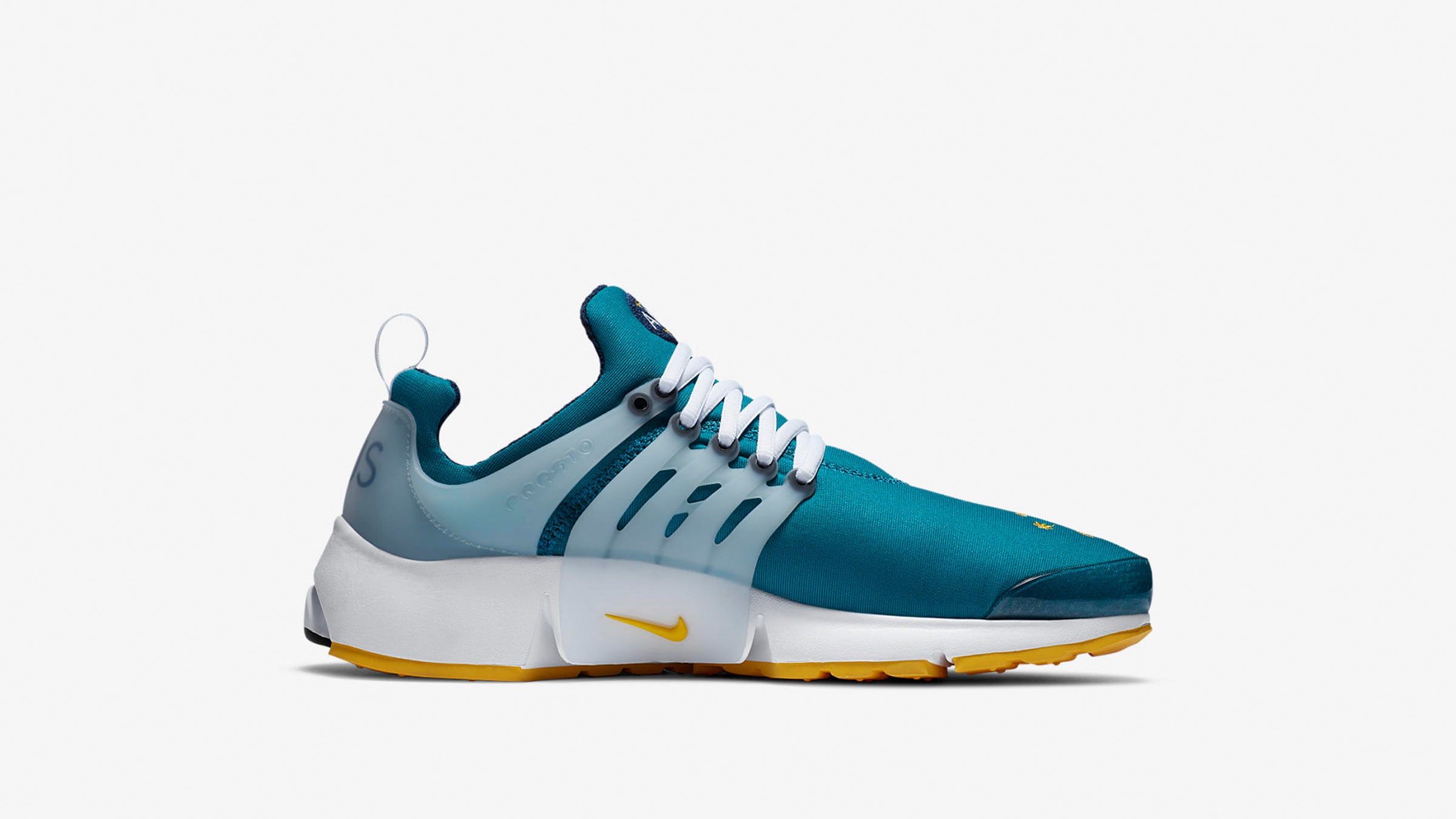 Presto AUS has been at the top of collectors’ lists. 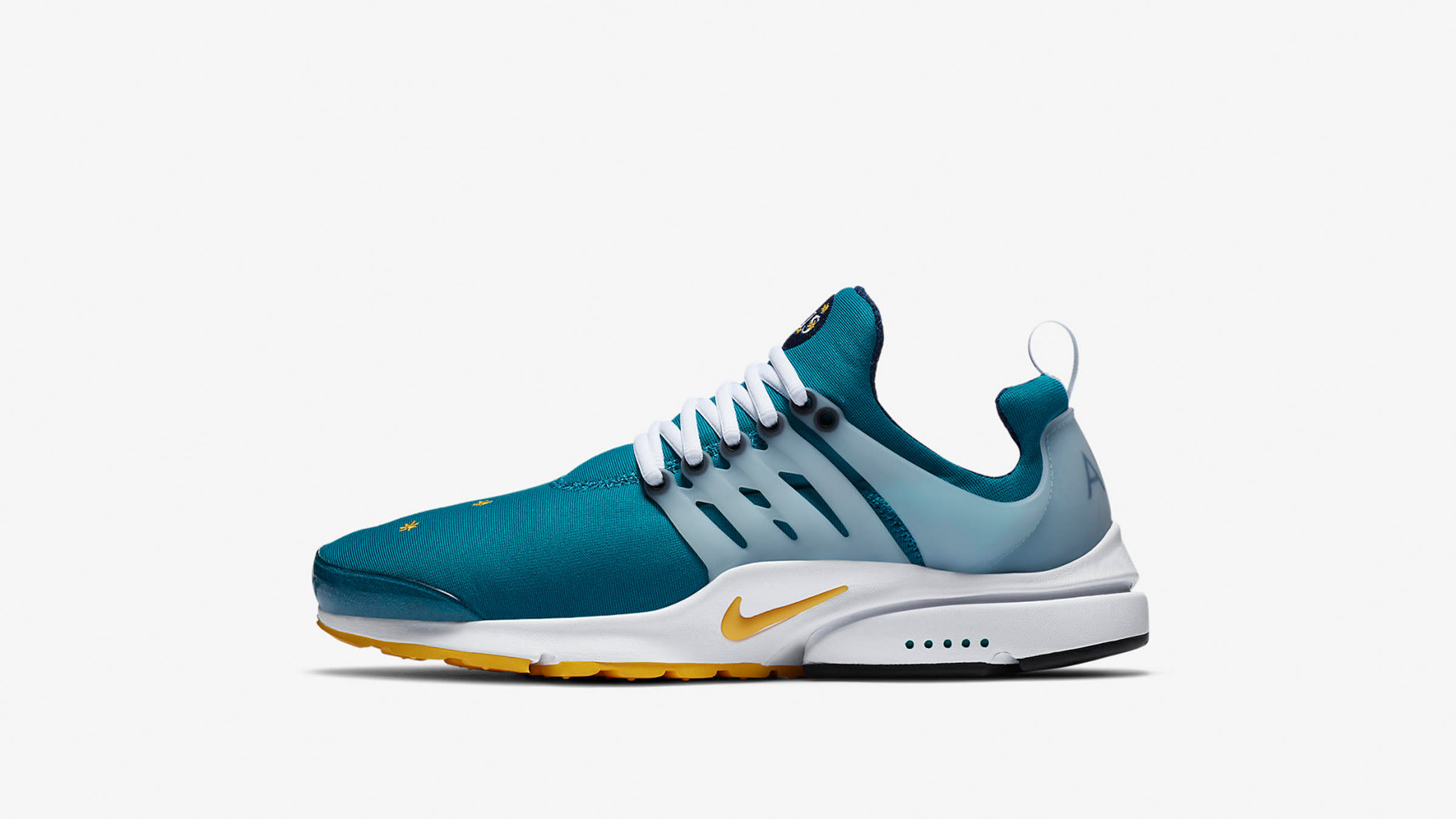 Since its debut back in 2000 – the same year the model itself first released – on the feet of Australian athletes at the Sydney Summer Games, Nike’s Presto AUS has been at the top of collectors’ lists. It never saw a retail release, so the lucky few that managed to get a pair have been the envy of many for two decades. This season, in celebration of the lightweight runner’s 20th anniversary, it’s finally here and it’s just as it was back in ’00.
Teal green sock-like uppers are supported by a milky white midfoot cage, accented with hits of maize yellow throughout – including four stars on each toe – and finished with ‘AUS’ embroidery on the tongues, just in case there was any doubting its roots. 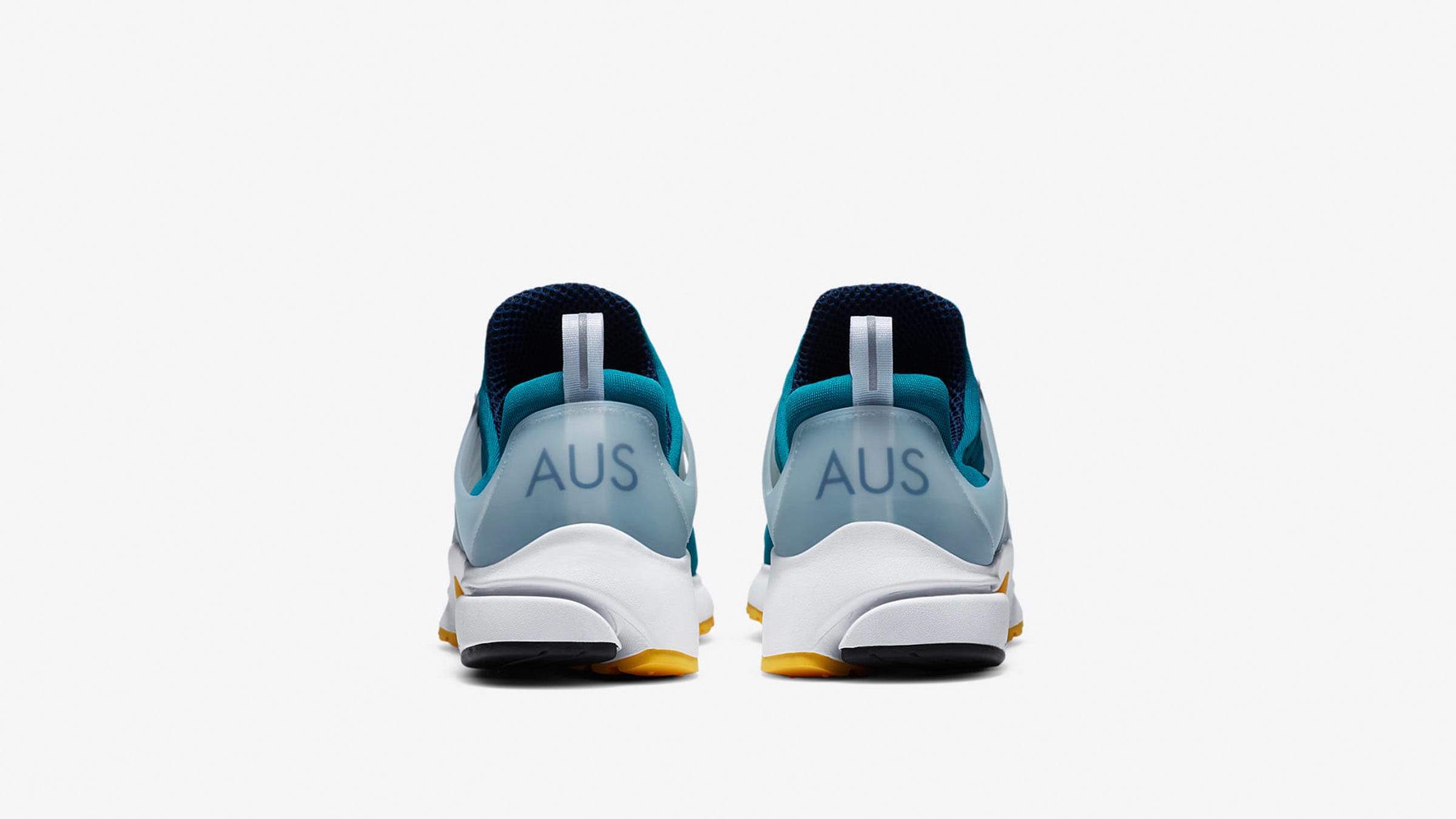 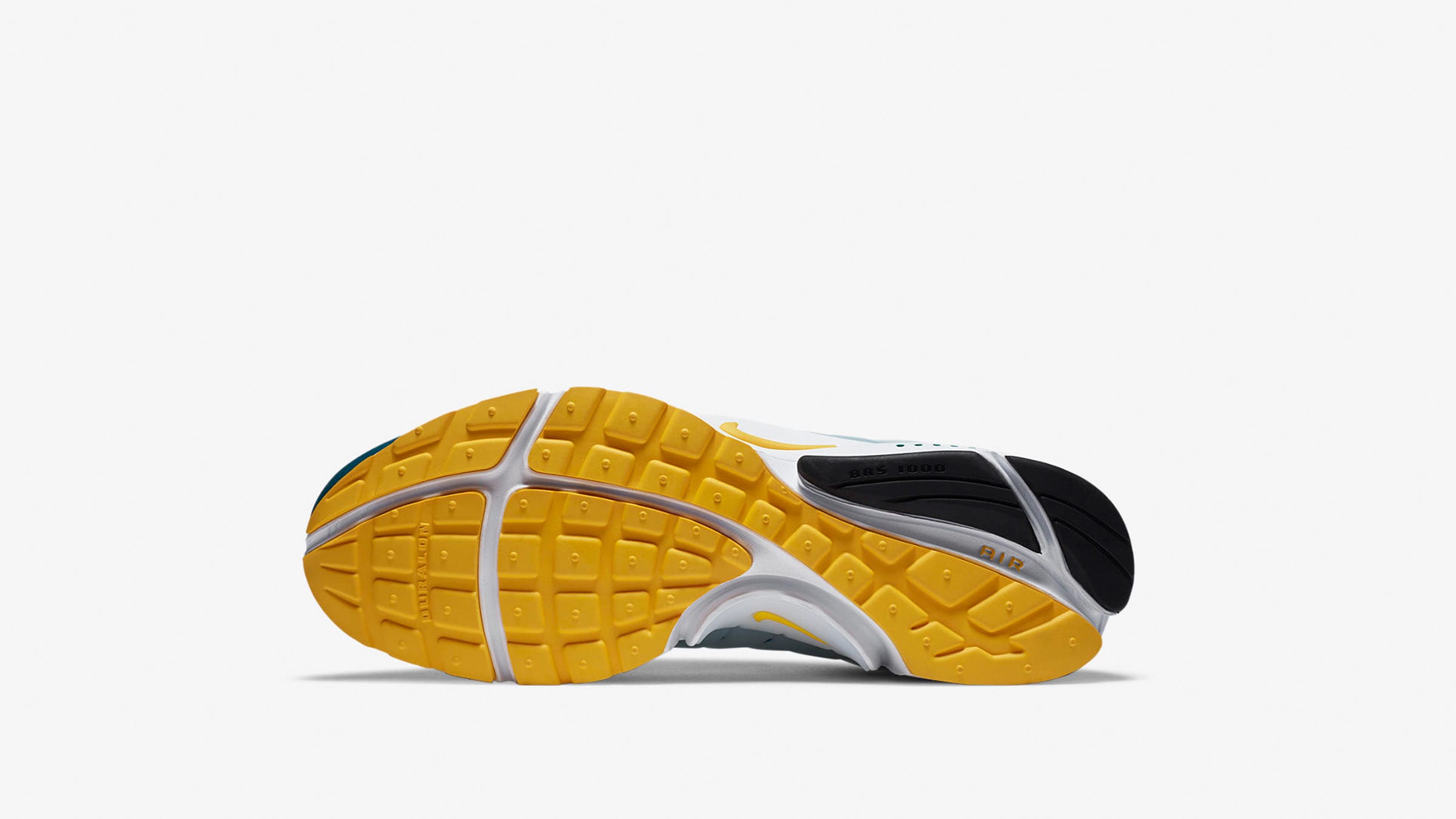