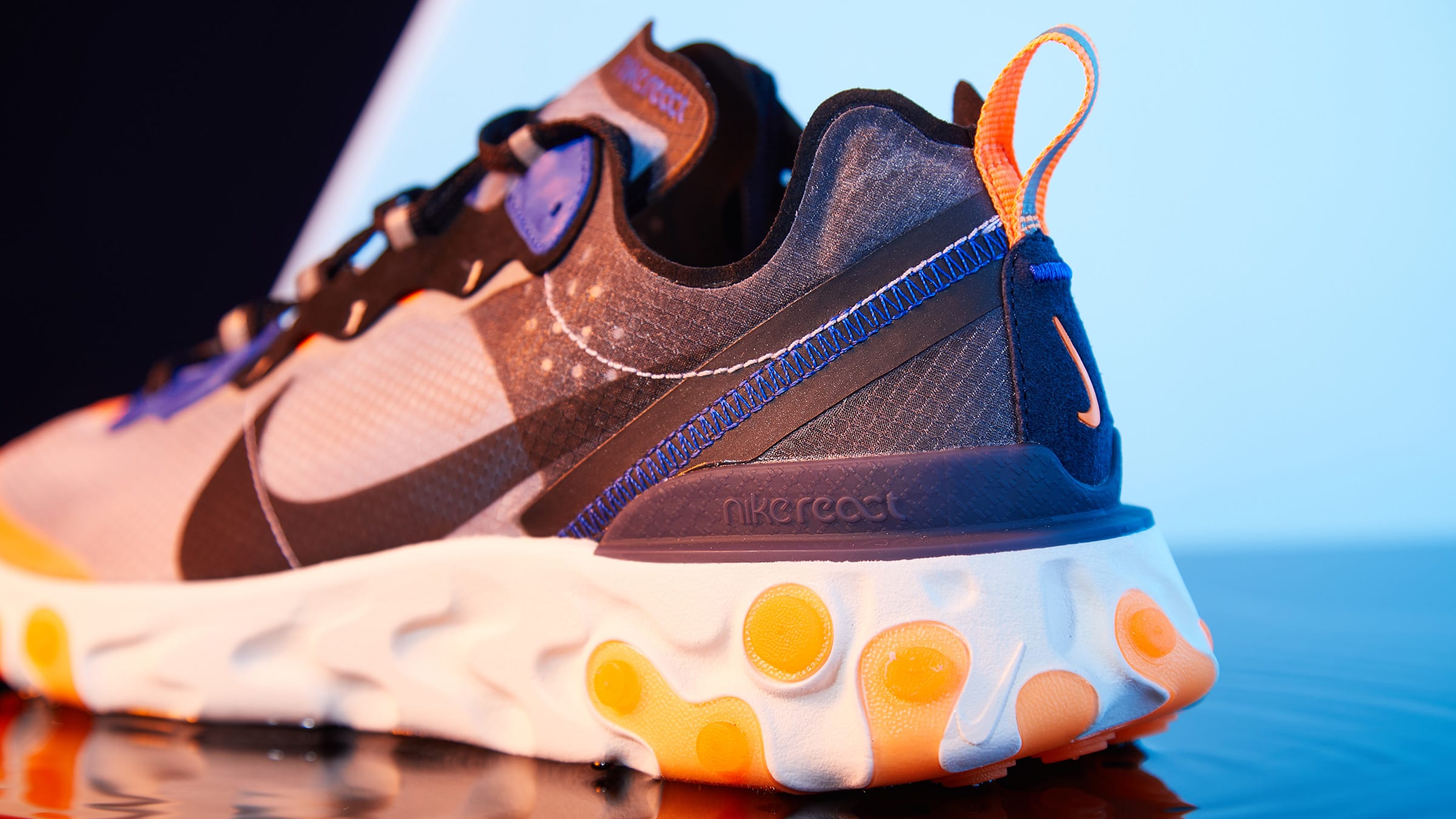 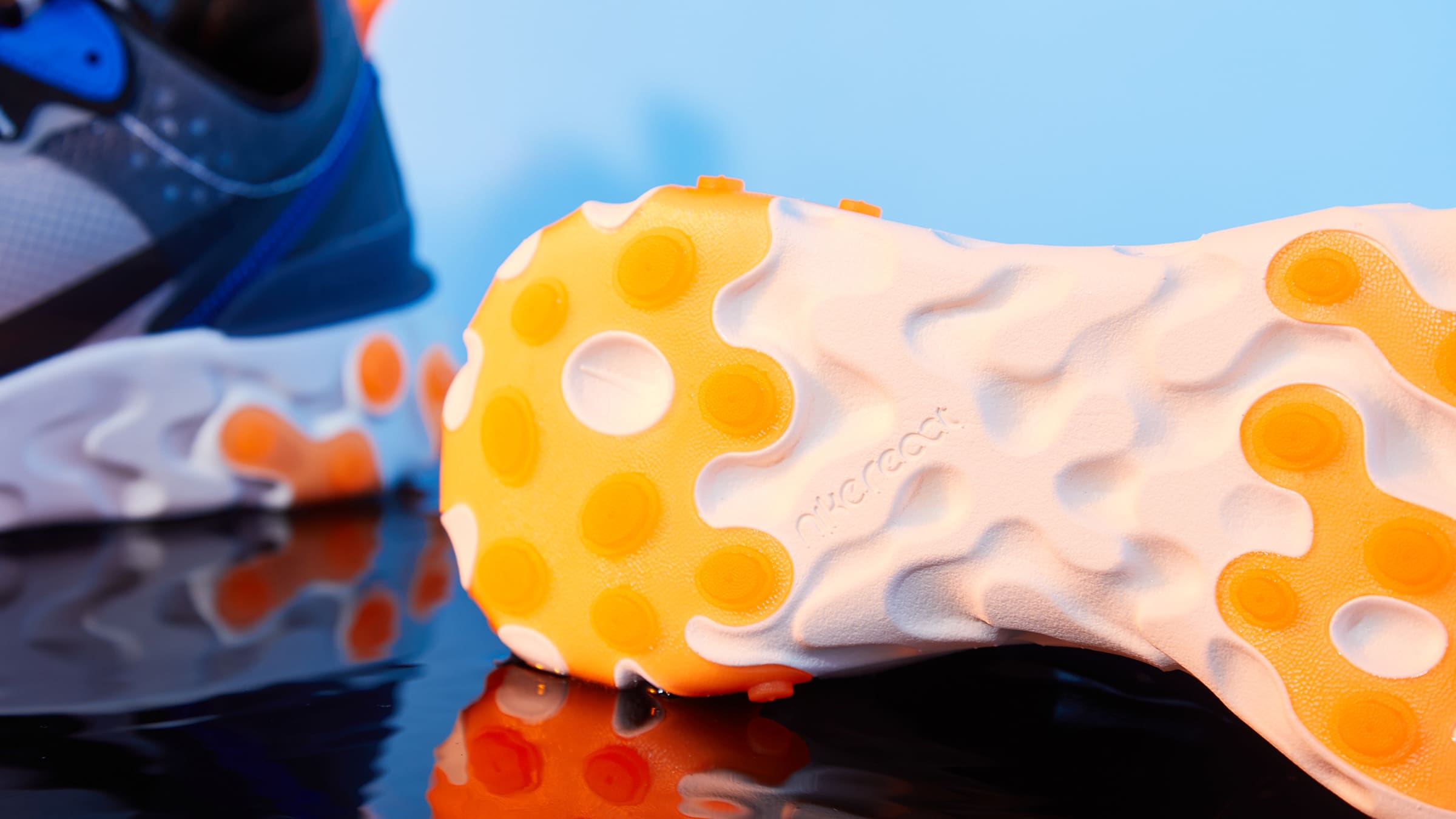 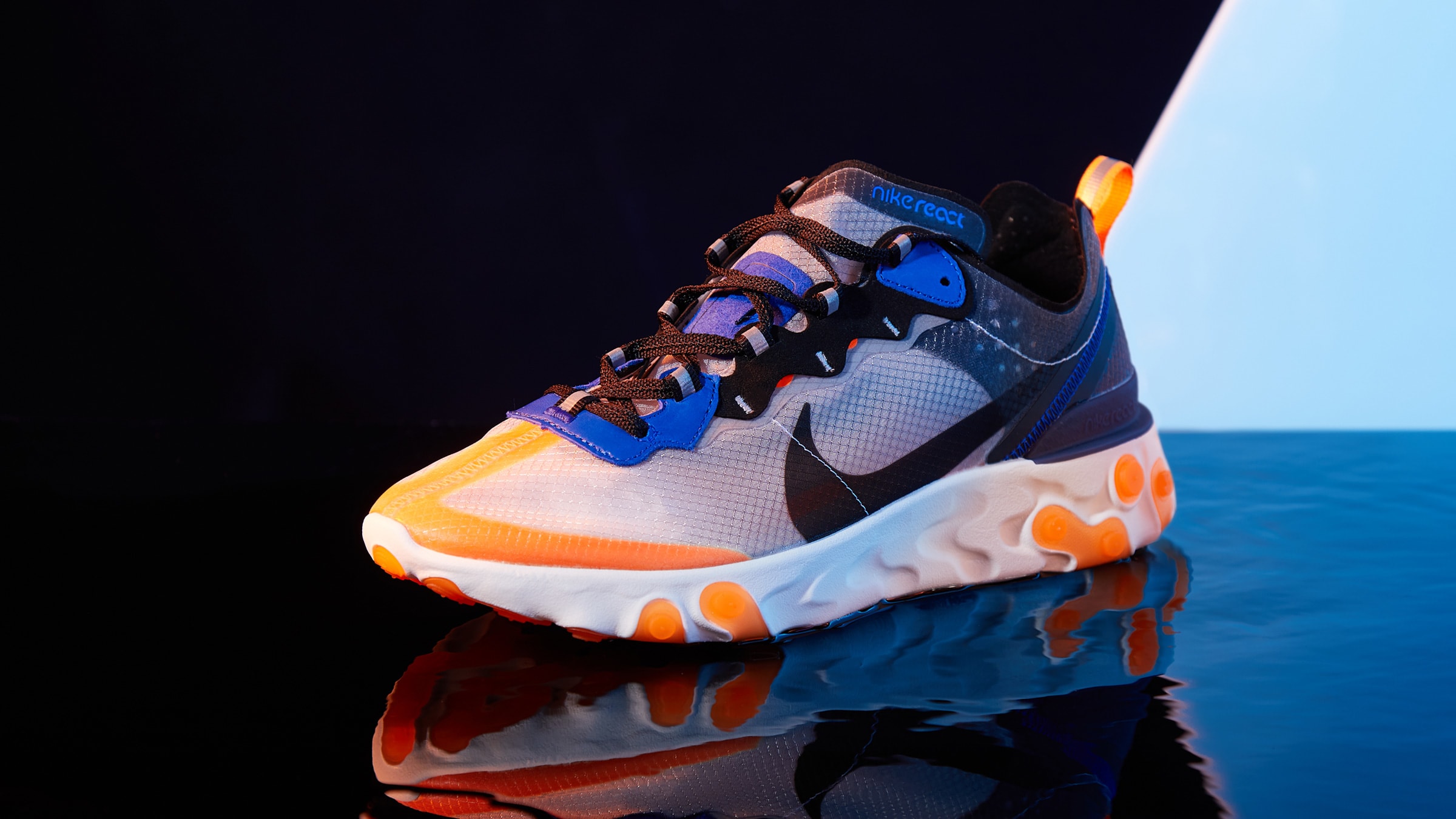 Flaunted on the streets of Fashion Week, this year’s “must-have” sneaker sees Nike release their React technology in three new colourways. Built with a recipe for success, the React Element 87 cements the pressure-mapping technology of the React sole in today’s hyped releases.

Arriving in its first form, the sneaker has hit the ground running this season, with fashionistas and sneakerheads adopting the style into their street style rotation. Nothing if not striking, this orange and blue colouring is on the path to “It”-dom. 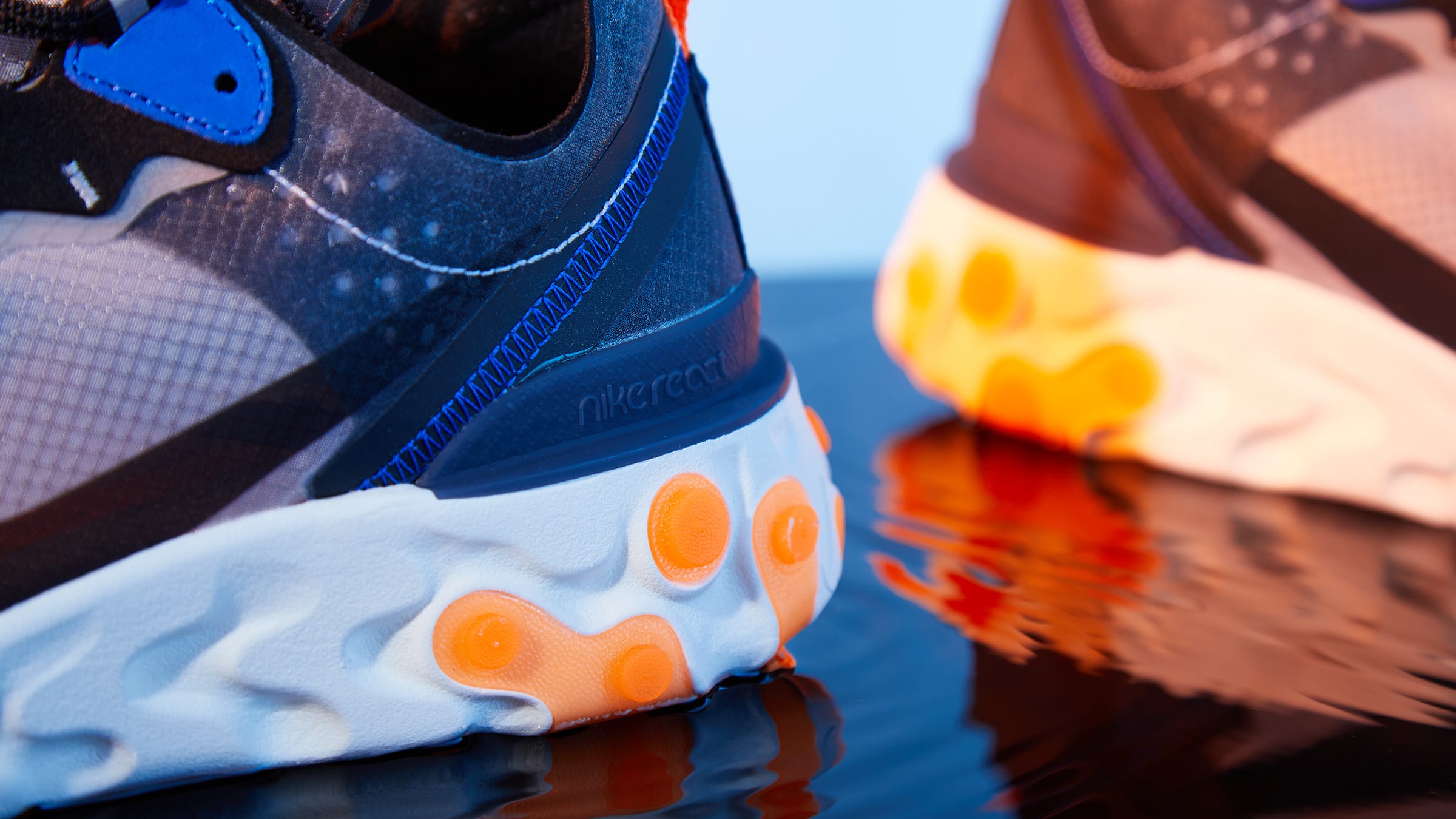