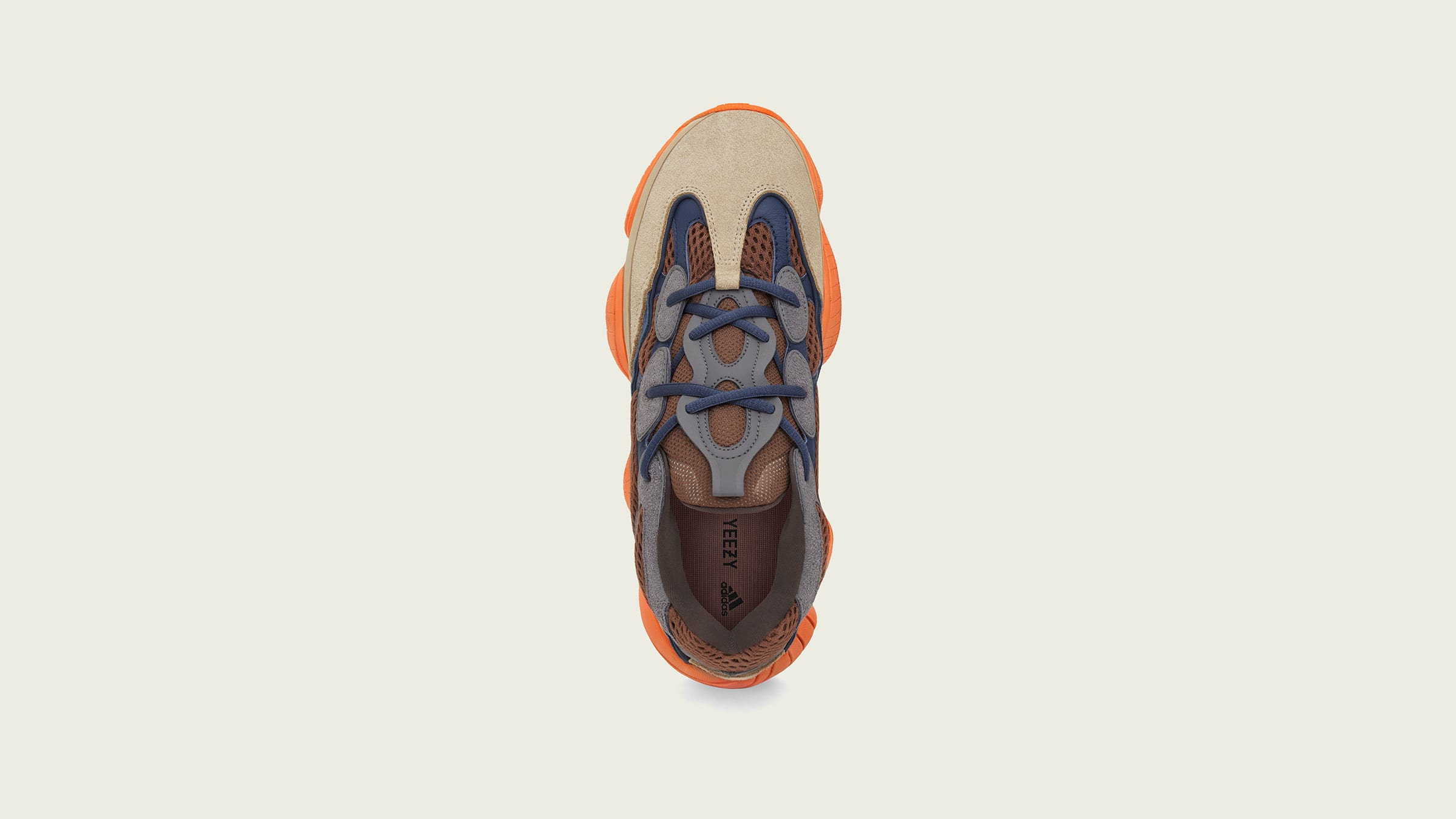 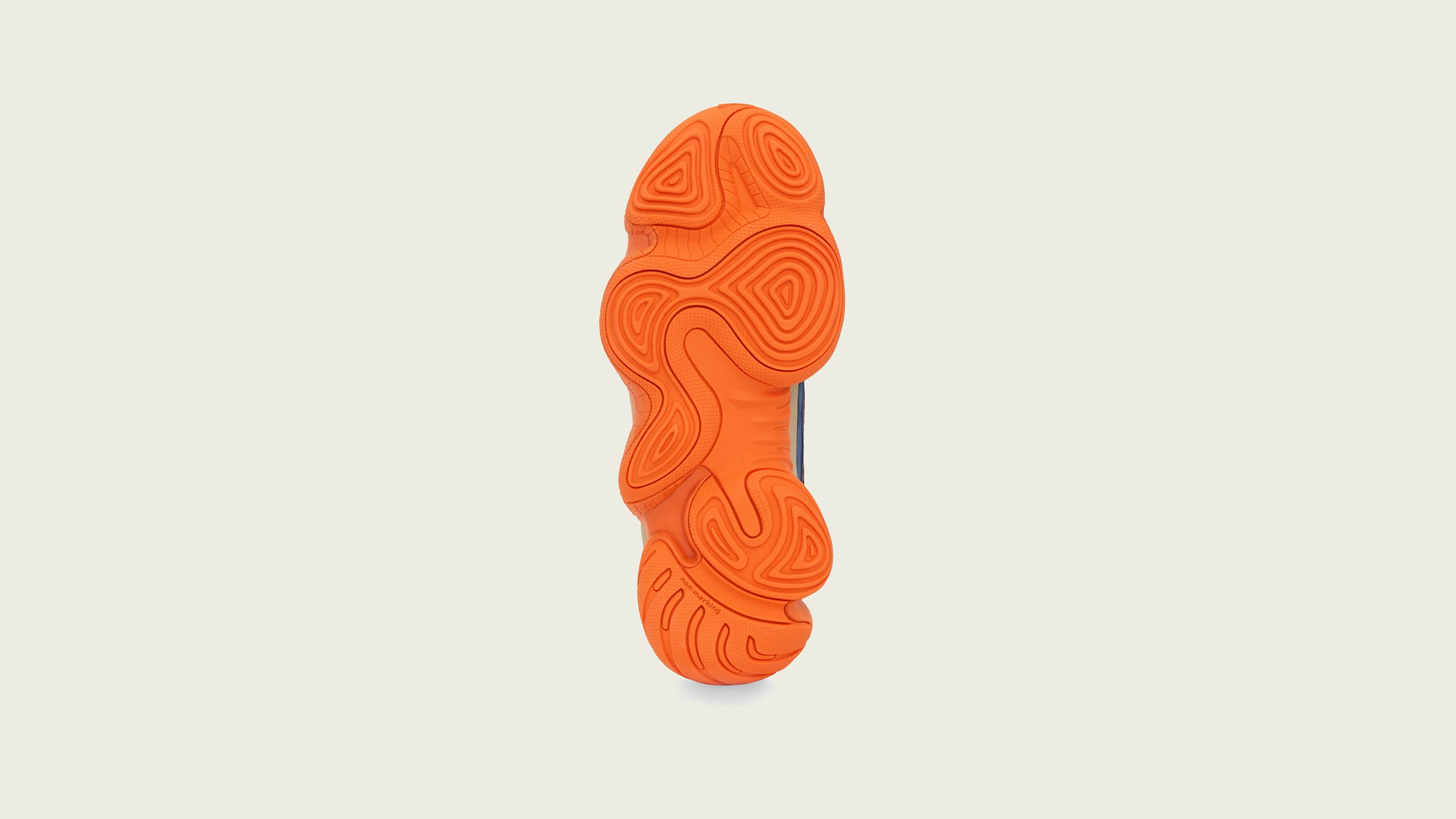 Leans in on its apocalyptic aesthetic. 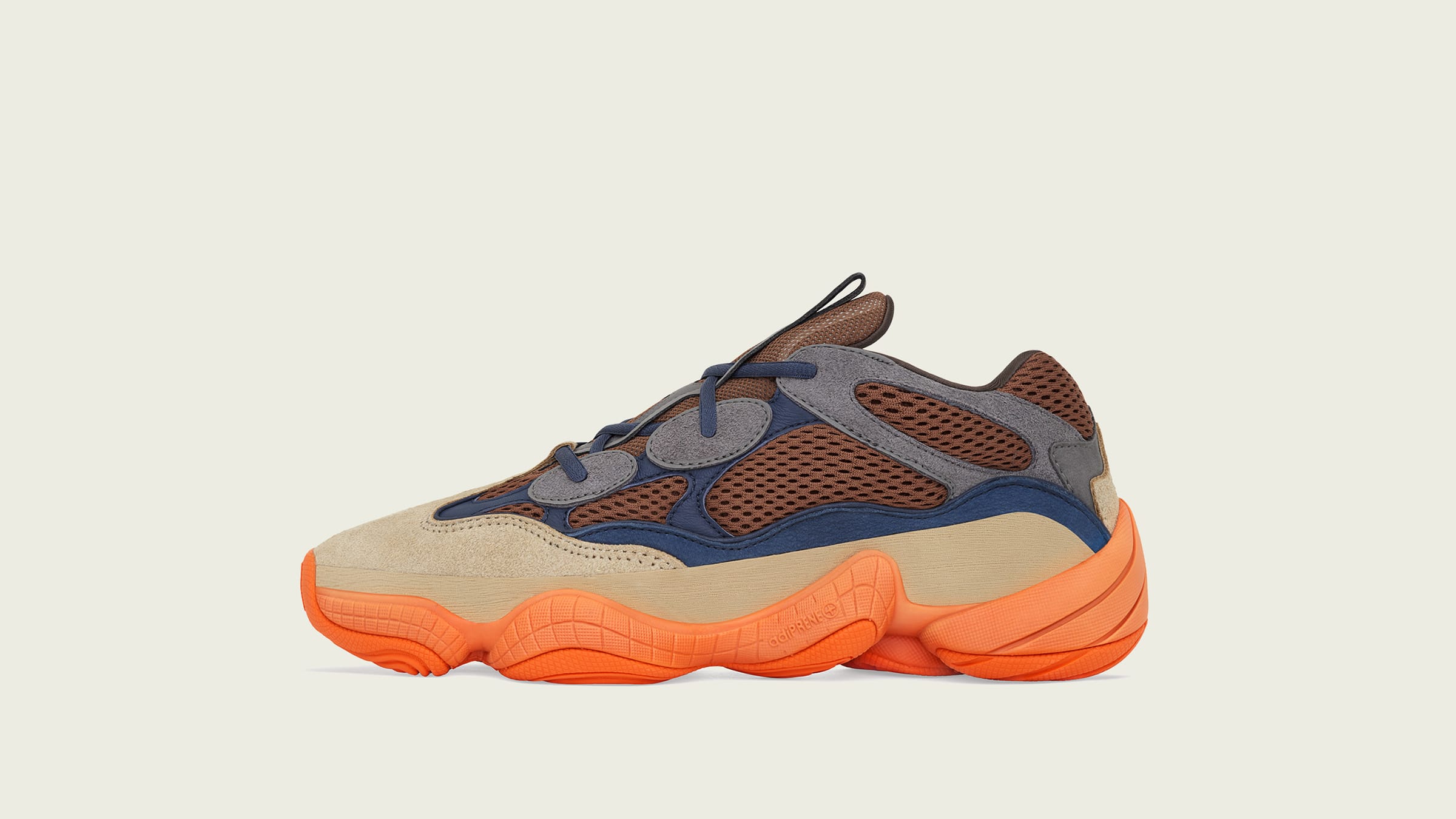 Kanye West’s eponymous YEEZY line fully leans in on its apocalyptic aesthetic with its latest version of the 500: the ‘Enflame’. As its name suggests, it’s covered in fiery oranges and browns, with hits of blue representing the hottest, most powerful part of the flame, too.

There’s no fire without fuel, though, and that’s where the sand tones come in. They reference bark-stripped wood and bring those YEEZY-synonymous neutral tones to the look. While the colourway may be a deviation from the label’s norm, the construction is not — there’s breathable mesh uppers to keep your feet cool and adiPRENE+ technology to keep them cushioned. 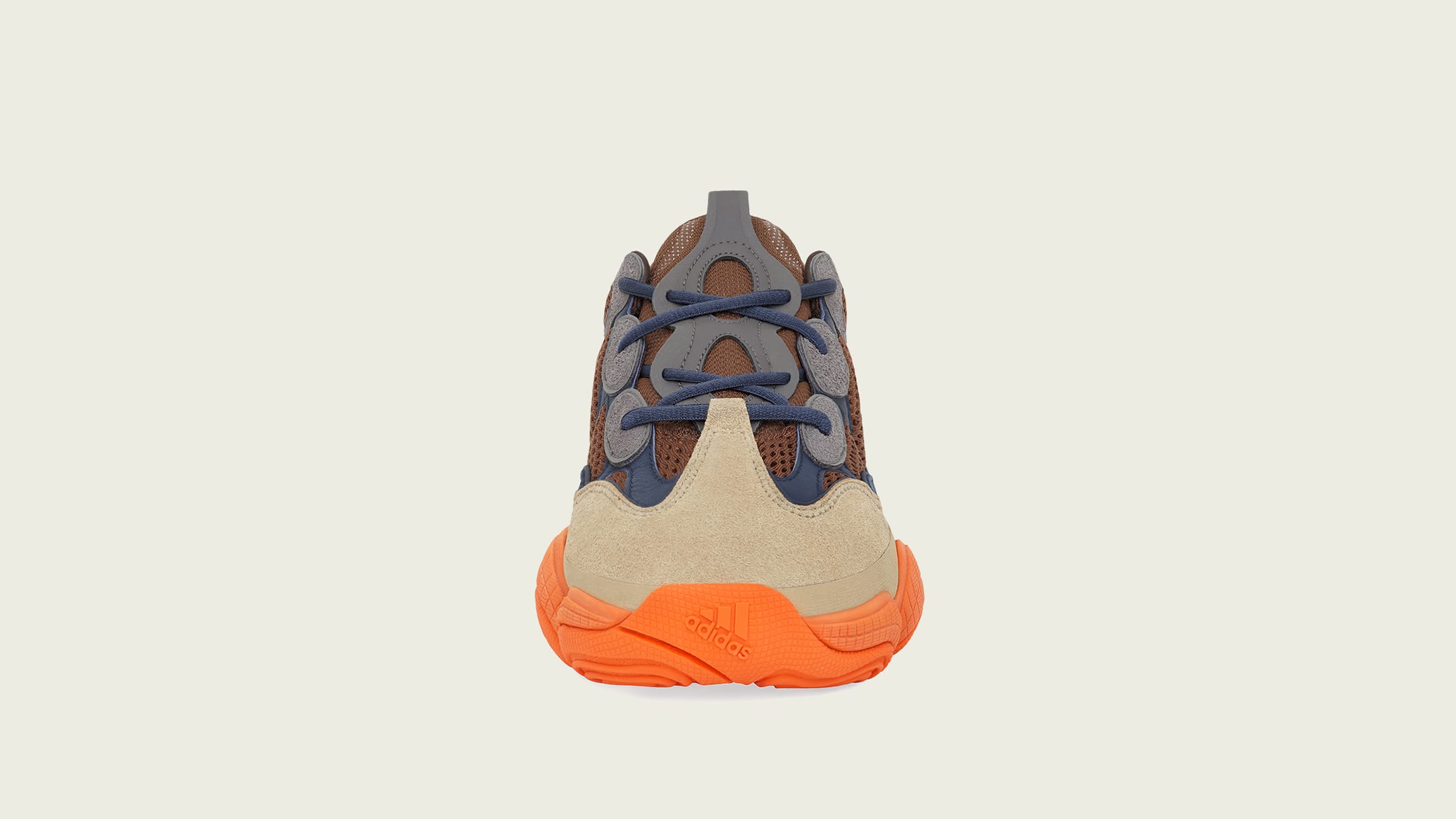